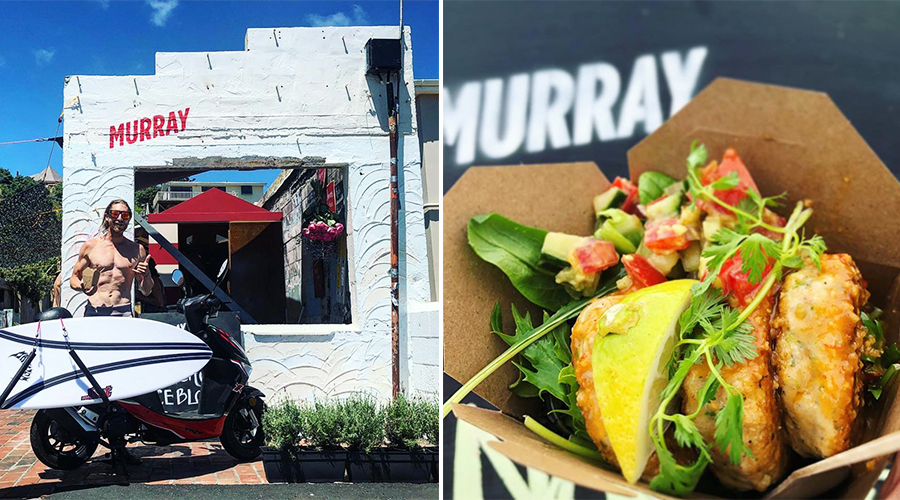 It was on May 7th last year, when a case of arson destroyed the famous Piha fish and chip shop. Being a meeting place that had serviced the community with its quintessential beachside fare for a number of decades, the landlords deemed it their duty to revive the space, rather than leave the burnt out shop neglected for a whole Kiwi summer. Given the rebuild was going to take longer than expected, the temporary solution of Murray was born. 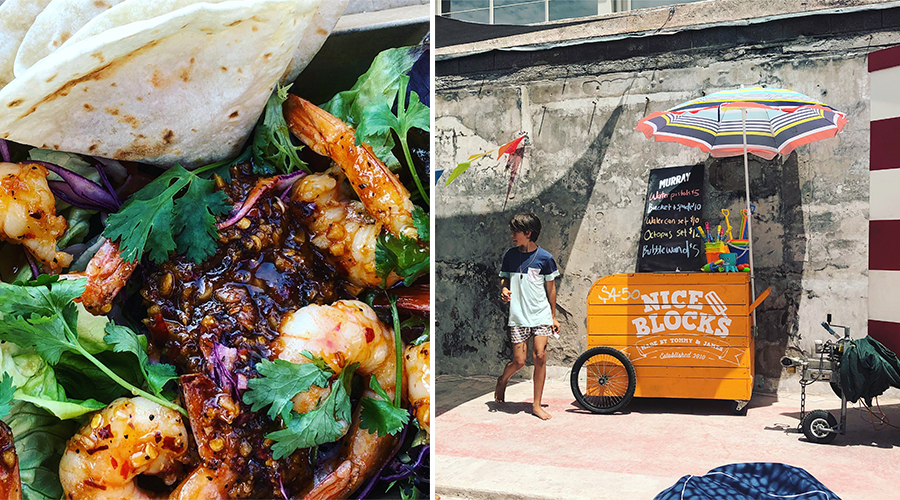 Named after a patriarch, who purchased the property (including the beachfront shop, which he then proceeded to run) with his wife roughly 50 years ago, the May family conceived a food truck concept that that has well and truly taken off. Open only from Friday through Sunday, the team serves fresh and healthy food, backed up by treats like ice creams, homemade cookies and refreshing drinks. 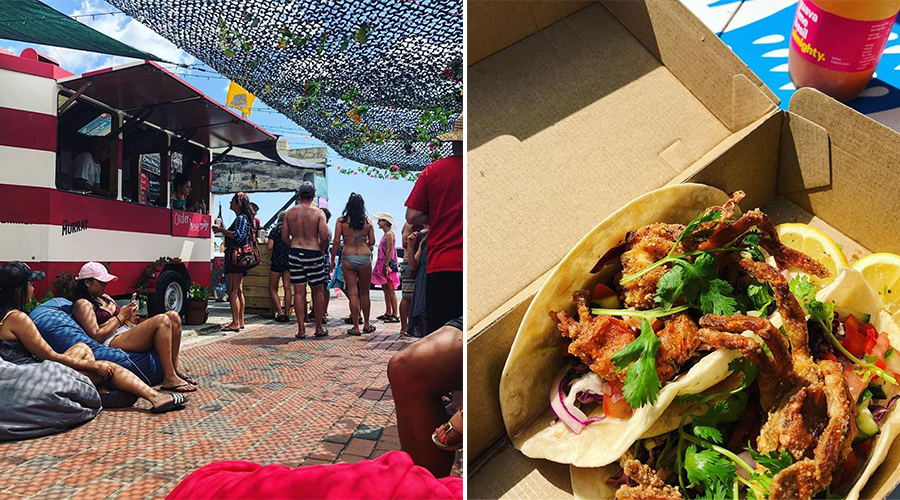 Berlin-esque in its appearance with a crumbling façade and great typography, the space comes alive in the evenings when the fairy lights are switched on. All the food — soft shell crab and beef tacos, seafood dishes, and other delights that are perfect for devouring seaside — is prepared in the red and white striped trailer, made out of marine ply. Having forged a reputation for their delicious mussel fritters and raw fish salads, as well as the red beans with yellow rice which has been a hit with the vegans, we’ll be hot-footing it to the West Coast beach next time a sunny weekend rolls around.

Taco talk: we cover off the 8 best tortilla encased delicacies of the moment