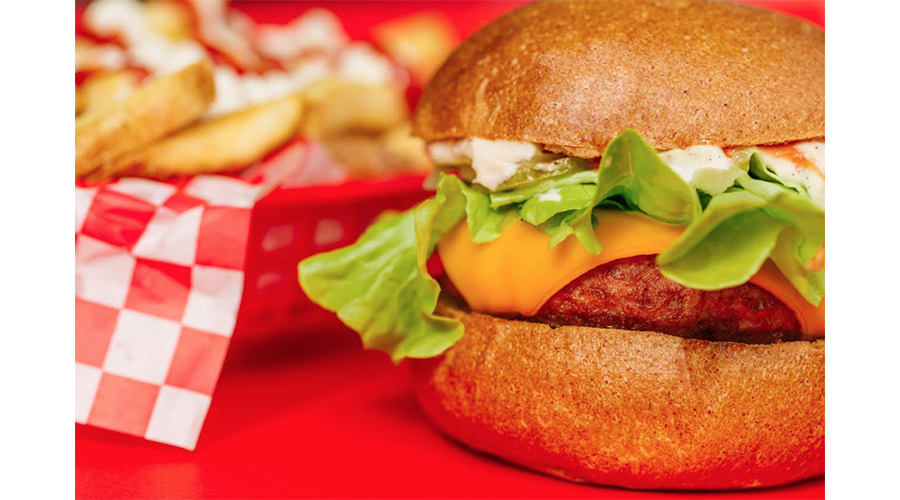 As our collective relationship with meat is increasingly marred by unfavourable ethics and environmental repercussions, we find ourselves more often than not on the hunt for guilt-free ways to satiate our cravings. Serving up a hearty burger with an even heartier motive, the Beyond Burger is a delicious alternative that’s changing the fast food game around the world — and it has just landed in New Zealand for the very first time via vegan fast-food joint Lord Of The Fries.

Thanks to its uncanny, meat-like qualities (taste, smell, texture et al.) the entirely plant-based Beyond Meat company has risen as the front-runner in the global vegetarian sphere, quoting the likes of Bill Gates and Leonardo DiCaprio — among many others — as avid fans and investors to boot. Its hugely reduced environmental footprint uses less water, less waste, and fewer greenhouse gases to produce. Biting into the masquerading Beyond Burger incites a double take; the juicy texture of the pea protein and beetroot extract patty feels like that of the bovine variety and the pink-tinted centre gives the appearance of seared mince beef. A feast to all senses, it’s a meaty experience… without any of the actual meat.

The new burger’s launch has coincided with the opening of Lord of the Fries new Snickle Lane store, furthering the reach of the plant-based fast food chain that takes the cake for being the southern hemisphere’s biggest. With the option to compliment your Beyond Burger with a meat-free selection of delicious eats — think mustard drizzled, onion topped hot dogs, breaded, crispy (faux) chicken nuggets, Kiwi classic ‘phish and chips’ and an array of loaded fries served up with a medley of cold and creamy shakes — you’ve got yourself a fast food haven that’s utterly guilt-free. (Well, almost.)

Available at both Lord Of The Fries restaurants, (on K’ Road and Commerce Street) as of today, we suggest you tuck in your napkins and head on down to sample the Beyond Burger amidst a fast-food feast that will have even the heartiest of carnivores lusting after a bite.

Denizen’s definitive guide to the best burgers in town