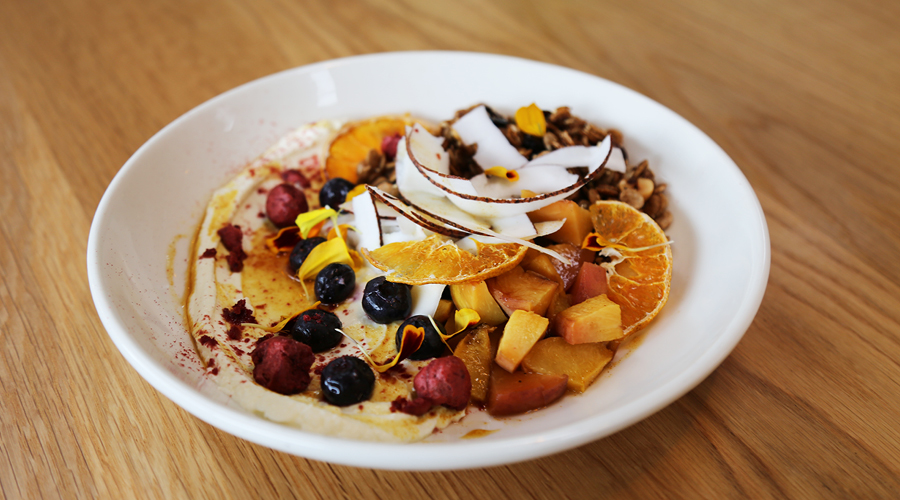 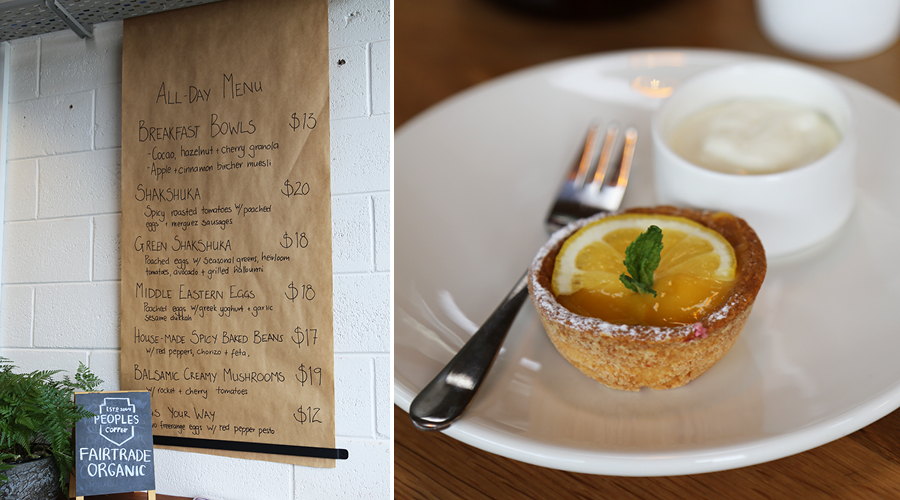 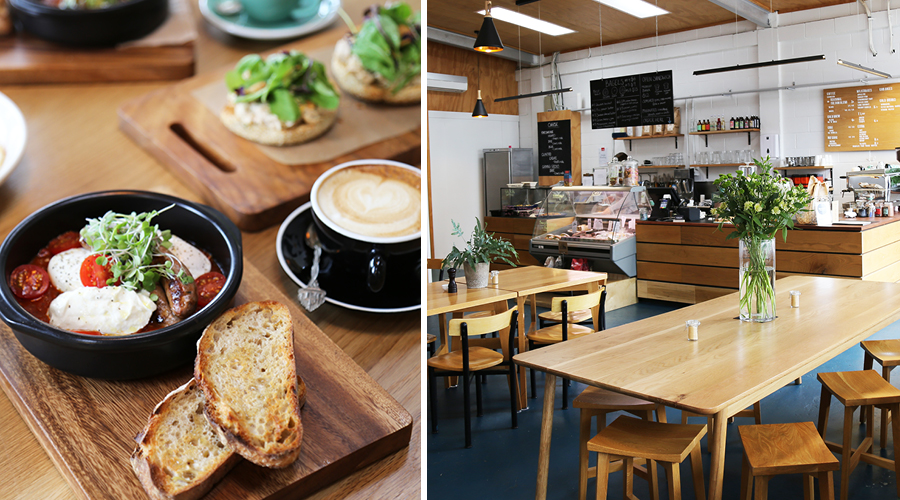 Tucked away on Devonport’s Wynyard Street, a grittier, more industrial avenue than the historic main street, Karavan is the latest addition to the suburb’s culinary scene. Built around an ethos of keeping things local, it comfortably fits into the melting pot of activity where mixed-use apartments sit cheek-by-jowl with motor repair shops, boat builders and commercial offices.

The concept for the cafe grew out of The Little Village Grocer, which closed last year. The pair behind the project — ex-environmental and local government lawyer Brianna Parkinson and her husband Michael Kwok, who completed the fitout — wanted to keep the best parts of the grocer (local cheeses and cured meats, Peoples Coffee and West Coast Cocoa) and add in a full cafe menu.

This they did with a simple, produce-driven array of eats, some of which exhibit a Middle Eastern bent. A signature dish, for example, is the Shakshuka — slow roasted heirloom tomatoes from Eighty-four Ltd paired with L’Authentique merguez sausages, house-made labneh and free-range eggs. Best Ugly Bagels are also on offer using many of the components that are made in-house — jams and chutneys as well as labneh and sauces too. With much of the produce procured from the Parnell Farmers Market and other ingredients sourced from the country’s best artisans, the menu and cabinet are abounding with some of the best local food on offer.

Light and bright, with a soft industrial edge to suit its environs, Karavan is a cafe with integrity that we can imagine the community is thankful for. Beckoning with its friendly, approachable vibe, if you’re in the area, you know where to go.

Denizen’s guide to the best Eggs Benedict in Auckland

Denizen’s guide to the best cafe openings of 2018