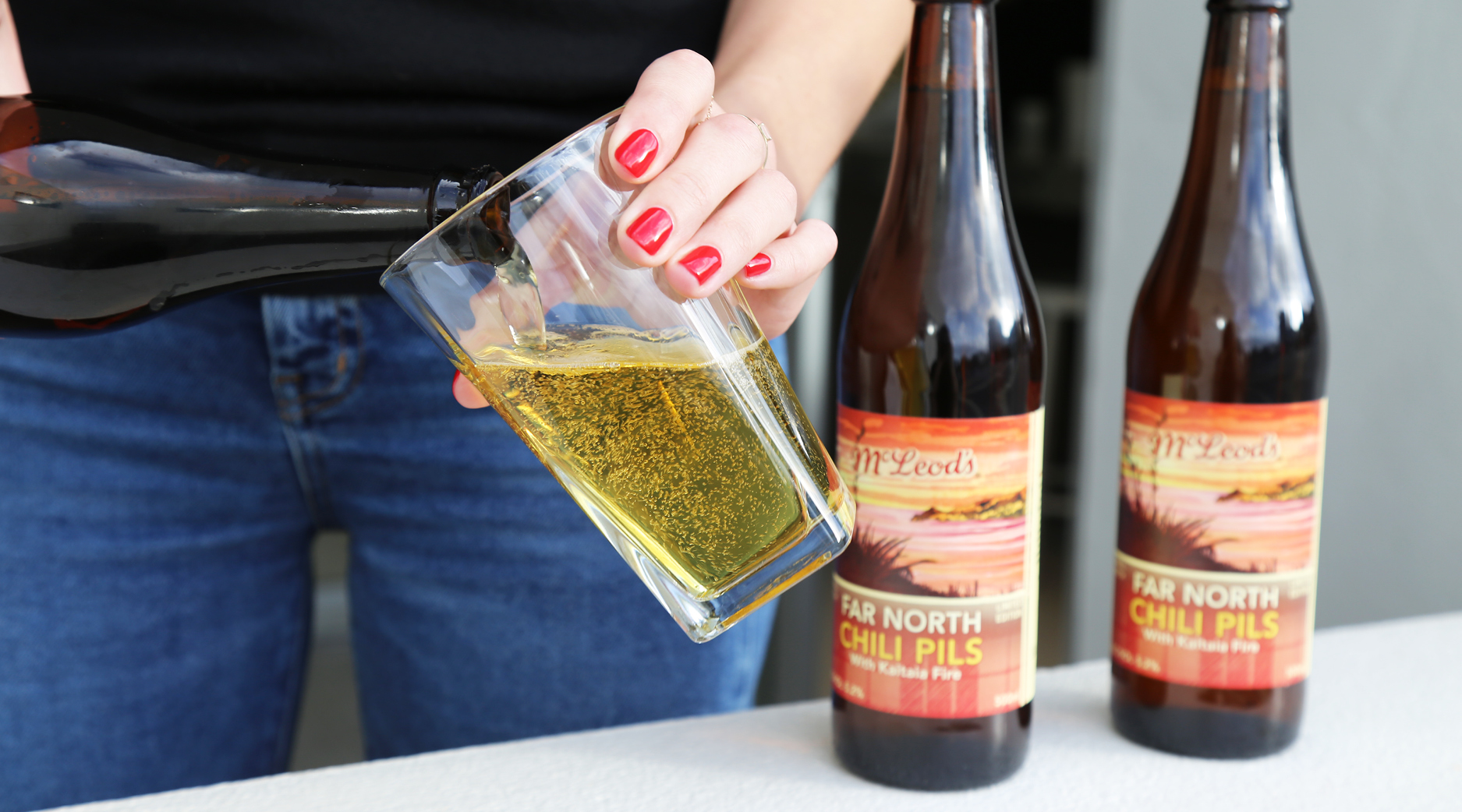 One of our favourite craft breweries, McLeod’s, has just released their most beloved seasonal beer. Newly available at Fine Wine Delivery stores, the Far North Chili Pils is setting palates alight with the perfect amount of kick thanks to the addition of Kaitaia Fire. It is arguably the subtle application of the famous hot sauce, made from chilis sun-ripened in the winterless North, that is responsible for the summer brew’s cult following amongst craft beer lovers in seasons past. Described as ‘lively, carbonated and hoppy with balanced heat’, those who dare to dabble will be rewarded with a beer that’s both feisty and refreshing. We suggest getting your hands on it while you can.