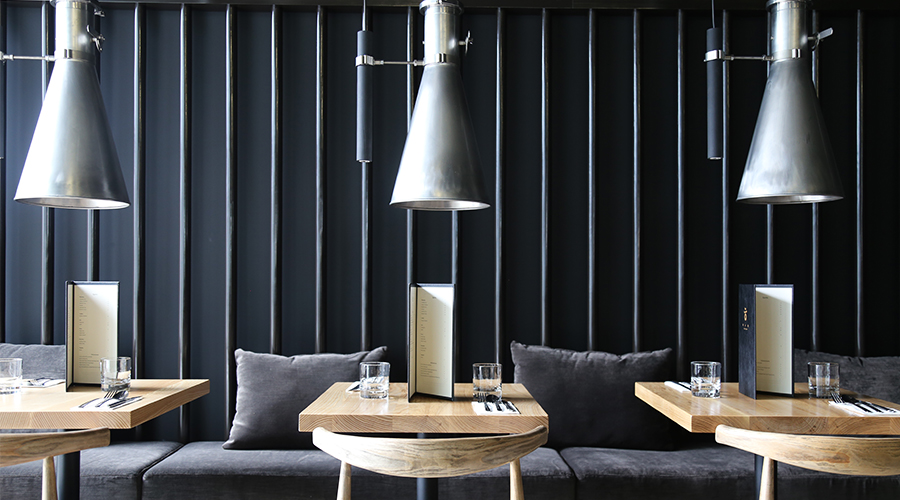 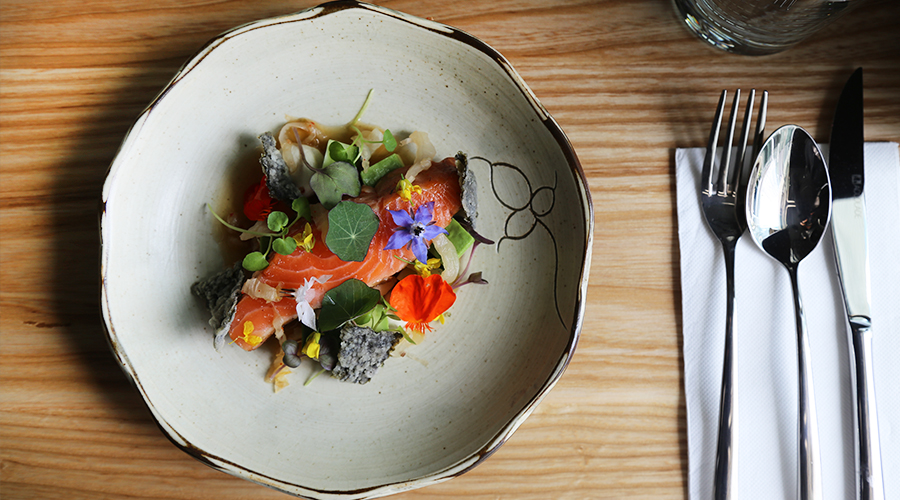 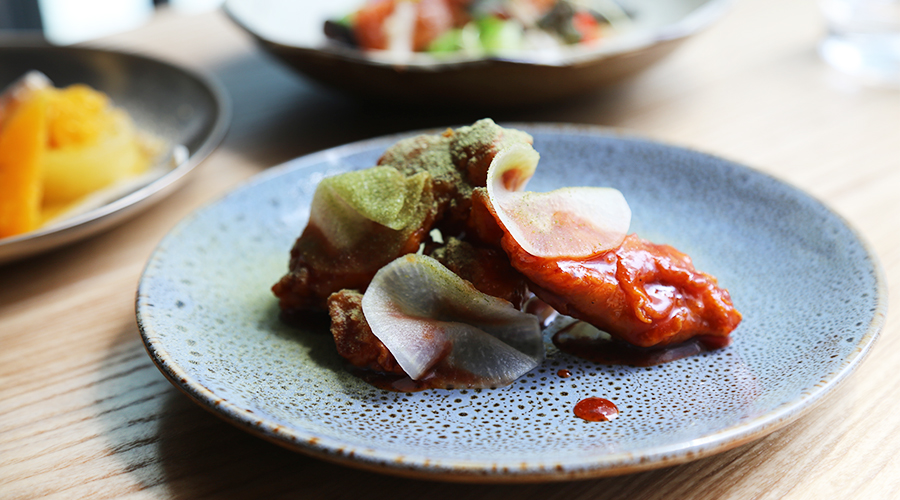 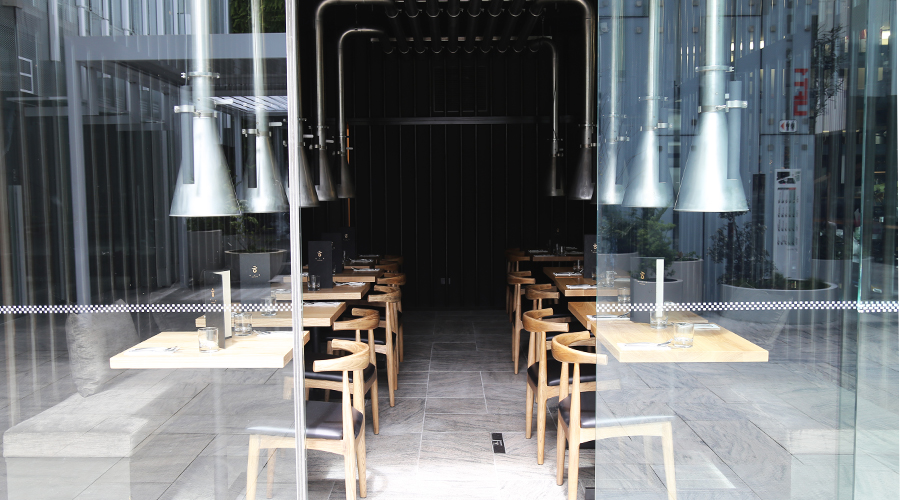 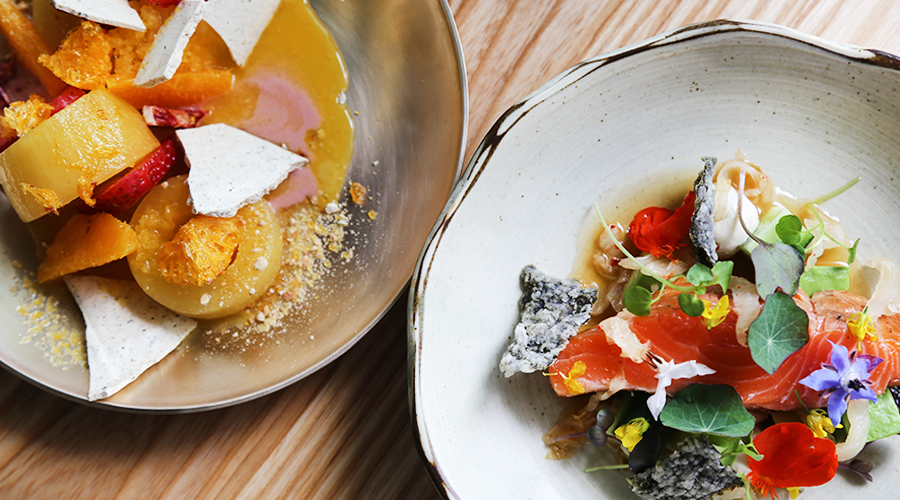 Min Baek and Grace Kwon’s first foray into the Auckland culinary scene began with Uni-Ko — the food truck that wanted to bring fine dining to the streets. Acting as our delicious introduction to modern Korean fare, it was merely a taste of what was to come. Building on its success, the pair have now opened Han, a more permanent home for their refined Asian cuisine.

Located in the heart of a bustling Parnell business block, the restaurant holds its own among its highly regarded neighbours Winona Forever and Shaka Bowl. Aside from the extraction units above each table (for when you barbecue your own food), the interior, designed by Patterson Associates, is minimalist and the colour palette is neutral. The walls are jet black with metal features, dark-grey velvet booth seating runs along either side of the corridor-style interior, while the wooden tables match seamlessly to the leather chairs. The simple yet moody nature of the interior lends well to the colours and textures that will arrive on your plate.

At the helm in the kitchen is executive chef Min, whose culinary skills were mastered under the watchful eye of those at Meredith’s. He’s passionate about food, something that is glaringly obvious as he watches me apprehensively taste his smoked salmon. It comes served with anchovy dashi, seaweed crisp, pickled daikon, cucumber and avocado, and it’s absolutely melt-in-your-mouth delicious. Of course, I didn’t leave without trying the fried chicken too. A popular dish in Korea, although usually eaten with spring onions, Min’s take comes sprinkled with leek powder, pickled daikon and sweet and spicy sauce. Its swift disappearance from my plate should give you an idea of how much I enjoyed it.

You can pair the food with a range of international and New Zealand wines, or try Hwayo Soju, a traditional Korean rice spirit that can be likened to sake. It’s made by a company which has three Michelin stars under its belt so it seems they’re onto a good thing. As are Min and Grace. Han is among a small few eateries offering delicious servings of modern Korean fare. It is a restaurant that we imagine will be welcomed with opened arms.