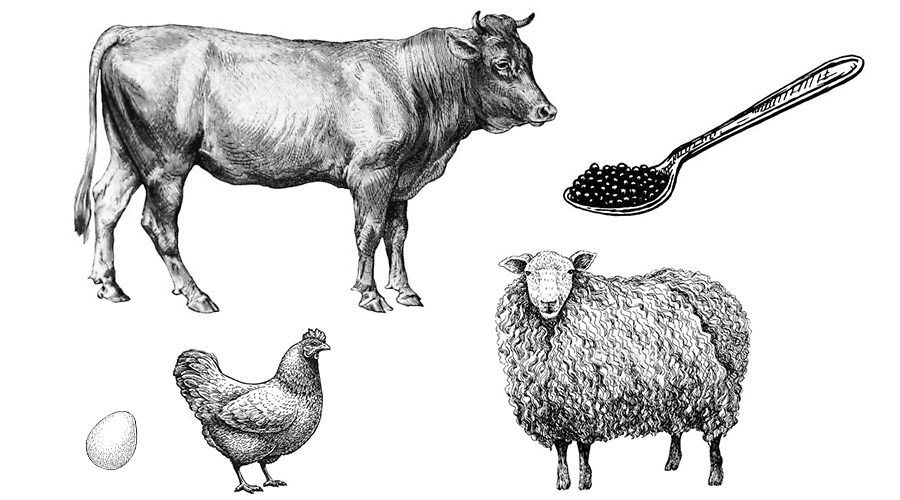 Take a moment to recall the not so distant past, a time when we freely devoured foie gras and the roe of beluga sturgeon flown in from far-flung corners of the world. It was the height of culinary elitism to be ordering Chilean sea bass despite the fact that it was nearly extinct, and the dire wellbeing of the geese used in the production of the aforementioned delicacy was never considered. In the decade or two since those ‘glory days’, the restaurant industry has, in many parts of the world, done an admirable one-eighty. A combination of better-educated consumers and an increased awareness toward the treatment of animals has turned once glamorous dining experiences into retrospectively revolting ones.

It is now an empirical fact that ethically and sustainably sourced food not only tastes better but is nutritionally better for us too. Yet the battle is far from over. The choices we make when eating are still saddled with questionable morality. These days, we might have the wherewithal to select grass-fed beef, free-range organic eggs, and bacon from freedom-farmed piggies when doing our supermarket shopping, but when it comes to dining out, how much of the unethical stuff is still making it onto our plates?

Truthfully, the onus of considered consumption lies as much with the diner as it does the dining institution. With each and every mouthful, come questions for our collective conscience — is our food happy? Is it produced sustainably? And where, exactly, does it come from? Here, are some tips to help navigate the treacherous waters.

Do Your Due Diligence
Eating ethically sourced food should not be considered a privilege, but an expectation. No matter how lofty an eatery may seem, there are still places where the price of meat and produce take precedence for the sake of better profit margins. A great place to start is by asking about the quality of your habitual bacon and eggs (in any incarnation) from your local cafe. A recent Denizen survey resulted in roughly 50% using free-range organic eggs and only a select few proffering freedom-farmed bacon. When it comes to the chicken, what you might find surprising is that almost all standard free-range chicken still comes from the hyper factories that are Tegel and Inghams. Industry insiders admit that these juggernauts pack the same product into alternatively branded packaging so that consumers feel as though they are buying from smaller, boutique farms.

No matter what meal of the day, consider it your duty to ask, at the very least, where your meat has come from, even more so if it’s pork or chicken. The good news is that we already seem to be doing this. Various chefs we spoke to have noted a definitive shift in their patrons’ habits, with more diners enquiring as to the origins of their meat. To ask specifically whether it has been ethically farmed puts the waitstaff and, by proxy, the kitchen on the spot. Making suppliers part of the general conversation in a restaurant is a crucial part of the process. Which brings us to the next point…

Know Your Suppliers
Ideally, being able to recognise a meat supplier should be like recognising the make of car you’re driving. But this isn’t always easy. Hawke’s Bay’s Bostock family are pioneers in the organic realm. Patriarch John Bostock started out fighting the apple industry’s Goliath regulators to produce the country’s first organic apples. And it would seem his sons haven’t fallen far from the tree with Ben and George Bostock taking the baton and venturing into the organic chicken industry.

Bostock Brothers supply notably delicious poultry that has been raised in chalets on a sunny Hastings plot. Free from chemicals, antibiotics, hormones and genetic modification, it is only once they are fully feathered that the deluxe birds ‘get sent to a better place’. If you keep your eyes peeled on menus around town, you are sure to start noticing the superior product available at many of Auckland’s best eateries including Soul Bar & Bistro where they have a namesake dish.

With our national love of seafood comes the charged subject of sustainability and concerns of overfishing. Bring up the subject of whitebait and you can expect to be confronted by at least one or two campaigners who will tell you of the growing concerns around supply. A delicacy close to the hearts of most Kiwis, it can be hard to reconcile the dire status of the immature fish with our insatiable appetite for them. Thankfully, a company called Manāki Premium New Zealand Whitebait has emerged as the country’s (and the world’s) first sustainable whitebait farm and fisheries spokespeople are hailing it as the one thing that could rectify the wild stock that is in steady decline.

With some freshwater scientists predicting that certain species of whitebait could be extinct within 20 years, tighter controls on commercial catches are expected to be implemented. Surprisingly, there are none on what is an incredibly lucrative industry. The whitebait season usually takes place from mid-August through to the end of November but within three years, Manāki will be able to supply the coveted delicacy year-round.

Furthermore, our obsession with fleshy white fish such as the snapper and hāpuku means that these are the species most susceptible to overfishing. If restaurateurs opted to source and serve fish not typically featured on mainstream menus, they would diversify the palates of consumers. This, of course, is a two-way street where decisions largely come down to customers’ tastes. Again, it is up to us to expand our culinary horizons. When Britomart restaurant Amano first opening, Executive Chef Jo Pearson made it the restaurant’s mission to use only ‘seasonal’ seafood as opposed to the species that are heavily fished 12 months of the year. Notably, these ‘alternative’ species (piper, herring, garfish and the increasingly trendy sardines) are now de rigueur.

Embrace Flexitarianism
Eating ethically can mean foregoing a food group altogether and in this case, we’re talking meat. The rise of flexitarianism (eating predominantly, but not strictly, vegetarian) was born from the awareness of the environmental effects of industrial meat farming. Choosing to eat meat-free, even for just one day of the week, or simply choosing to cut one kind of meat from your diet altogether, would have a profound effect on global demand if we were all to get on board.

As flexitarianism gets more and more traction, so too does the space for plant-based eateries that have blown up in culinary capitals around the world. Locally, The Butcher’s Son in Herne
Bay has made waves as a vegan cafe that serves traditionally meat-heavy dishes with delicious protein alternatives. Chicken burgers that look and smell every bit the part are entirely meat-free, with no compromise on taste. It’s not so much palatable as downright tasty and something we should all be trying.

While it’s easy to pass the buck to the people procuring and serving the culinary goods, there can be no denying that the demand for high-quality food comes largely from us, the customer. Even if PETA protesters aren’t standing outside with their picket signs demanding change, it’s not to say we can’t be better. We can ask, we can educate, and, of course, we can boycott. And after it all, the saying should really go: ‘winner, winner, free-range organic chicken dinner’.

10 insanely delicious things you should be eating right now