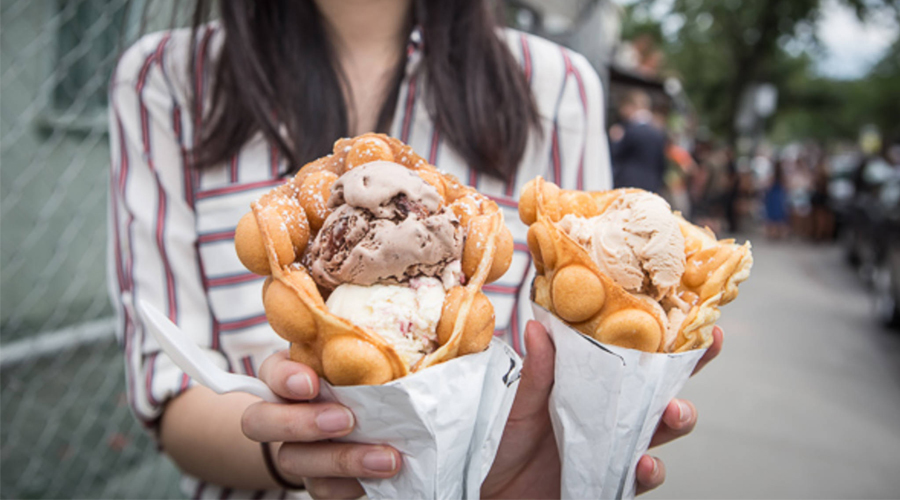 Fluffy golden cakes, dotted with crispy dough puffs and smothered in lavish toppings, the egg waffle is taking the street food scene by storm. One of Hong Kong’s most iconic roadside snacks, it is thought to have got its start as a way to put damaged eggs to good use. Originally served au naturel or with savoury accompaniments, the modern iteration has taken a delightfully gluttonous turn, seeing the bubbled beauties adorned with ice cream, lashings of whipped cream, chocolate — generally all things naughty and nice.

Already an Instagram sensation, within Auckland we’ve discovered that food truck Nitro Cow has added the egg waffle to its menu. Partnering the chewy delicacies with gelato and a bevy of toppings from caramel sauce to sprinkles, they’re delivered warm from the press, curled into a cone. Spreading the good word of the waffle at markets across the city, the best way to track the truck’s whereabouts is through the Nitro Cow Facebook Page, though we do have it on good authority that they will be setting up at the East Auckland Lego and Toy expo on Saturday 6th and Sunday 7th May — what better excuse for a family outing?

If you bake one thing this lockdown, make it these heavenly cinnamon and walnut scrolls