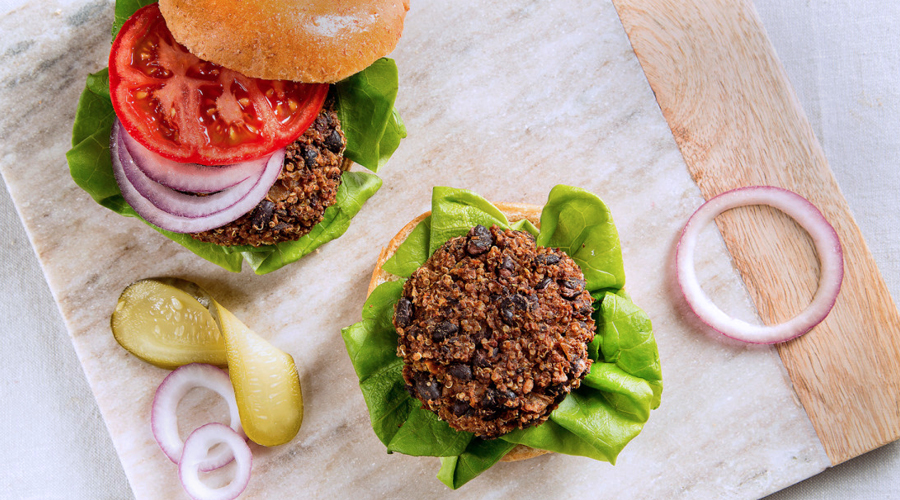 It’s been a few months since we first began our regular Denizen in The Kitchen series, supported by Fisher & Paykel, and since that time the seasons have changed. What began with a soul-warming, hearty winter’s soup has evolved into something more appropriate for sunnier climes. The latest addition to the series? Bean burgers, potato wedges, and mounds of accompanying coleslaw.

As the token vegetarian of the group, when my time to get busy in the kitchen swung around I found myself panicked as to what I could make — persuading a group of meat eaters to turn to the veggie side for a shared meal is no easy feat. After toying with numerous meat-free meal alternatives I eventually landed on the classic, for burgers mark the change in the seasons like nothing else, and I’ve never seen anyone turn down a golden, crispy wedge.

Not only a crowd-pleasing bite but simple to make too, all it takes is a bit of prep work, Fisher & Paykel‘s sparkling suite of appliances and a dash of creativity — especially when it comes to the burger’s ‘stacking’. For the ultimate well-built stack, I opted for the likes of mushroom, pickles, red onion, mozzarella, tomato and lettuce, but feel free to chop and change these as you see fit. Of course, no burger is complete without a beverage of the beer variety, so we recommend you make like the Denizen team and pair yours with a cool, refreshing Peroni — summer is definitely coming, and we’re all for it.

The ingredients below were enough to make lunch for a team of 10, with plenty left over for freezing. (Or second servings, we’re not here to judge.)

Method:
For the burger sauce:
Mix four tablespoons of mayonnaise and one and a half teaspoons of dijon mustard together in a bowl, season to taste.

For the burgers:
To prepare the patties, begin by halving, deseeding and finely chopping the chillis before trimming and finely chopping the spring onions — place them both in a mixing bowl. Next, drain the beans and pat them dry with some kitchen paper before adding them to the bowl. Then add the breadcrumbs. Season the mixture with salt and pepper and then scrunch the bean mixture together with clean hands. Divide the crunched product into balls, flatten into patties and place into the fridge to chill for 10 minutes. 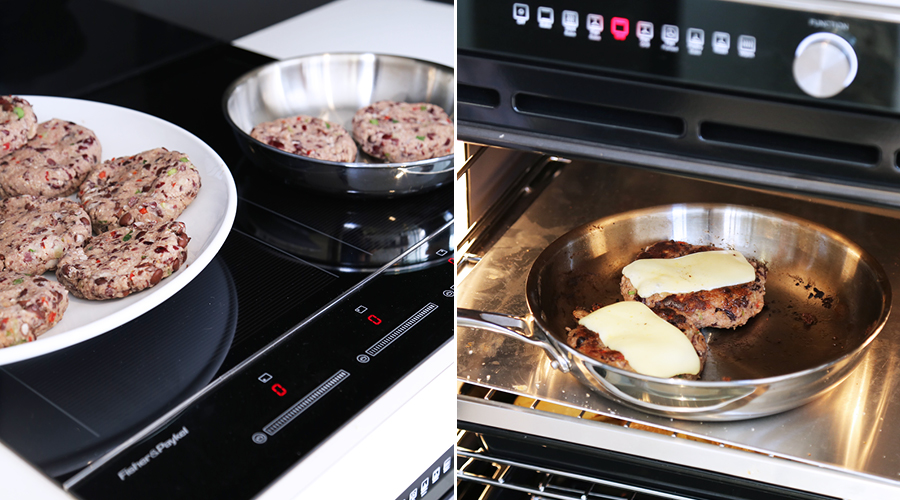 Once chilled, remove patties from the fridge. To cook, heat one tablespoon of oil in a non-stick pan over a medium heat. When the oil is hot, fry the burgers for four minutes on each side, or until golden brown. (If they start colouring too quickly, be sure to reduce the heat a little bit.) While the burgers are cooking, in a separate pan fry the flat mushrooms in a tablespoon of oil until soft, and grill the sliced open bun halves until ever so slightly toasted. Once the burgers are cooked, top with a slice of mozzarella cheese and place under the oven’s grill for a few minutes.

Now for the stacking: place the two bun halves on the plate and smear them both with the burger sauce. Top the bottom half with some shredded iceberg lettuce, the hot cheese-smothered burger, a cooked flat mushroom, a slice of beef tomato, a few red onion rings, and a small handful of McClure’s pickle slices. Place the top of the bread bun on the stack and serve.

For the wedges:
Preheat oven to 180°C before cutting each potato into wedges and putting them into a bowl. Toss the potatoes with oil, salt, pepper, garlic powder and paprika before arranging in a single line in a greased baking tray. Pop into the oven and bake until golden and crispy.

For the coleslaw:
For this summery side, roughly chop the red cabbage and carefully peel the carrots. Slice the red onion and mix them all together in a large bowl. Mix together the mayonnaise and mustard before adding it to the bowl, use hands to combine the mixture.