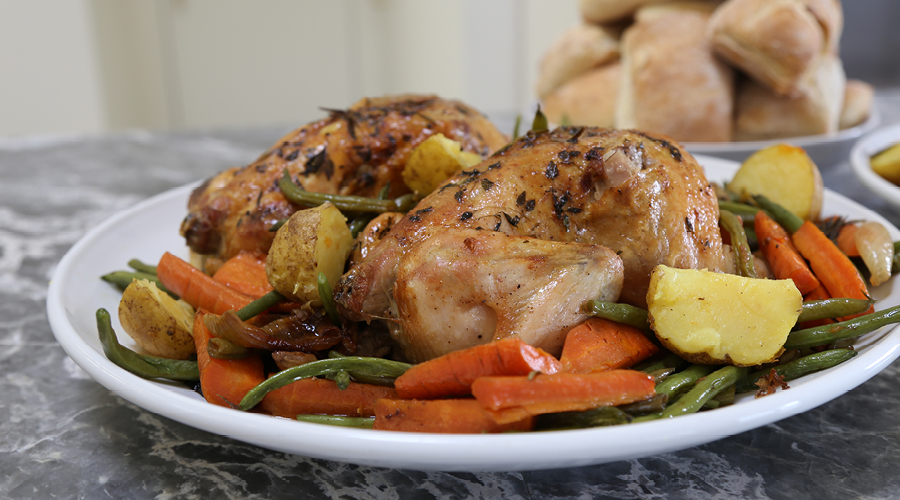 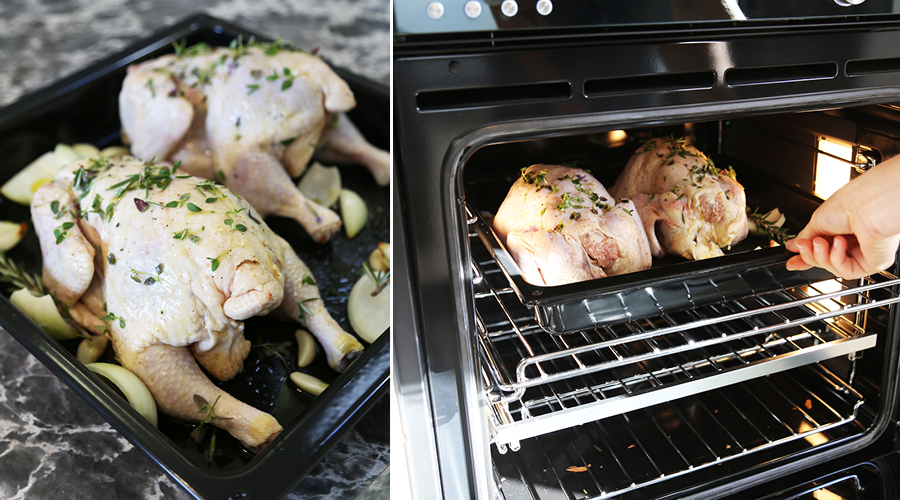 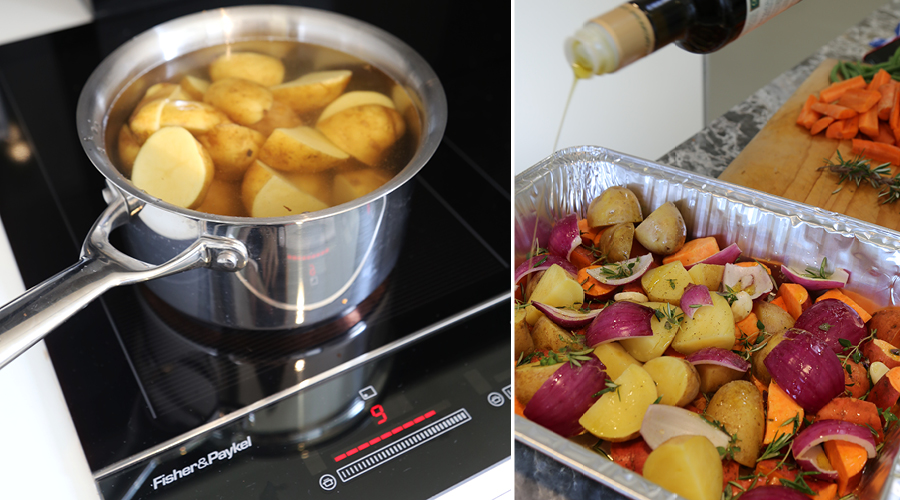 It’s that time of the month again. July has come in thick and fast and as we enter the last week of this notoriously chilly month we thought it the perfect time to undertake the third instalment of our Denizen-In-The-Kitchen with Fisher & Paykel series. This time myself and one of our designers, Clara, recreated a family classic — the roast chicken.

Despite many complex recipes being thrown around in the lead-up, we both eventually had to admit to ourselves that we really weren’t as competent in the kitchen as we thought. So, we discarded the 50-step, three-course Michelin-worthy meal plan we had originally dreamed up, and instead opted for something more simple. Foolproof, if you will. And considering our Fisher & Paykel in-built oven came equipped with a ‘roast’ function, a hearty lunch of chicken and crispy veggies felt altogether appropriate. Despite the fact that neither of us had actually made a roast chicken on our own before, it was with a bit of common sense, a splash of perseverance and whole lot of help from the appliances we had at our disposal that we ended up with a wholesome, filling, delicious lunch to share with the rest of the Denizen office.

Now, we know you probably have your own tried and true roast chicken formula already, but this one turned out pretty damn well (if we do say so ourselves). So here’s how to recreate it at home.

Method:
First, prep the chickens. Place the two chickens side-by-side in a roasting tray. Get all up in their grill by pricking the lemons with a fork and popping one inside each chicken along with a few cloves of garlic, some salt and pepper and fresh thyme. To the outside of the chickens, generously pour olive oil all over and rub with salt and pepper until covered. Cut one brown onion into chunks and place in the tray around the chickens. Place a few cloves of garlic in the tray as well as some fresh thyme and sprigs of rosemary.

Preheat the oven to 190 degrees Celcius. The next step all depends on timing. The chicken will probably need to be in the oven for about 90 minutes so time accordingly. We decided to put the chicken in for 45 minutes by itself first, before adding in the vegetables on the oven’s upper rung for a further 45 minutes.

To prepare the vegetables, thoroughly wash the Agria potatoes, kumara, carrots and beans. Chop the potatoes into chunks before parboiling them, waiting for them to cool off on their own and adding them to a baking tray. Cut the kumara into similar size pieces as the potato, section up the carrots, and cut the red onion into quarters before separating and adding all to the tray. Once everything is assembled, pour over some olive oil, a dash of maple syrup and generous sprinklings of salt and pepper. Toss to mix and place into the oven around 30 minutes after the chicken has gone in. Set the green beans aside on another board.

Once the chicken is in the oven, check it occasionally and scoop up some of the liquid in the tray with a large spoon to pour back over the meat. This keeps the chicken juicy. Do this with chicken stock every so often as well.

Occasionally toss the vegetables around to ensure they all cook evenly, and once the chicken only has about 15 minutes to go, put the green beans in the tray with the two chickens. Cover with the juices and leave to cook for the last stretch.

In a pan on the stove-top, prepare the gravy by melting butter over medium to low heat before whisking in flour for a few minutes until the mixture turns a light brown. Gradually add in broth and salt and pepper and continue stirring until the desired consistency is reached. The amount of stock and flour you use will depend on how many people you are cooking for. When the gravy is close to done, keep it warm on a low heat and stir in some of the liquid from the bottom of the chicken tray before serving.

When the chickens are done, pull them out and place in a large dish. Do the same with the vegetables. Season and sauce to taste before serving with a freshly buttered ciabatta roll.