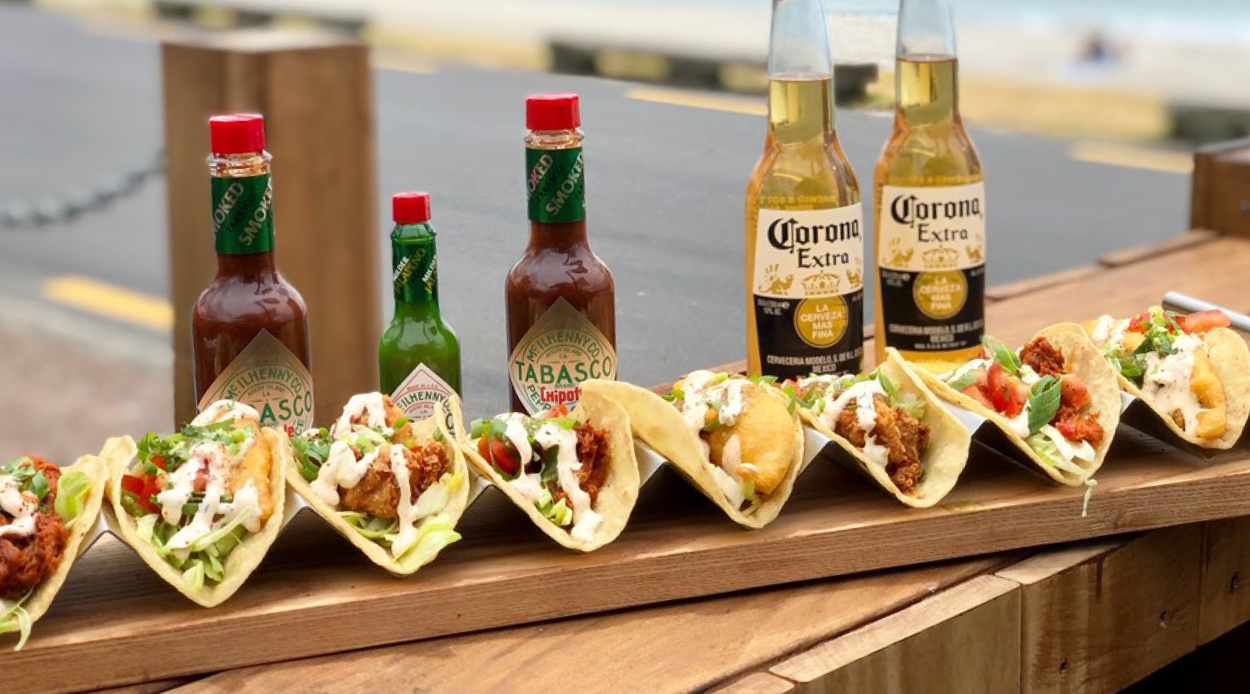 Dining out has transformed from patrons ordering their own, individual meals to groups preferring to graze on sharing plates instead. And it’s the easiest way for people to get the food they like in a setting where everybody wants something different. Recognising the importance of offering something for everyone, Waiheke beachfront spot, Charlie Farley’s has created a dish that is perfect for a casual lunch with friends — the taco board.

Causing us to round up the troops and flock to the ferry, Charlie’s all-encompassing taco extravaganzas are well-worth the journey to Waiheke. Seeing eight tasty delights served with a variety of fillings, including crispy chicken, Texas BBQ pulled pork and battered fresh fish, the tacos come with a drizzle of (optional) hot sauce from The Lucky Taco and are perfect washed down with a crisp beer.

Delicious, satisfying and served in a beautiful setting, the only hard part will be getting the group to decide which fillings to include in the line-up. But once on the table, they’ll make you feel like you’re reliving the summer season all over again.

Taco talk: we cover off the 8 best tortilla encased delicacies of the moment