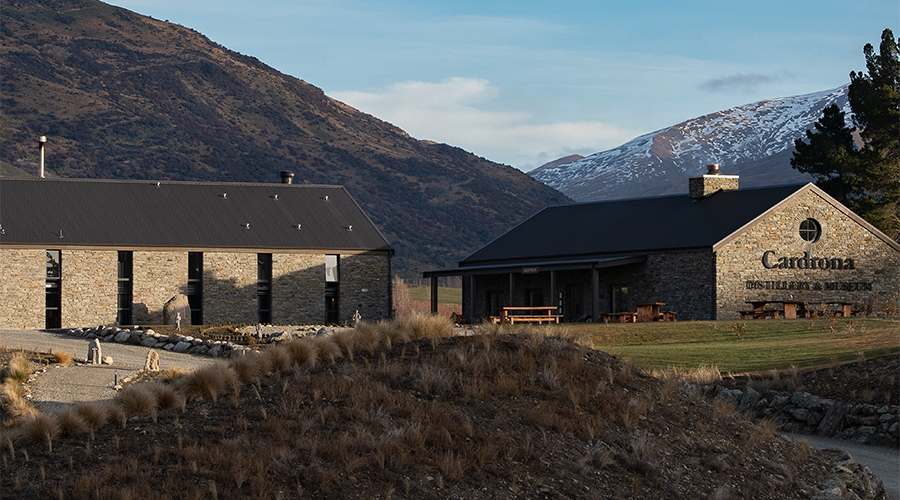 As with a fine cheddar cheese, an esteemed bottle of wine, and a cherished pair of Levi’s, whisky is something that only gets better with age. In fact, it takes the handcrafted libation a long three years before it can technically earn the moniker ‘whisky’, and, in the case of Cardrona Distillery’s single malt, another seven before it matures into the hotly anticipated signature 10-year-old. Indeed, the road to crafting the perfect water of life is a long one, but if Cardrona’s three-year-old, taste-of-what’s-to-come is anything to go by — it’s a journey that’s well worth the wait.

It was the fifth of November this year that marked the momentous occasion for the family-run distillery and its single malt, whose third birthday owners Ash and Desiree Whitaker had been counting down to for quite some time. “It has been nearly eight years work to reach this point,” they explain, divulging how, not only have they waited 1095 days for the tipple to reach acknowledged maturation, but it also took a long five years of hard work, preparation, and getting the idea off the ground before they could even set the wheels in motion.

Unarguably, such a truly significant moment in time requires serious cause for celebration. To commemorate such, the spirit making husband and wife duo will be releasing samples of the adolescent, three-year-old tipple, aptly named ‘Just Hatched.’ The snapshot of the mouth-watering nectar will serve as a glimpse of the adult whisky to come, the starter before the main course, the trailer before the full motion picture, if you will. For this exclusive release, two single casks have been hand-selected from the very limited 2015 stocks and divided into a small number of bottles — and we expect they won’t be hanging around for long.

While the libation still has a long journey ahead before it becomes the drink that those at Cardrona are yearning for (the signature 10-year-old is set for release in 2025) what we can tell you is that it’s already making waves even in its pubescence. With its underlying notes of ‘borage flower honey’, the libation has been applauded far and wide, with the likes of internationally acclaimed whisky writers Charles MacLean and Dave Broom commenting upon the outstanding quality of the spirit when they visited the distillery earlier this year.

While a three year waiting period for a quality stiff drink may seem like a ridiculous endeavour for some, for a beverage of this calibre it’s something that’s wholeheartedly justifiable — and we’re not the only ones who think so. “There is no substitute for time in making great whisky,” explains Desiree, “we have a firm philosophy of doing things properly”. It seems the old question of ‘do you want it done fast or right’ hasn’t been more fitting.

This glorious, limited-edition whisky is what your bar trolley is calling out for

Getting Spiritual: why a visit to Cardrona Distillery should be on your winter to-do list