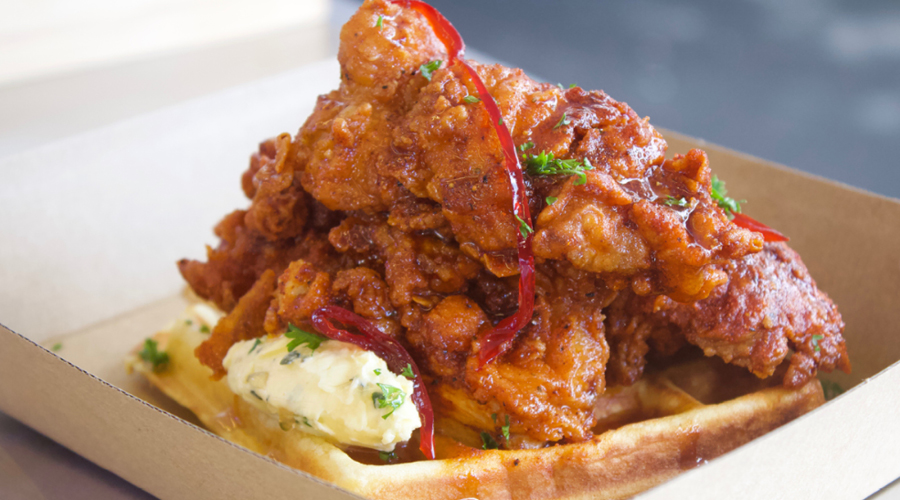 Yes, you read that right. Auckland is going to have its very own festival dedicated to the crispy delight that is, fried chicken, and it’s happening this week. For one night only, on Thursday the 12th of July, La Cigale will pack out with various stalls and food trucks selling their own dishes inspired by everyone’s favourite bird. Offering a mixture of dedicated fried chicken and chicken-inspired street eats, vendors include Double Dutch Fries, Bacon Brothers Auckland, Judge Bao, Mexico NZ, Tiger Burger, Peach’s Hot Chicken and many more. They’ve even thought of dessert, with The Brulee Bike, Sweet As Crepes, Lalele Organic Gelato and Grownup Donut set to also make an appearance.

La Cigale will be serving their own take on New Orleans dishes, expertly combining French and Southern State American Cuisine. We’re talking Jambalaya, Po boys, and Beignets. There will be indoor seating, ample heating a licensed bar and live music from the Two Many Chiefs trio.

Unsurprisingly, when the festival was announced, it quickly went viral and tickets have unfortunately all sold out. But we have a double pass to giveaway to one lucky Denizen reader. For your chance to attend this hotly anticipated event, click here. You don’t want to miss this one.