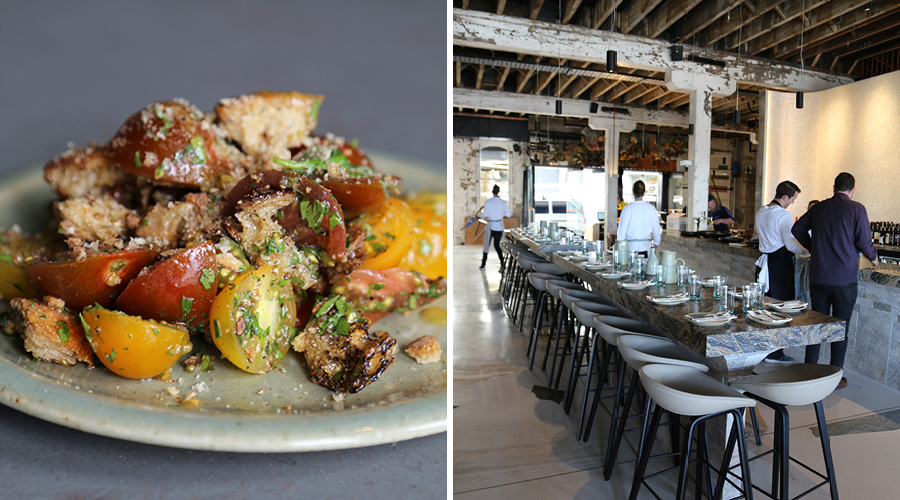 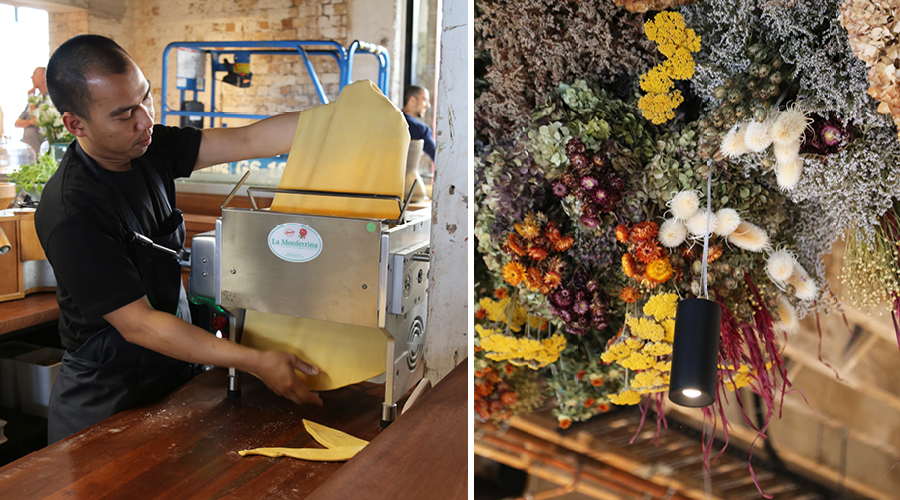 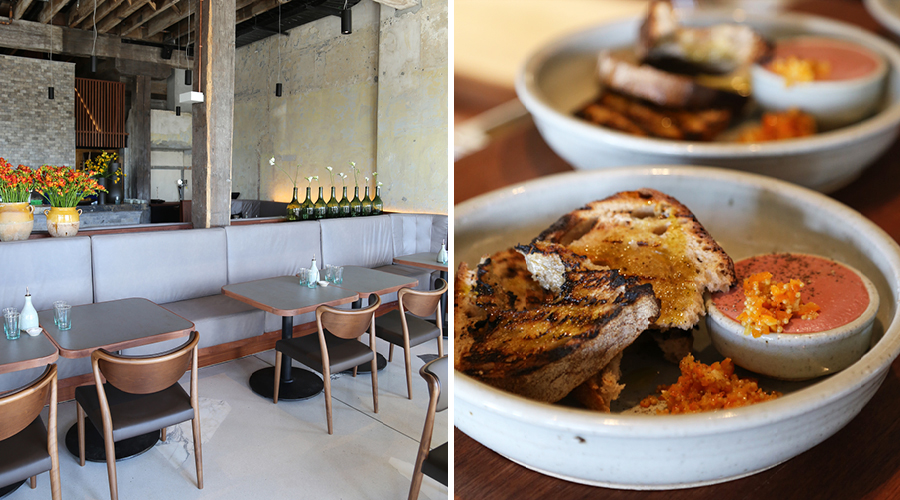 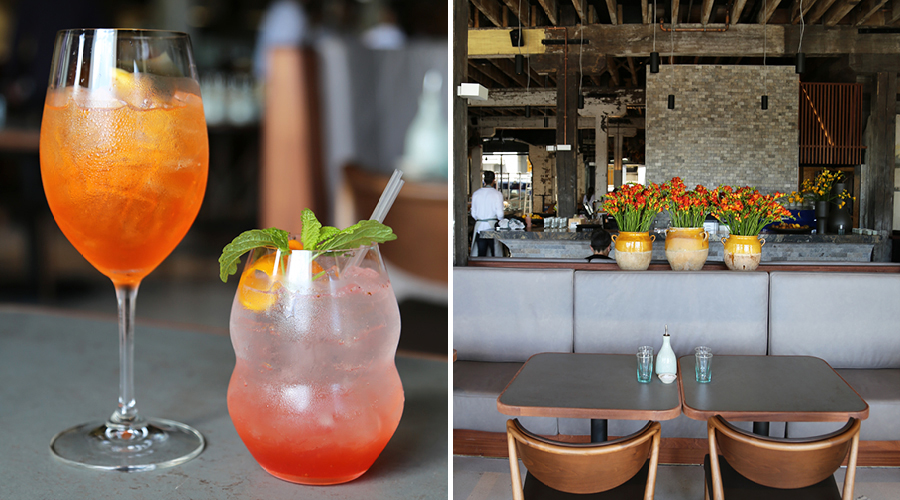 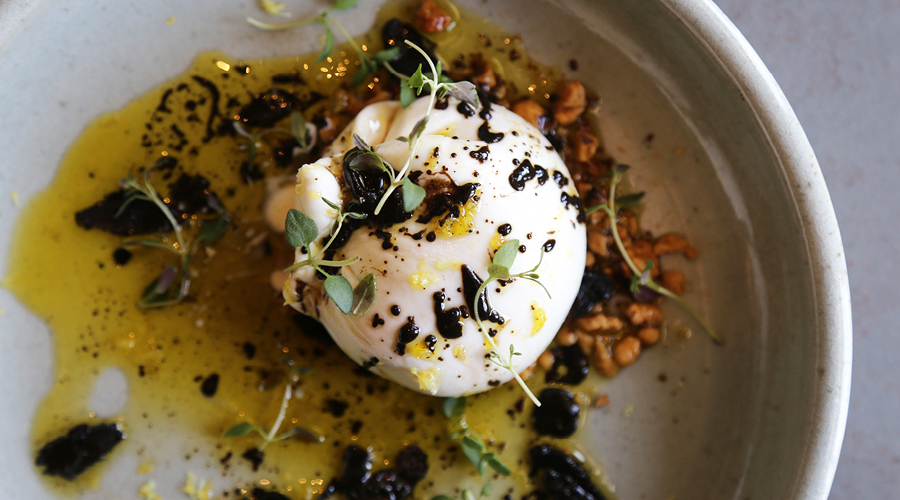 No doubt there'll be a line around the block to gain access to Hipgroup's stellar new eatery.

For several months now, Tyler Street’s gem of a bakery Amano has been plying us with freshly baked delights and buffalo milk flat whites. Little did we know that this was merely a taste of what was to come. Now the time has arrived for Hipgroup to unveil its fully-fledged new Tyler Street establishment and boy is she a beauty. Transcending much more than just a bakery and restaurant, and executed on a much greater scale than anything they’ve done before, it’s hard not to fall head over heels for this truly impressive conception.

What now presides in the 110-year-old building is one of the most beautiful eateries we’ve ever laid eyes on. From the stunning continuation of the Mother of Pearl countertop to the Terraza marble flooring reminiscent of Saint Peter’s Basilica, and a beautifully curved travertine bench that breaks up the space between the open kitchen and central bar — Amano 2.0 is truly a jaw-dropper. The cavernous space has been expertly broken up into a series of nooks with enough space to accommodate 120 people. Bunches of dried wheat, Nelson hydrangeas and various other species hang from the ceiling while the pleasing aroma of mahogany and treated Australian hardwood emanate from the surrounding materials.

Executive chef Jo Pearson has spear-headed an Italian-inspired menu with an unprecedented focus on provenance. Maintaining a close relationship with their Katikati-based meat supplier, committed to using only ‘seasonal’ seafood as opposed to the heavily-fished varieties available year-round (think piper, herring, garfish and the increasingly trendy sardines), and with a wheat mill out back — the flour from which will translate directly to their homemade pasta — they’ll be able to deliver the ‘freshest pasta experience in the country’. Excited? Yes, we are too.

Operating in conjunction with the bakery, the enhanced space means that you can now sit in to devour your sandwich or pastry, and a shared marketplace (used by the kitchen too) will offer fresh produce and other items for take-home sale. Serving all of one’s food consuming needs in one fell swoop, i.e. something quick and easy to devour on the spot, to take home for dinner after a session at Les Mills, or to sit in and experience some sophisticated fare, it’s fair to say that Amano is now covering all the bases.