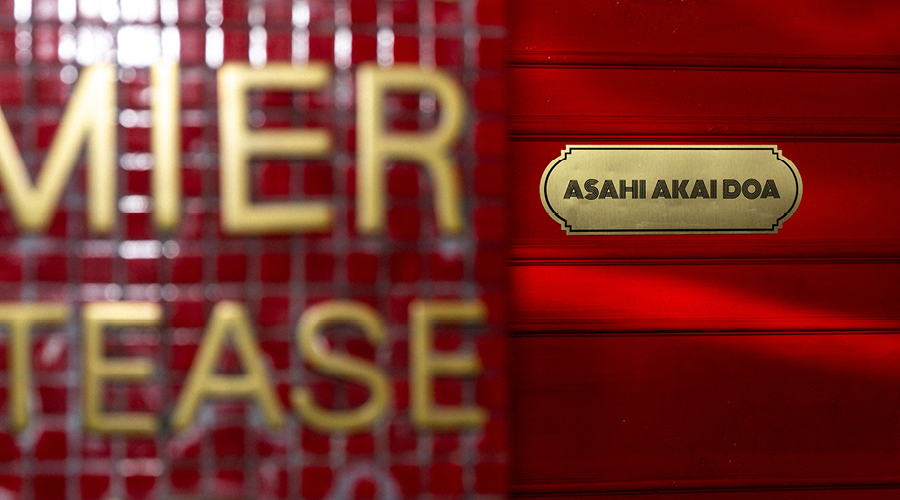 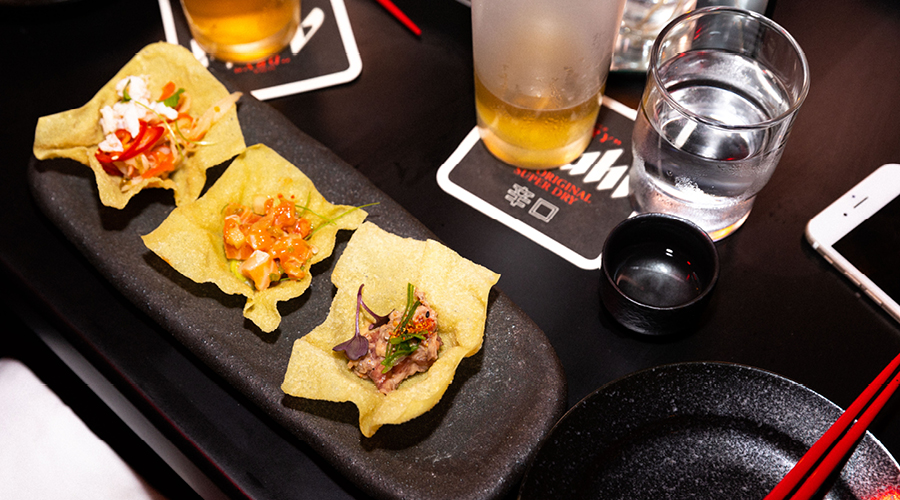 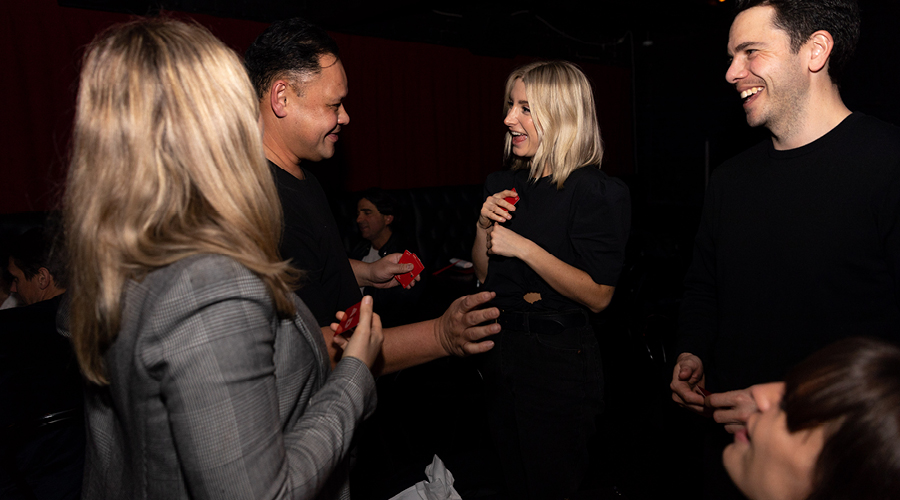 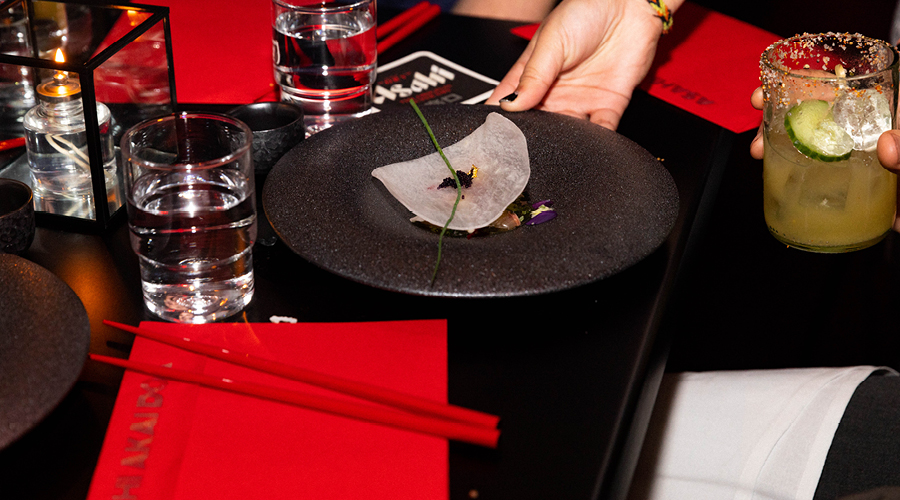 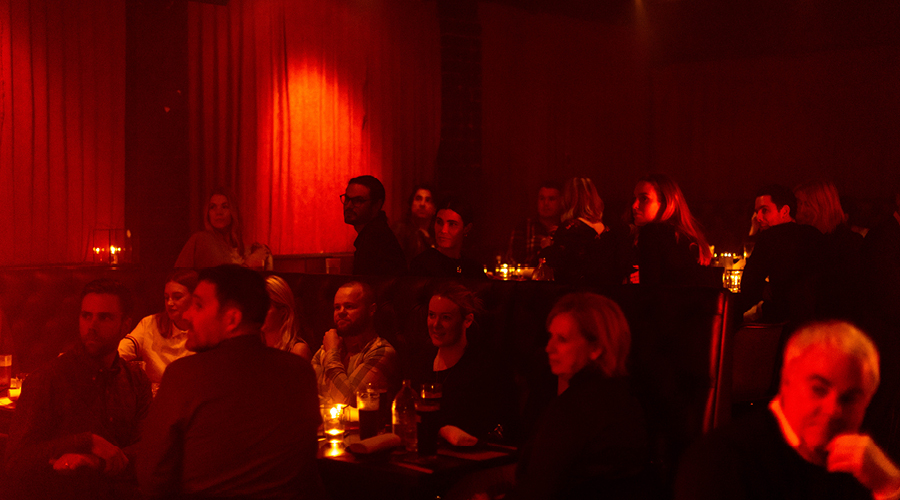 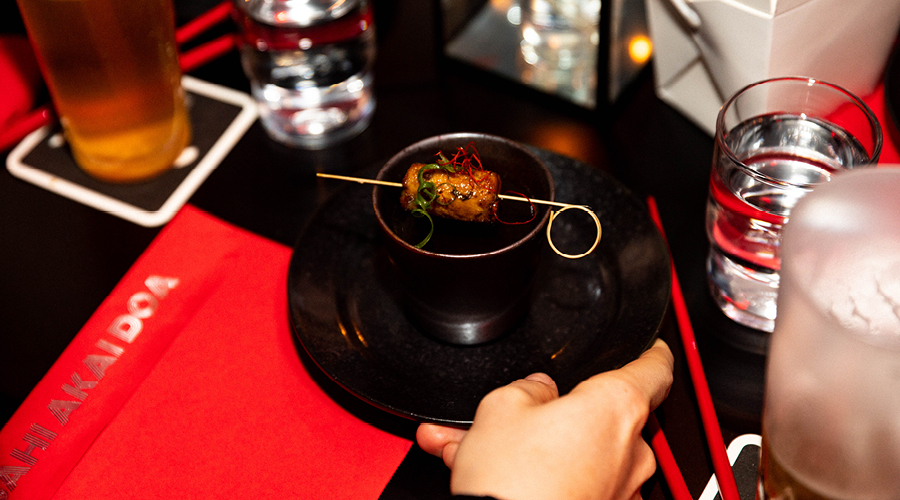 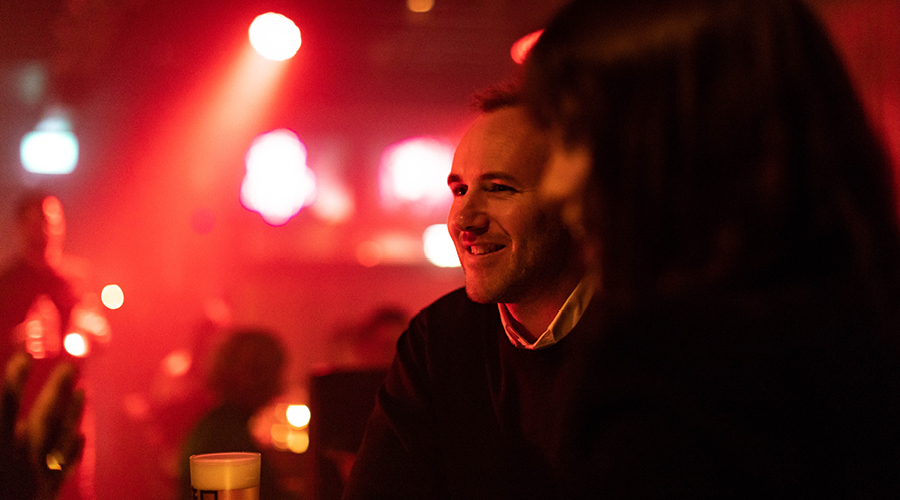 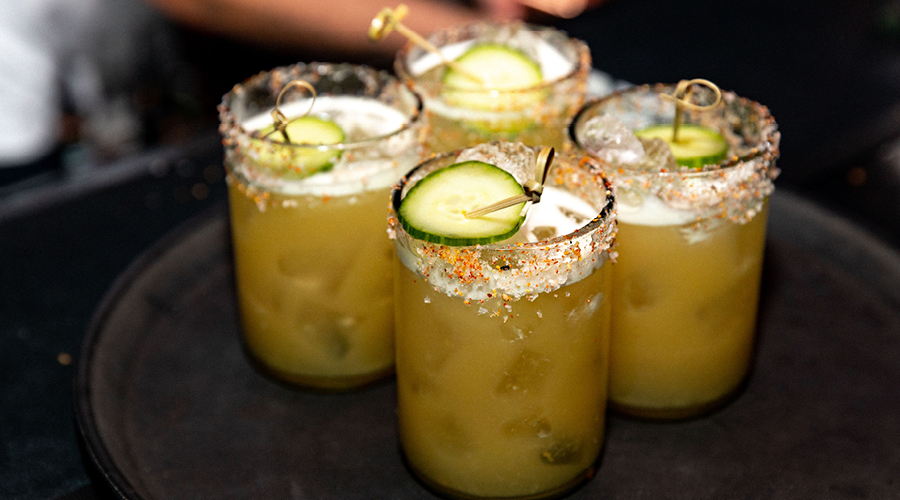 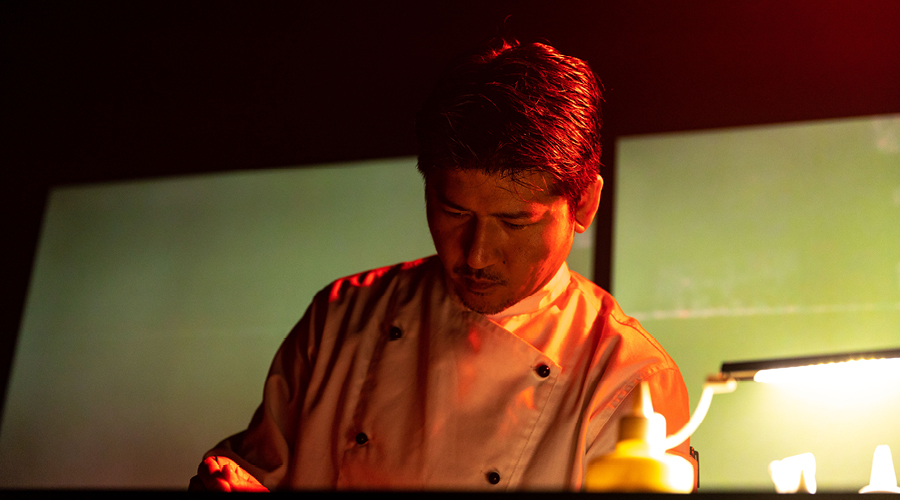 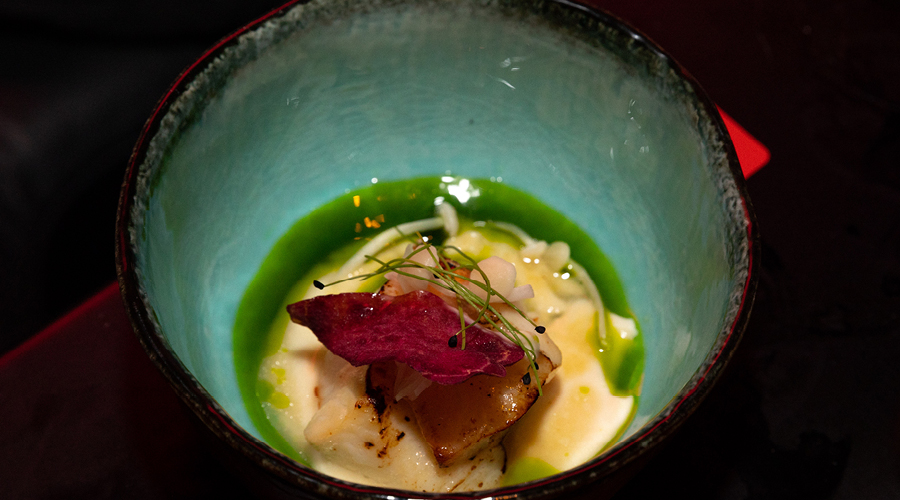 While we’re familiar with the habitual concept of ‘dinner and a show’, we’re a little less au fait with dinner actually being the show. However, such a notion is currently being explored via a fun-filled, experimental pop-up unfolding within K’ Road’s Las Vegas institution. Asahi presents Akai Doa — or ‘red door’ in Japanese. Launched in August to much acclaim, Akai Doa is living up to expectations of being a theatrical ‘dinner experience like nothing else’.

Beyond the crimson doorway, guests ascend into the familiar space where the food and chef become part of the show. Once seated, awaiting a menu designed by Yukio Ozeki (of Ebisu, Azabu acclaim) and his team, the chef assumes his role as the evening’s maestro — front and centre on stage. The experience comes together from being seated in the historical venue, where there’s an immersive soundtrack with accompanying projections, and finally, a multi-course omakase menu from Chef Yukio. Asahi beer is seamlessly infused throughout the menu. From Asahi dusted popcorn through to Asahi black jelly, the beer is incorporated in the most unexpected ways. 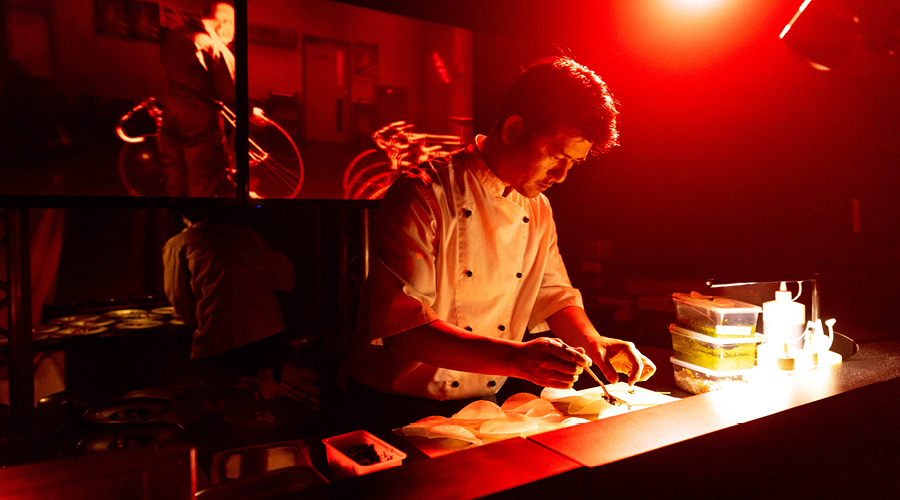 When each night’s gastronomic theatrics are over, the restaurant transforms into a revelrous cocktail lounge — a loud and naughty locale with a late-night revelry. The pop up is only open Thursday to Saturday with one sitting each night. If there’s one thing we can count on, it’s that Akai Doa is elevating our expectations of Japanese hospitality with a memorable night out.

Due to popular demand, the Asahi presents Akai Doa experience has been extended until 21st December with new tickets just released. Late night surprises are also said to be in store for the silly season ahead. Dinner is $85 per person. To book, click here.

Inside our night at Asahi’s Akai Doa 2.0 — the ultimate theatrical dining experience

Over the next month, Akai Doa 2.0 will play host to a culinary collaboration you don’t want to miss

Denizen’s definitive guide to the tastiest tiramisu in town

Oji Sushi opens in Britomart, and it’s promising to make your lunch hour more delicious than ever