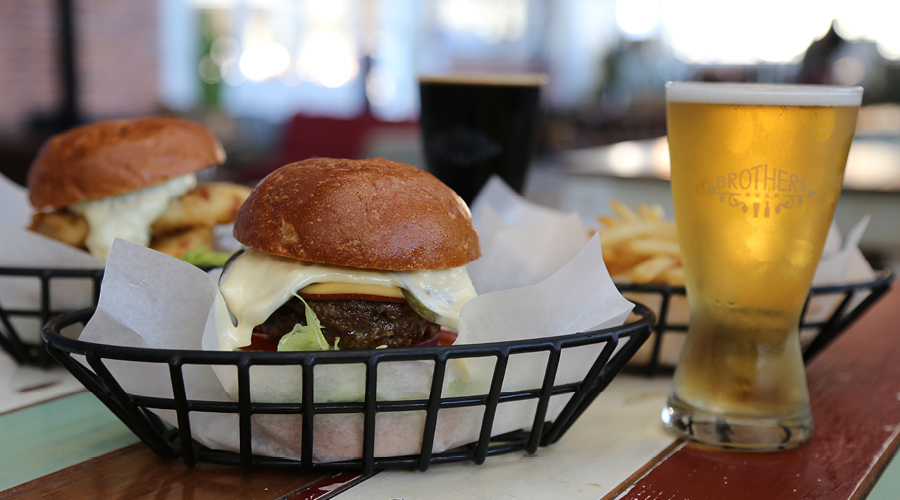 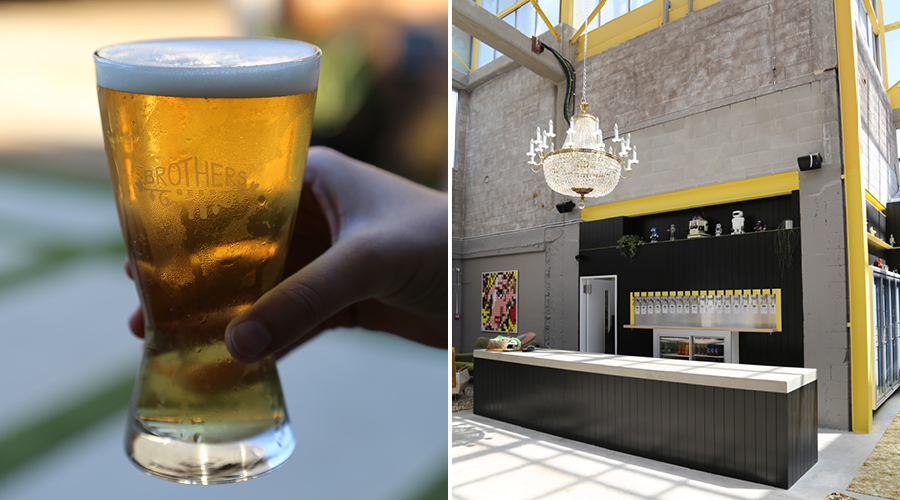 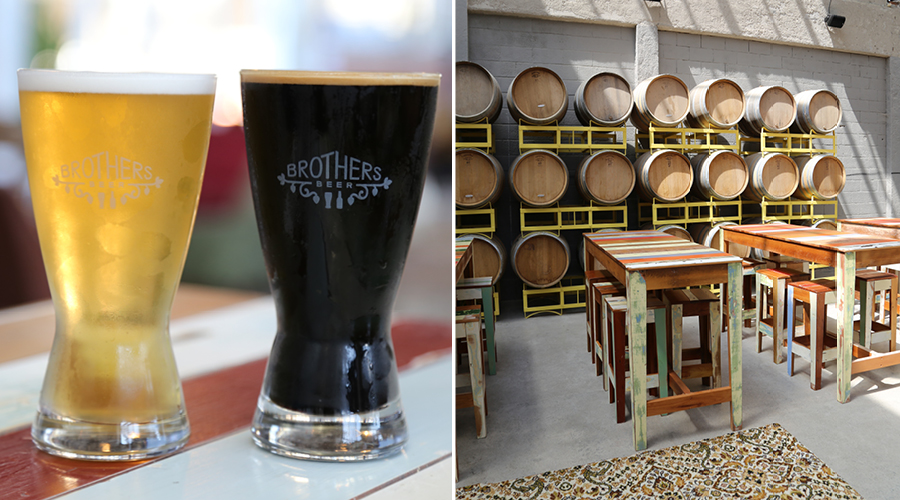 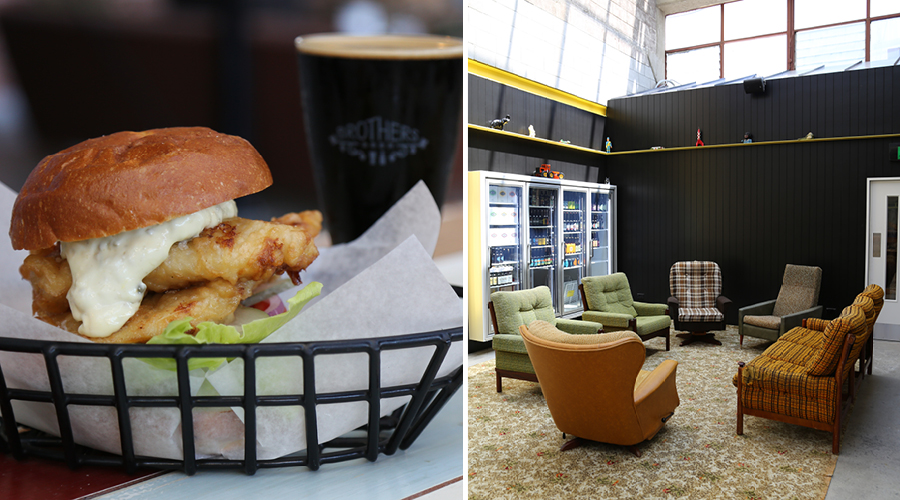 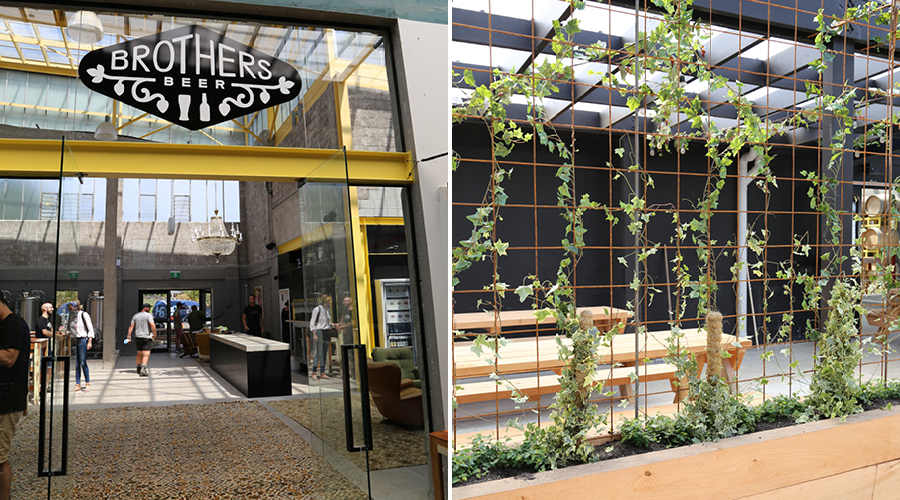 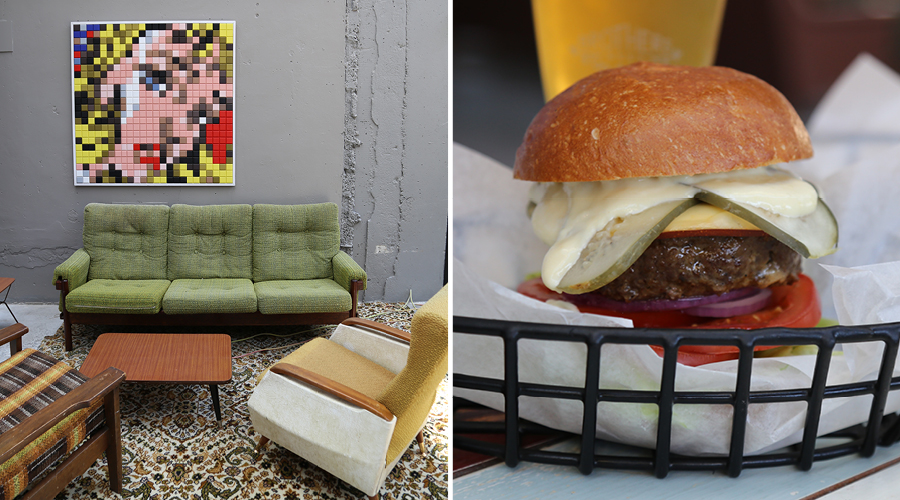 Since its recent establishment, Orakei Bay Village has welcomed some truly deserving tenants: morning pitstop Bowl & Arrow, masterful florist The Botanist and slick kids clothing store So Beau Baby to name a few. What’s been missing, however, has been a hospitality outpost adept at catering to the whims of a thirsty afternoon-evening crowd. Enter, Brothers Beer Orakei.

Having only just swept up the last of the construction dust to open their doors for the first time today, the lofty warehouse space takes up a significant part of the development. And lofty it is with a nine-metre stud, concrete walls and a yellow-framed, frosted glass ceiling from which the interior’s pièce de résistance, an original 1960s chandelier that once belonged in the Auckland Hyatt’s ballroom, is suspended.

The beer connoisseurs have added their charmingly hotchpotch touch in the form of a few eclectic furnishings that sit alongside the retail fridges, a stack of ex-Dog Point wine barrels (in which certain brews will soon begin the ageing process), a line-up of tall bar tables and a couple of shiny vats positioned against the far wall. Outside, there’s a sizeable, trellis-covered area that houses long wooden picnic tables offering a view out over the basin.

Of course, the selection of 18 craft tap beers is what many will come for, though, from the kitchen, will stream an array of gourmet burgers that go rather perfectly with BB’s namesake product. Pork and mustard iterations will be proffered alongside a classic chicken parma that you may or may not like to team with a side of chicken wings amongst other pub-worthy savoury delights.

Rounding off the new Eastern village in the manner we’d soon partake in given the current inclement, we’ve have no doubt at all that Brothers Beer Orakei will go down a thirst-quenching treat.