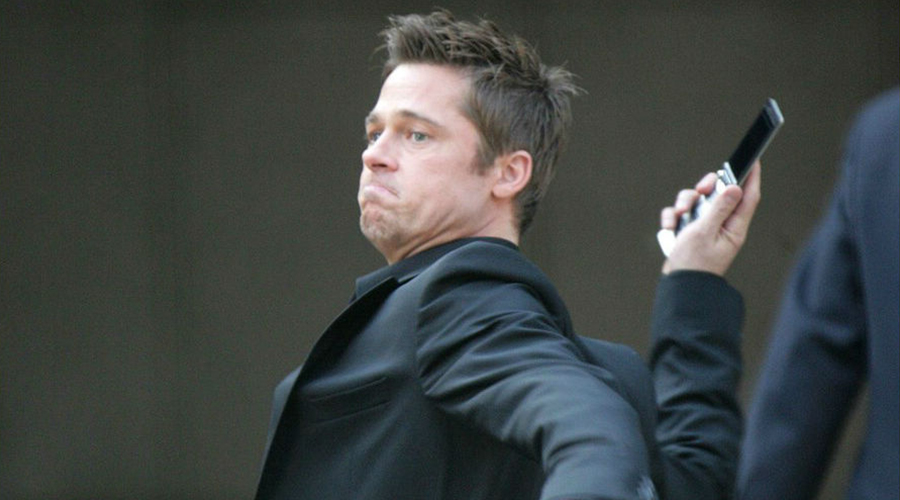 Once upon a time, in an epoch long, long ago, sociologists claim that human interaction was conducted void of cellular devices. Recently discovered hieroglyphs tell the story of the folk who lived during this pre-historic era, people who contacted each other by an artifactual ‘land line’ — a puzzling apparatus that comprised a detachable receiver, a unit on which to prop said receiver, and a ‘telephone cord’ attached to a ‘jack’. These devices were not portable. Instead they were usually affixed to a point that became the designated ‘communications hub’ of the home/office. They also never ran out of battery.

While looking back on these primitive times certainly makes the mind boggle, one can pinpoint a certain sanctity for social practices that coincided with this period. Dinner tables were free from the illumination that indicated the arrival of a snapchat, aesthetically pleasing food was left to be devoured by eyes rather that the lens, and people passed the time regaling quaint stories about what happened during their day rather than dissecting whichever meme an overweight semite had posted on Instagram that day. And while sometimes there’s nothing wrong with fervently embracing technology, we decided to pay homage to the good old days by identifying 10 of the worst habit humans have picked up in conjunction with their smartphone dependency.

1. Taking a call at the dinner table.
If you’re at the point where you’re answering your phone at the table, there’s little hope for your decorum to ever be fully restored. Receiving a call in the company of others, without explanation, is plain ludicrous — it’s not difficult to disclose the fact that you’re expecting an urgent call before sitting down.

2. Then pretending like nothing happened.
It’s fine, I just read the menu eight times and upon the seventh iteration, discovered that the restaurant’s organic peaches are procured from a friend’s neighbour’s farm in Hawkes Bay.

3. Then glancing down at it every minute for the duration.
Would it be more convenient for you if I just strapped it to my forehead?

4. Staying on a call while ordering at the counter.
There’s no more blatant way of letting the cashier know that their presence means little more to you than that of a large rock. (Second only to offence number one, whereby aforementioned inanimate object is supposedly someone you know and even, perhaps, like.)

5. Taking a person’s phone from their grasp when they show you a photo.
And for the love of god, do not start swiping.

6. Not switching your phone onto flight mode during take-off.
It’s one thing to show such blithe disregard for your own life, but jeopardising everyone else’s is just plain arrogant.

7. Playing music off your phone in a social setting.
Bluetooth speakers are a fairly accessible commodity these days.

8. Texting during a movie.
Arguably the single most infuriating thing a movie-companion could do. You might as well turn the lights on and publicly announce that you are very bored.

9. Texting on the toilet.
Just because we’re all guilty of it doesn’t make it any more acceptable, nor any less filthy.

5 tips for the modern road trip

The new age guide to operating in an online office environment

Taking the mundane task of lunch preparation and t

The cold season wouldn’t seem so bad when experi