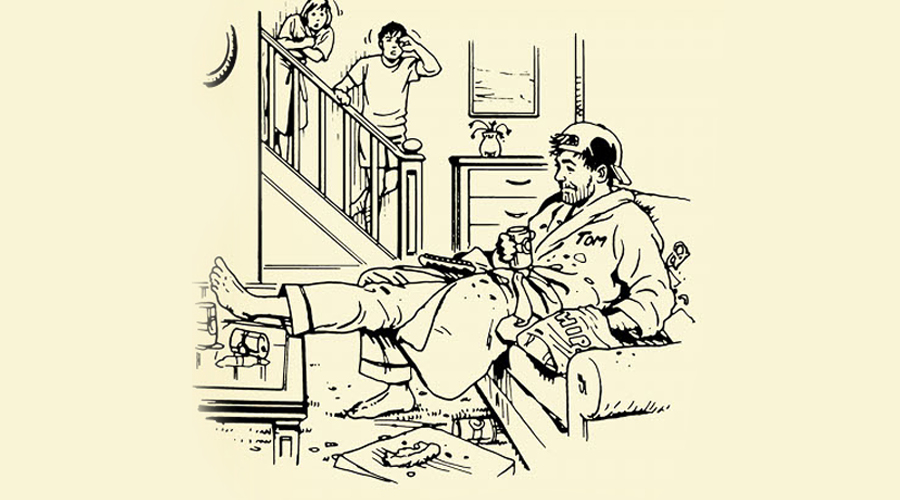 Ensure you get the invite second time around with these handy tips.

With friends in great places, you’re sure to have a myriad of invitations to join one party or another for a weekend getaway to the proverbial ‘beach house’. And who doesn’t love a good dose of that pure provincial air? Filling one’s lungs with the good stuff and making it that much easier to come down from the double-shot fueled work week that leaves us so highly strung come Friday.

Given our appreciation for the prospect of a weekend escape, we can only hope you’d be on your best behaviour lest you be denied a second cordial invitation. As host, there are some particularly tiresome traits that make the weekend drag; after 48 hours with a nightmarish house guest, the mere sight of them is enough to make you implode – their giggle soon makes your skin crawl and their jokes no longer worth a fraction of the ear time. So, in a bid to keep on the guest list take heed of a few golden pointers…

1. When the invitation is extended to yours truly, don’t take liberties and extend this even further. Unless you are on very familiar terms, you shouldn’t feel it appropriate to invite your old school friends, offspring or even Fido for that matter. If you wanted to hold a mixer, do it on your own time. As for entertaining your teething two year-old, well that definitely wasn’t part of the plan.

2. Unless you’re going to stay with Gatsby, don’t expect it to be a fully catered affair. Turning up empty handed is never acceptable, especially if your a picky eater or enthusiastic imbiber. For someone who’s not used to cooking quinoa twice a day, a certain gracious host will soon be cursing your name, while an avid appreciation for top shelf spirits is a revered quality so long as you know to B.Y.O.

3. So, you love taking long walks along the beach followed by a long hot shower? We suggest you rethink your romantic baths this time around and cast a thought on the (most likely) lacklustre capacity of the hot water cylinder. In the same vein, it’s best not to approach towels as though they’re tissues and attempt to use only one for the duration of your stay.

4. The beach house is often a place where people relegate some of their favourite hardbacks, so upon the discovery of a book you’ve been meaning to read only forever, we suggest you resist the urge to ‘accidentally’ smuggle one home as though there was some sort of implicit one-way book swap agreement.

5. Your phone is constantly attached to your hand thus your one in perpetual pursuit of good reception and the wifi code. Interestingly enough, we didn’t invite you along to observe your social media addiction. Prove you worth in terms of scintillating company, we beg.

6. Sundays, though restful, are not a day to loiter. Respect the sanctity of the weekend’s last precious moments and don’t overstay your welcome.

Never been to Mykonos? Denizen’s Editor-in-Chief gives us all the reason we need to book a trip

Where to purchase the perfect home away from home, according to the experts

Dining by precinct: Our favourite places to eat and drink in Parnell