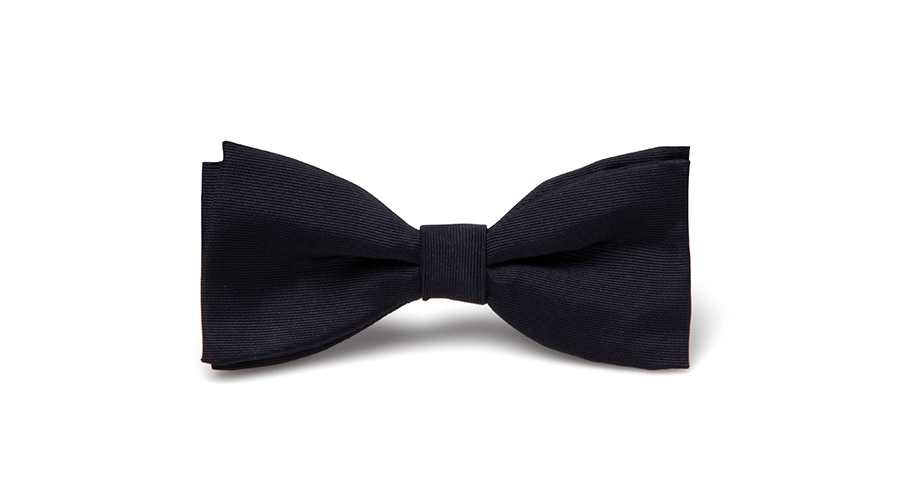 More commonly referred to as ‘evening dress’ in hoitier British circles, a general understanding of what a ‘black tie’ dress code entails is still, largely, at large. Here to put it plainly, we cover some need-to-know territory with these FAQs.

1.What does it mean for men and women respectively?
A black tie dress code pertains more to men’s attire than it does women’s. The latter should opt for floor-length gowns as opposed to cocktail dresses.

2.What is the difference between a black suit and a tuxedo?
First of all, it’s huge. The two are sartorial worlds apart. For starters, the lapels of a tuxedo or ‘dinner jacket’ should feature a different fabric (usually satin) to the rest of the garment and be either a shawl cut (a rounded style with no notches or points) or a regular or double breasted style. Then there are the buttons — they should be satin too. And the pants? Yes, they should also have a satin stripe running down the side — don’t worry, they’re not marching pants — but they are necessary if you don’t want to be left feeling like a schlepper at the party. To nail the look, consult one of Denizen’s go-to suiting superstars here or here.

3. And the shirt?
When it comes to a tuxedo shirt, a good option is one with a traditional bib-front whereby the fabric is pleated/textured in the shape of a bib. This can be substituted, however, for a more contemporary plain tuxedo shirt front which is more like your everyday French cuff dress shirt. One thing that simply can’t be overlooked is having removable buttons — a feature that allows at least the top four buttons to be replaced with studs.

4.What is the difference between black tie and white tie?
These days, few events garner a ‘white tie’ dress code — the most formal attire-indicator of them all. Otherwise known as ‘full evening dress’, get-togethers such as the 2014 Met Gala, where Benedict Cumberbatch was the only person to ‘nail’ the dress code according to Anna Wintour, call upon men to wear a black tailcoat along with a Marcella waistcoat, high-waisted black trousers, patent shoes and the eponymous white bow tie. For women, it’s the only appropriate time to don evening gloves to match a full-length gown.

5. When is it appropriate to wear a tiara?
Traditionally? Never, unless you are married and going to a white tie event. And it really ought to be passed down from a forebear anyway. (Catherine Middleton was lent one by The Queen for the Royal Wedding.)

6. What about watches?
Although it’s a rule that’s relaxing, the authority on formal dressing says that timepieces are no match for a tuxedo. You should be more concerned about a ‘good time’ not ‘what time’.

7. Is it acceptable to take your jacket off at any stage during the evening?
Negative.

8. Where does a cummerbund fit in?
Having been a firm fixture of formal menswear during the 70s and 80s, our modern palates have largely been ruined the by cummerbunds featured in the ghastly pastel hues that were once de rigueur. But they are still totally viable albeit not strictly a requirement. The job of a cummerbund is, essentially, to hide the piece of shirt between the jacket’s bottom button and waistband. An upside to wearing one is that it can act as a girdle of sorts, tucking and sucking you in.

9. The bowtie…
Should NEVER be pre-tied. Watch the video below for a step-by-step tutorial if need be.

10. What kind of shoes are best?
Black Oxford shoes, or something very similar.

As the festive season approaches, we make it our business to decode the tuxedo

How to: Impress the in-laws at Christmas