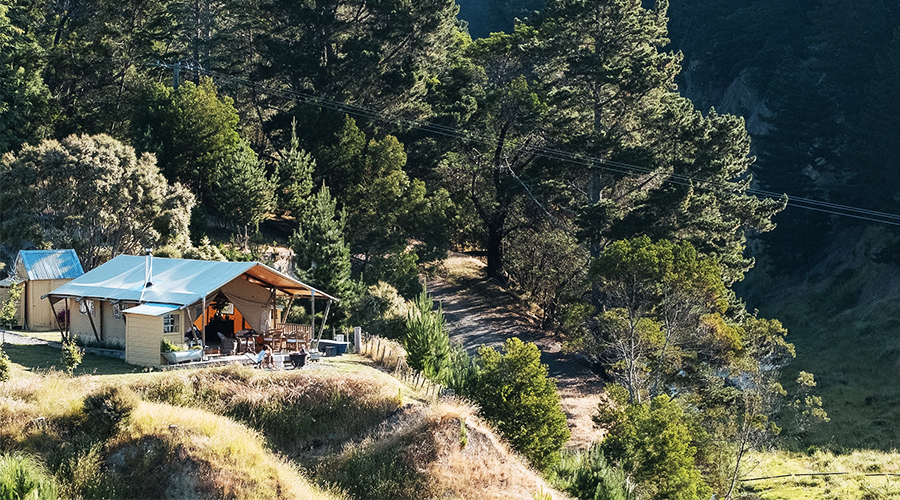 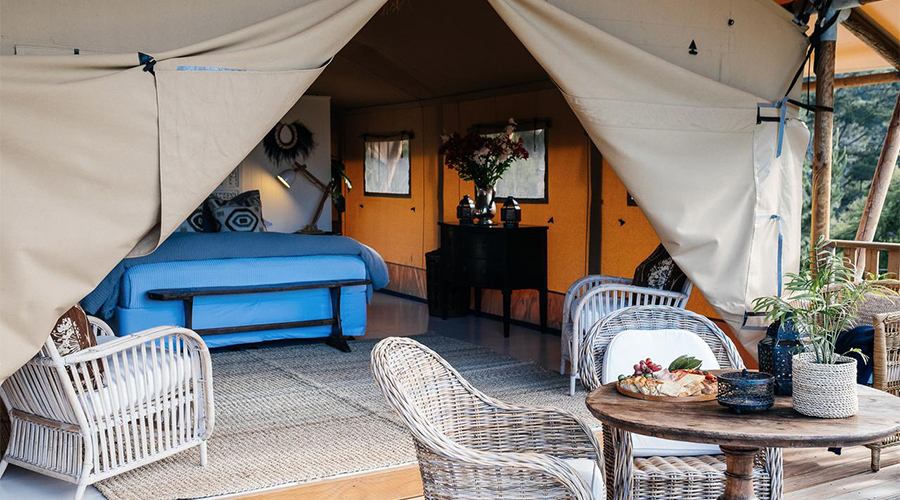 Forever on the lookout for new R&R destinations, Hawke’s Bay’s Clifton Glamping retreat is the latest to pop up on our radar. The offering began with a single, semi-permanent ‘tent’ (the Kowahi Retreat) which is perched facing north on Clifton Station, overlooking the picturesque Maraetotara River. Due to popular demand, the couple that runs it — Lucia and Tom Gordon — have added another lodging to the lineup, the new Toetoe Retreat.

Each spot comes with a fully equipped kitchen, luxurious super king bed, sprawling deck with outdoor bathtub, shower and brazier while a nearby river is ideal for swimming in during the height of summer. With access to the station’s astounding landscape and Hawke’s Bay’s famously warm climate, it’s no wonder Clifton Glamping has become the go-to spot for New Zealanders wanting to escape their urban shackles and overseas tourists alike. If you fancy a chance at staying there this summer, we suggest you book in sooner rather than later.