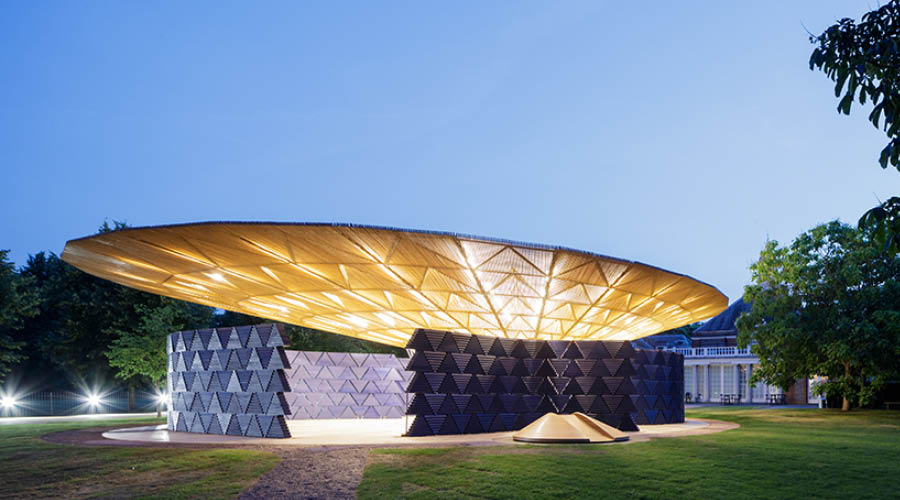 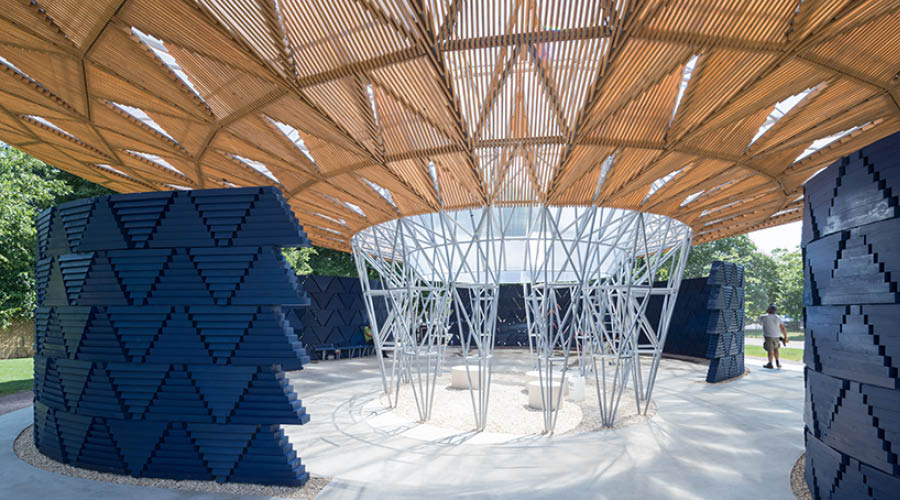 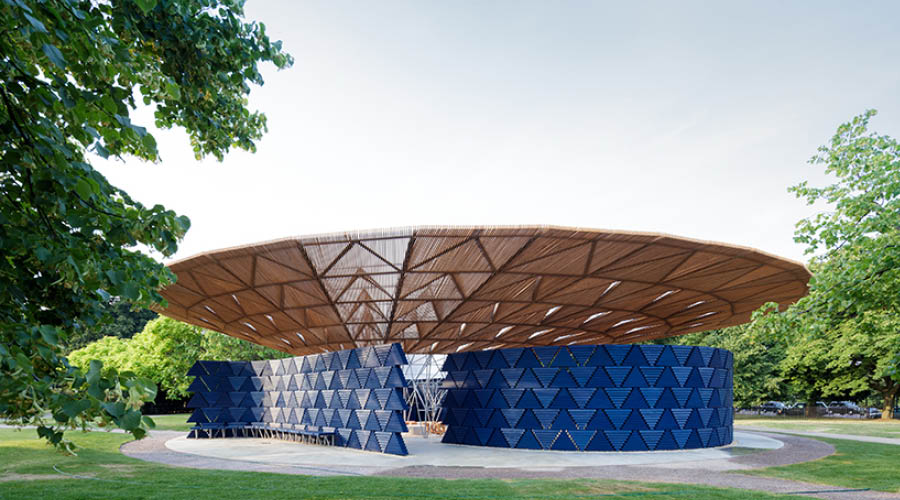 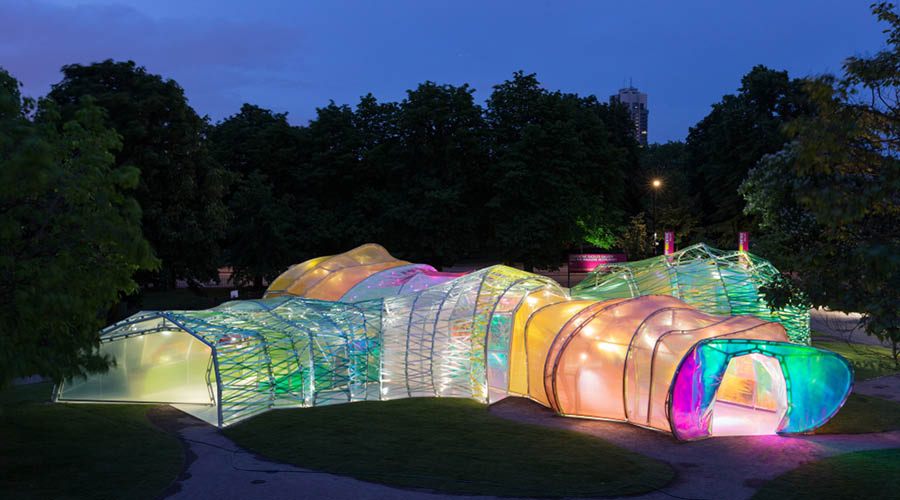 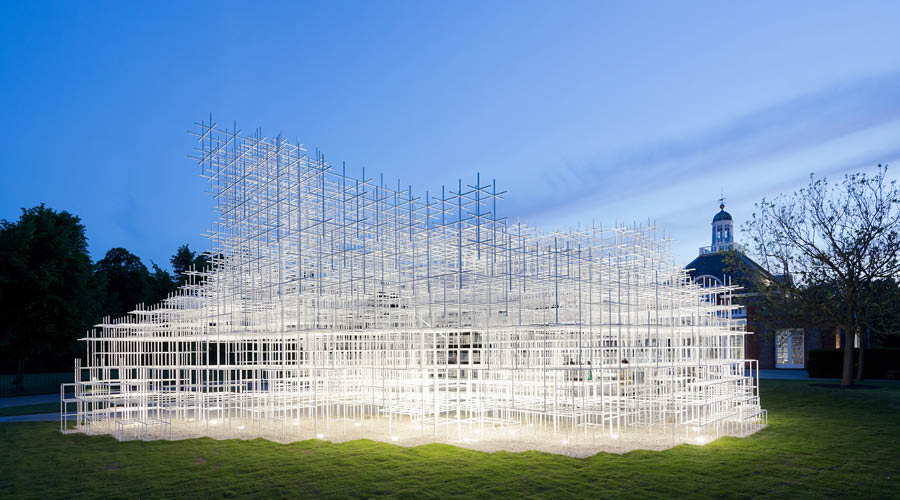 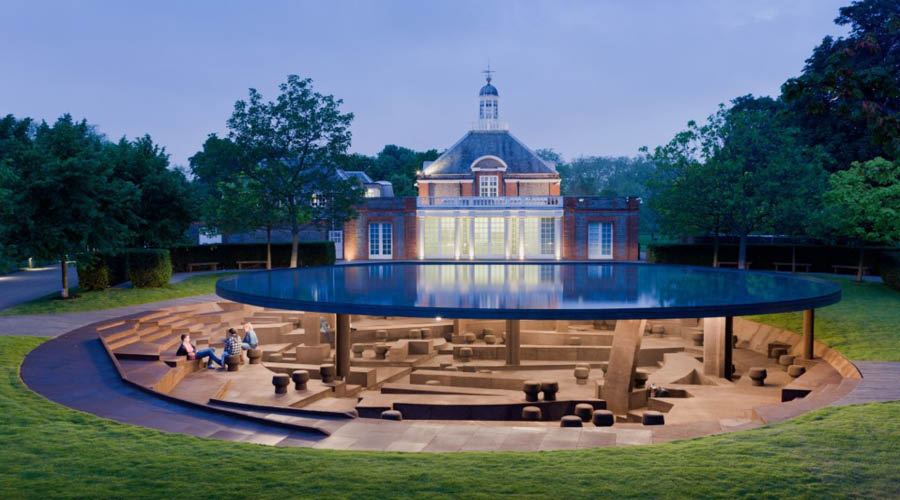 The Kensington Gardens in Central London are home to the two contemporary Serpentine Galleries, comprising the Serpentine Gallery and the Serpentine Sackler, linked by the bridge over the Serpentine Lake from which the galleries get their names. Every year, an architect is chosen to create a temporary structure for public interaction in the gardens, with a line-up of previous designers including Zaha Hadid, Ai Wei Wei and Sou Fujimoto.

This year, award-winning West-African architect Diébédo Francis Kéré was inspired by the baobab tree, a species commonly used as a meeting place in his native village of Gando, Burkina Faso. The design has been built with precision, with an expansive roof supported by a central steel framework that appears to float above the indigo blue walls — a colour worn during times of celebration in Burkinabe culture — and mimics a tree’s canopy, connecting visitors to nature. The open air courtyard is central to the pavilion and when it rains the water will funnel in from the roof, creating a waterfall effect, ultimately acting as a sustainable method of irrigation. During the day, the wood appears to shimmer in the sunshine and in the evenings, the pavilion will light up the gardens.

Open from 23rd June – 8th October, with events and activities scheduled during this time, if you happen to be in the capital city, you won’t want to miss visiting this.

A guide to collecting art

8 new reasons to choose Los Angeles as your next getaway

This sophisticated Milanese home is mid-winter elegance at its finest