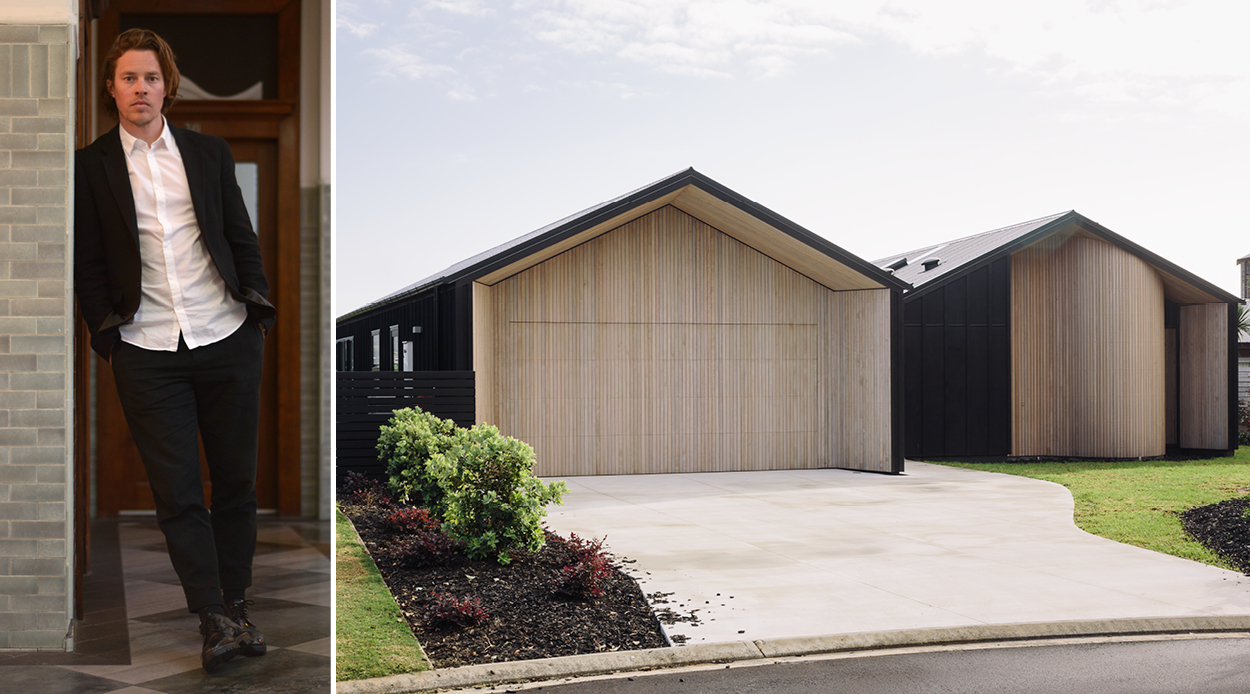 There is something enigmatic about Luke Leuschke. Thoughtful in the contemplative way many creatives are, he speaks in measured words, has a manner that keeps you guessing and a mind uniquely attuned to the finer details. Despite these creative tendencies, Luke decided initially to undertake a Commerce degree, majoring in Economics, at the University of Auckland. It was only after his graduation, during a trip through Europe that exacerbated his already well-established love for architecture, that he decided to take things in a different direction. Impressed by what he recalls as the sheer scale, density and complexity of the buildings on the Continent, as well as the influence that technology and culture had on them, Luke decided to turn his attention to the study of architecture at The Royal Melbourne Institute of Technology (RMIT). It was a stint that led to his working for the likes of Kennedy Nolan and Matt Gibson –— both renowned names in Melbourne’s architecture and design scene. “[The City] has a very unique architectural climate” Luke explains when reminiscing on his days in Melbourne, “Studying and working in that environment for over half a decade, I just absorbed what was going on around me.” He also cites the “many talented professionals and practices that were exploring ways of doing things differently,” as integral to his own growth in the industry and understanding of the importance of authentic design.

Luke then returned to New Zealand to assume work for the well-established firm Leuschke Group Architects founded by his parents, and his first project was a holiday home in Omaha. Despite the design being largely governed by covenants to the area, Luke’s original concept ensured the project both adhered to the rules and stood out from its neighbours. Creating a single-level, gabled-roof home with an exterior of traditional materials, the timber framing and cedar cladding were juxtaposed with sharper, dark elements, while the overall body of the home was softened by a curved, sculptural façade. Considered transitions of colour, texture and shape ensured this wavy motif melded perfectly with the natural environment surrounding the home — on one side a quiet cul de sac, on the other, a nature reserve that gave way to the beach.

Following on from this beach-specific project, Luke undertook a classic villa refurbishment in Ponsonby where the aim was to maximise the home’s space within the bounds of a number of heritage and building coverage constraints. Maintaining the original façade of the Lincoln Street residence, he created an extension which saw the original hallway open out to a north-facing backyard, with a steeply pitched roof and an impressive, five-metre stud height at the ridgeline. From the inside, the modern addition worked with the symmetry of the traditional villa, while from the backyard, the house took on a dramatic and sculptural presence, almost resembling a traditional whare. 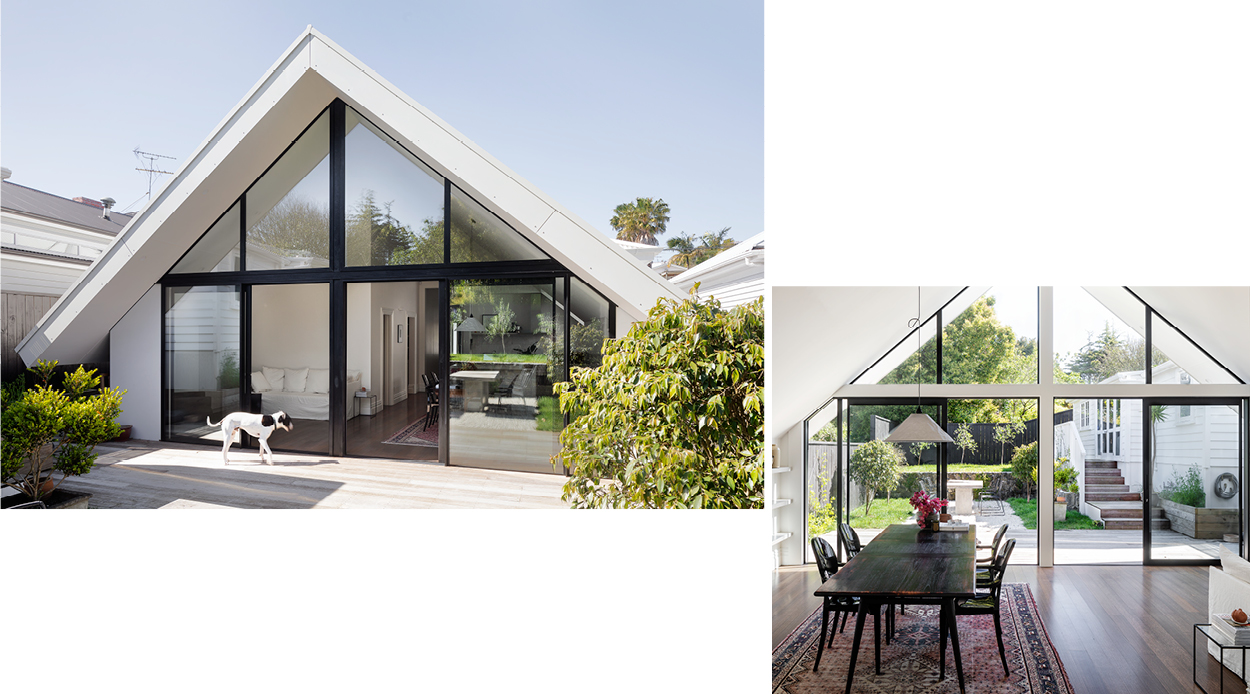 From residential homes to projects of a larger scale, one of Luke’s most significant undertakings of the last year has been finessing the design of high-end apartment development, Jervois & Lawrence. The residences will sit high on the Jervois Road ridgeline, capturing the very best of the Herne Bay outlook. Inspired by international projects such as 565 Broome by Renzo Piano and The Bryant by David Chipperfield, Luke’s design process became centred around the people he envisaged as the development’s future residents. People who appreciated location, comfort and convenience without wanting to compromise on luxury or quality. A review of the renders shows how this idea will be embodied, with residents able to access the building from the quieter Lawrence Street (not Jervois Road) and each apartment boasting interiors designed by Stewart Harris of Macintosh Harris.

The apartments also feature ample decks that look out to some of Auckland’s most coveted vistas. North-west facing apartments have views from across The Hauraki Gulf to Te Atatu Peninsula. North-eastern apartments capture the cityscape and harbour, while eastern apartments look out over the inner city suburbs. 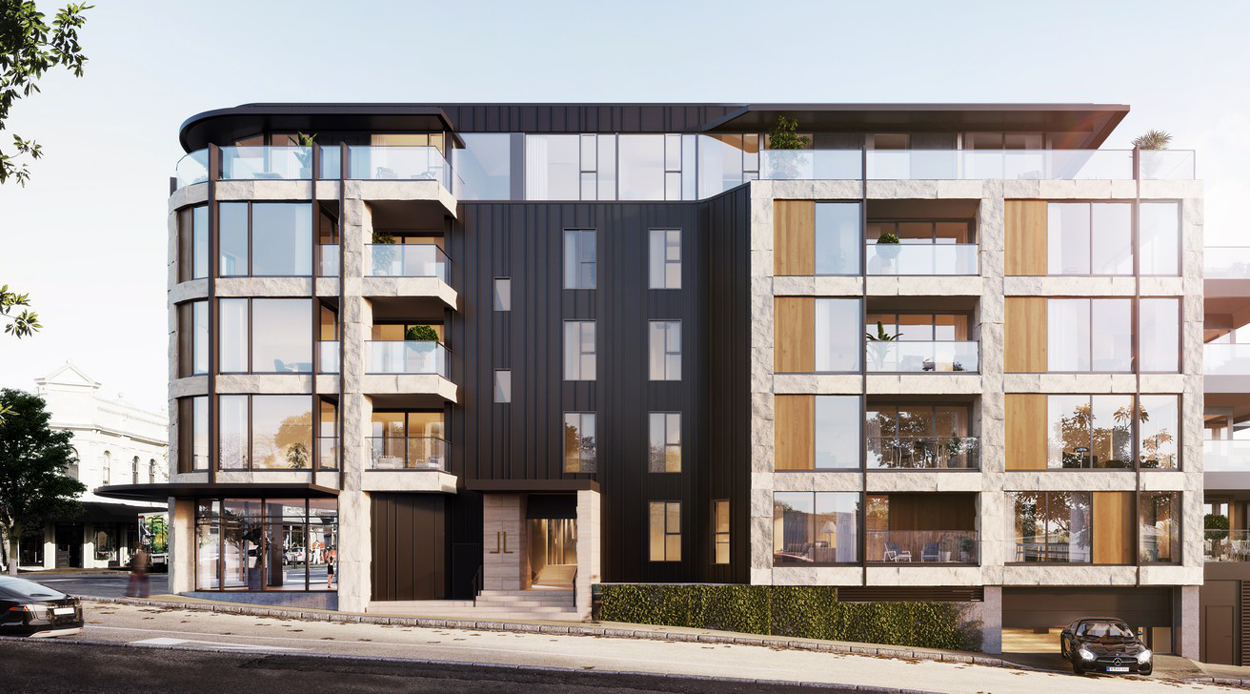 When speaking of the development, Luke explains that there were many factors that had to be considered. As well as fulfilling the client brief, they had to ensure a level of construction practicality, whilst not limiting the design. “We design holistically and like to bring stakeholders in as early as possible, such as the council, structural engineers and building material suppliers,” he admits. “In fact, we had the stone supplier for the exterior cladding engaged early in the process as we wanted to know how we could use it to its best effect.”

Throughout our conversation, the underlying message seemed to come back to the importance of constructing high-quality, timeless buildings. The exterior of Jervois & Lawrence will feature the same style of travertine that is used generously throughout the Richard Meier-designed Getty Center in Los Angeles. The stone will be split-faced to clad the façade in simple rhythms, with the aim being to create a structure that will stand the test of time and look just as good in 100 years.

As the Unitary Plan opens up opportunity for increased densification on the city fringe and areas connected to transport, Luke is excited to become involved with more benchmark-setting projects such as Jervois & Lawrence. And with his considered aesthetic and urban nous, we can’t wait to see what’s next for the up-and-coming designer.