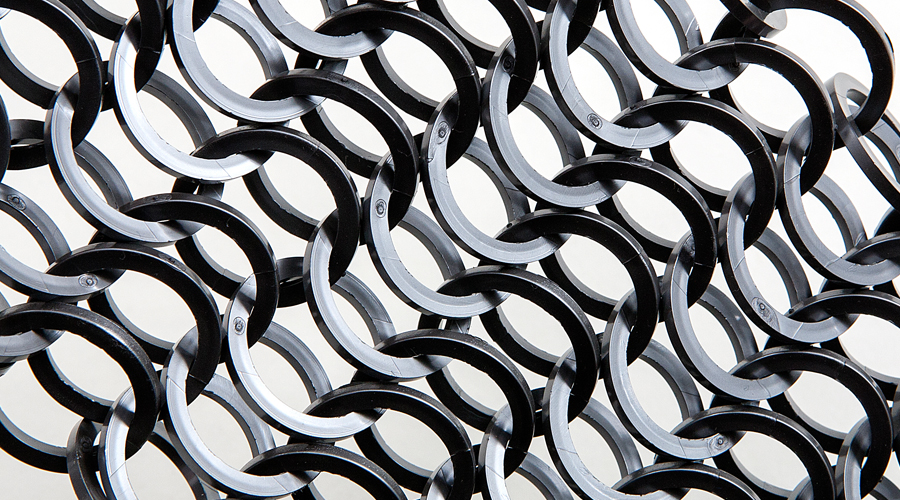 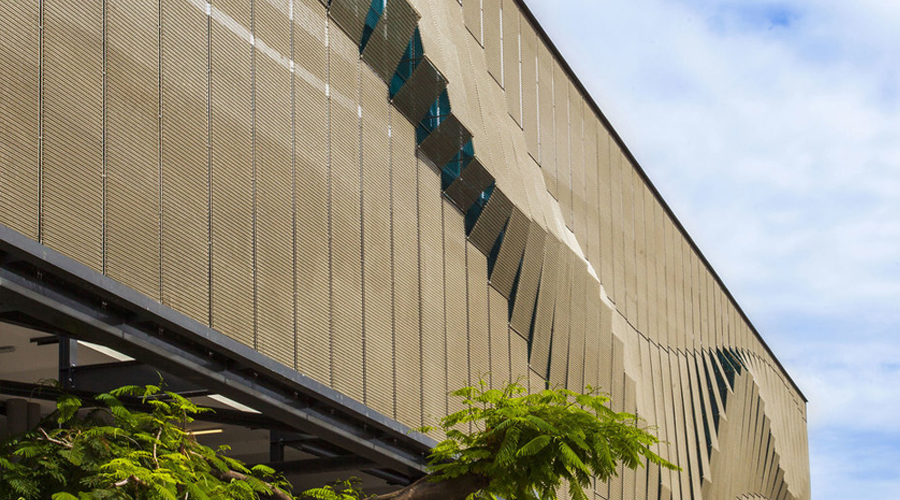 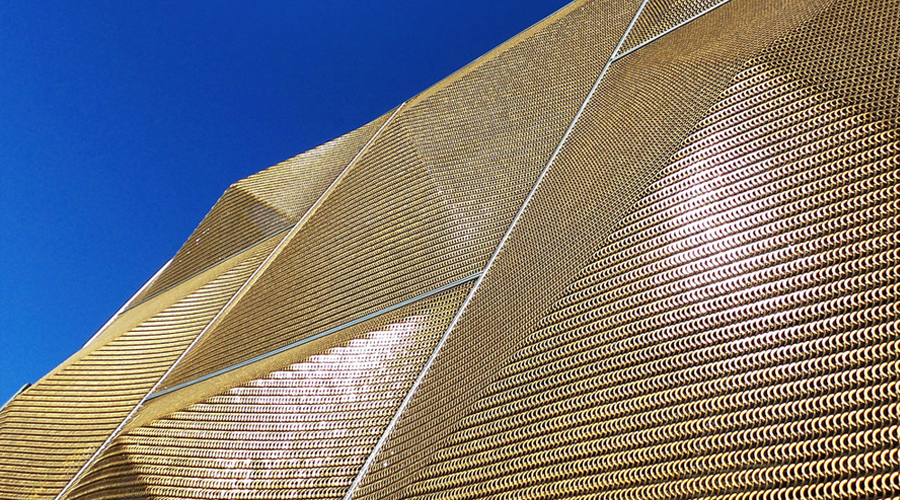 To go from costume designer to architectural pioneer is exactly what Weta Workshop alumnus Kayne Horsham has done. Currently exhibiting at #WaveNewYork, Horsham was once responsible for forging the chainmail uniforms worn by the likes of Viggo Mortenson (Aragorn), Orlando Bloom (Legolas) and many more in the Lord of the Rings films.

Having hand woven hundreds of thousands of the polycarbonate loops together over the 3-4 years of filming, the weapons and costume designer figured there must be a less tedious and time-consuming process for creating the material. Fast-forward a few years and the ingenious creator, along with the help of a shrewd engineer, came up with an injection moulding process that allowed him to mass-produce the versatile material.

In amplifying the scale, the full potential of the product was realised. Architects, in particular, have been making use of ultra-light textile for things as different as car park building façades to privacy screens in tech offices. Made of the same material as astronaut helmets and bulletproof glass, when used on the exterior of buildings, it can reduce the solar energy entering a building by 80%. Requiring a mere 20% of the energy needed to produce steel, ‘Kaynemaile’ is also 100% recyclable.

Currently exhibiting in New York’s Times Square as part of the #WaveNewYork event, the 40 square-metre, curtain-like installation of Kaynemaile is currently on view for all and sundry to see why it has received the NYCxDesign award for Best New Architectural Product.

Are we willing to exchange privacy for convenience? We delve into the concerns around technology