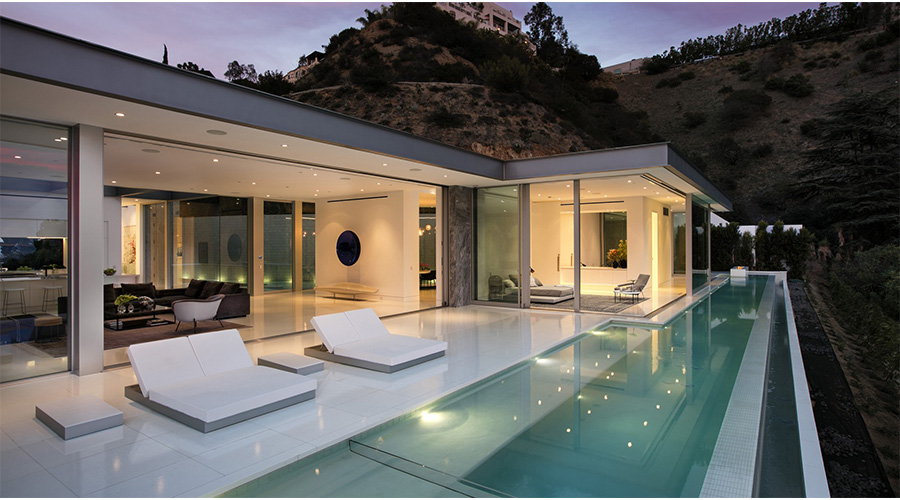 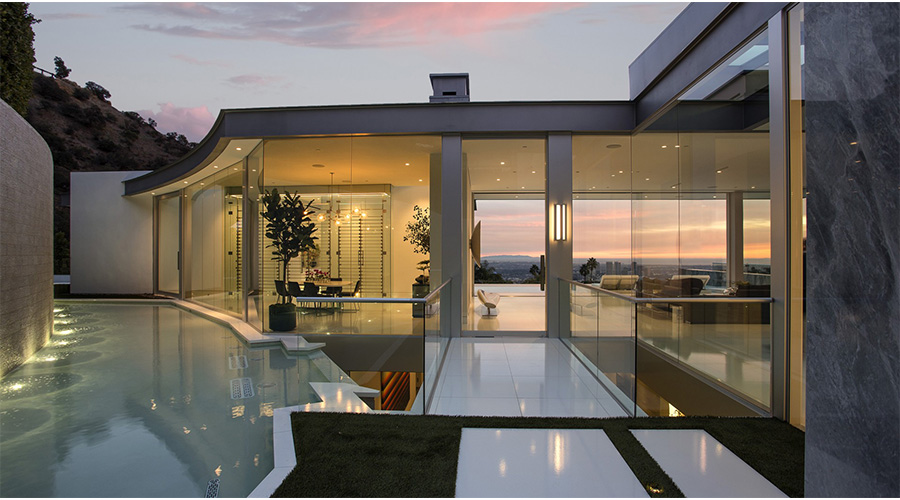 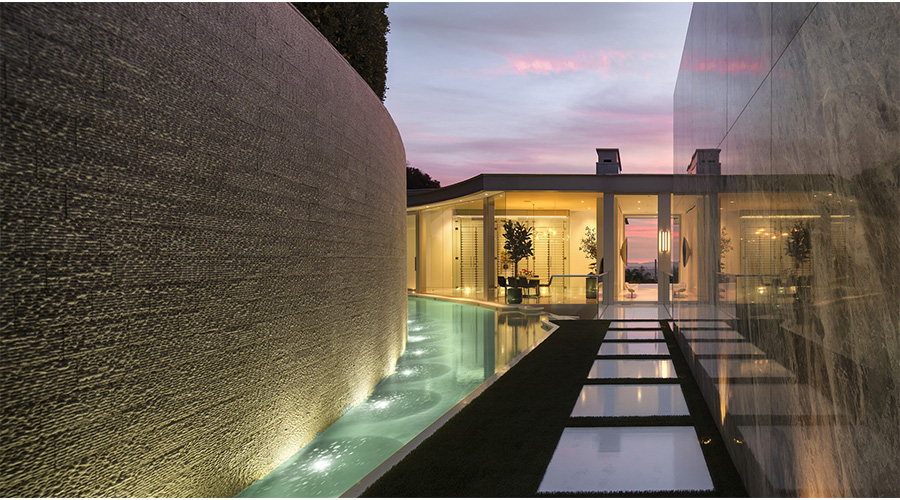 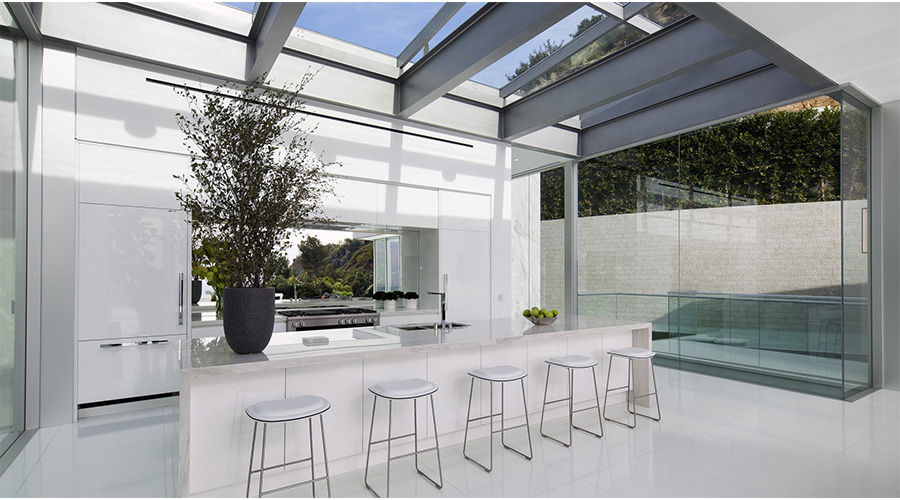 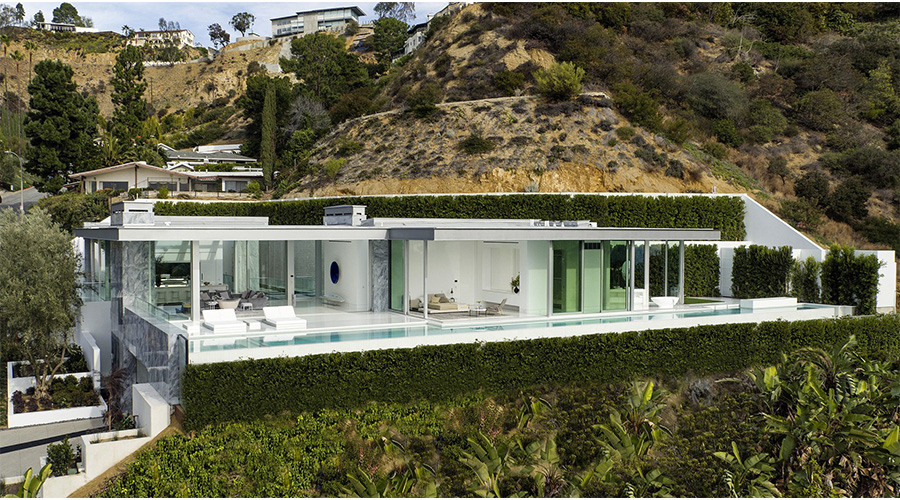 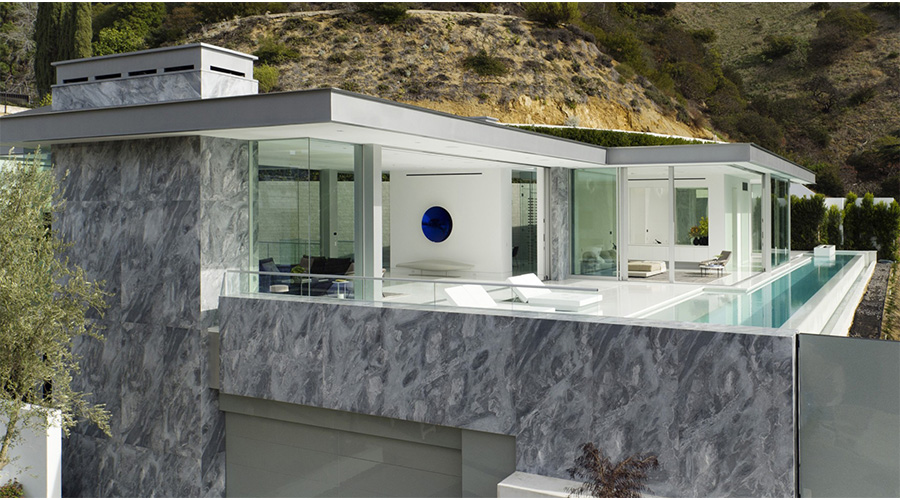 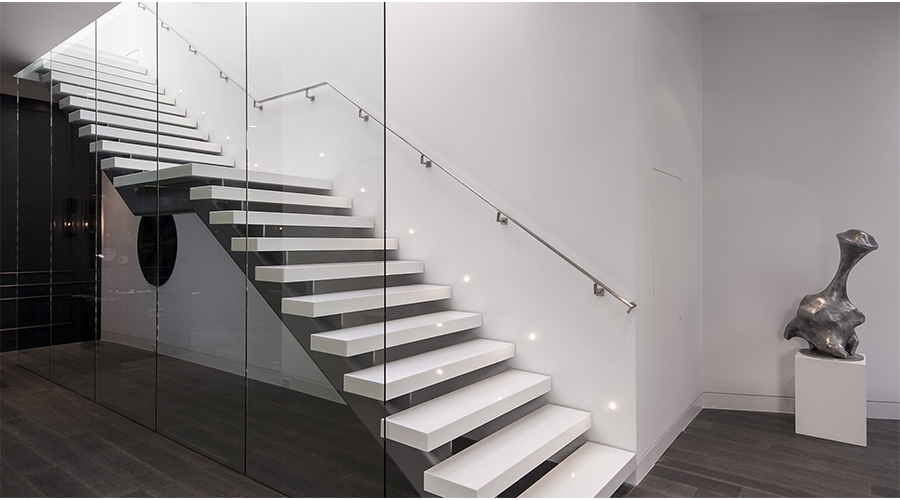 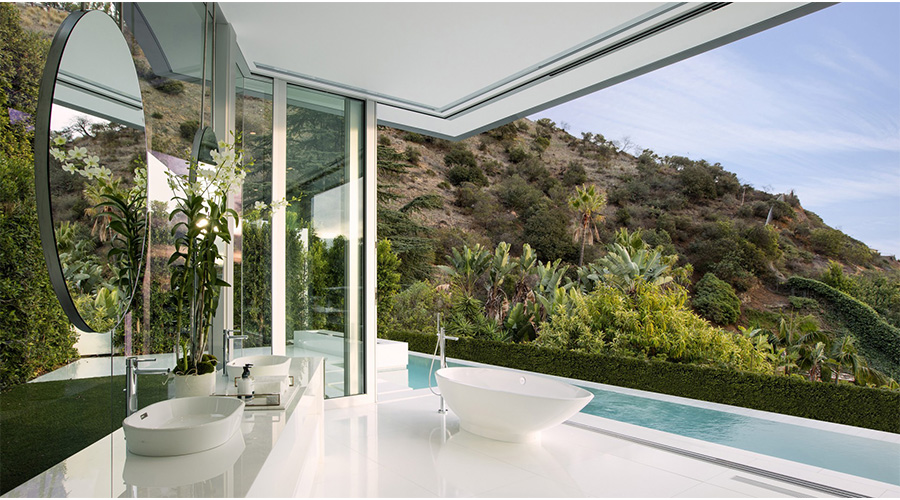 Here, we explore one of his magnificent residences in the Doheny Estates area of Hollywood Hills. Perched overlooking downtown LA, the boundaries between indoors and outdoors barely exist thanks to fully retractable glass doors. The liberal use of water, from the infinity pool to internal water features, help to reflect the light and imbue a sense of calm throughout, while dramatic marble-clad walls create an unforgettable first impression. Our favourite feature, though? That would have to be the epic bathroom that features stunning Robertson Bathware and opens right up to the enticing pool area.