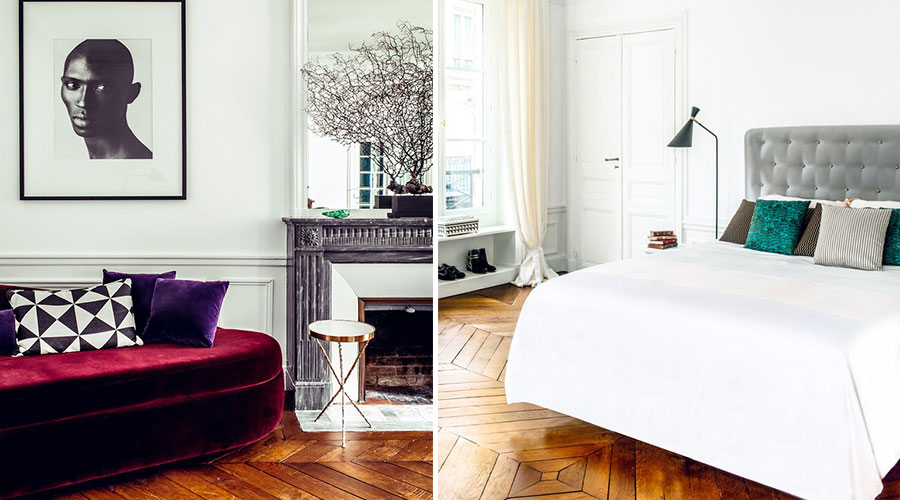 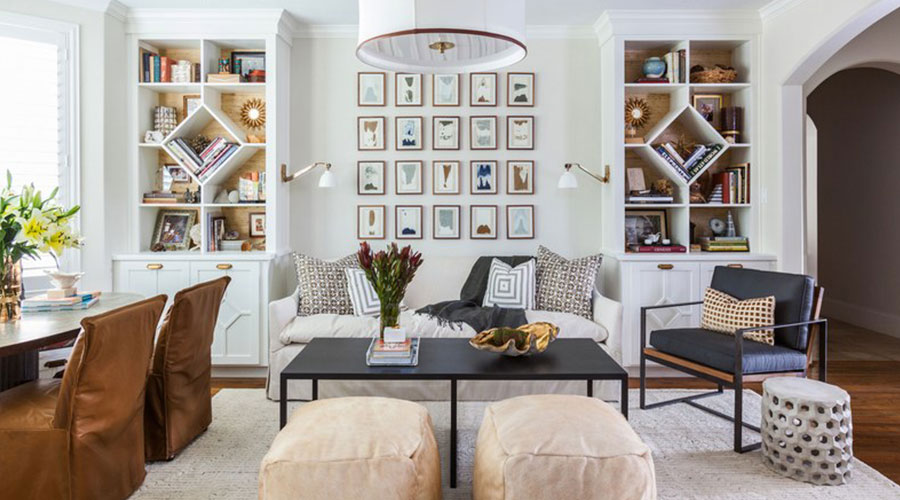 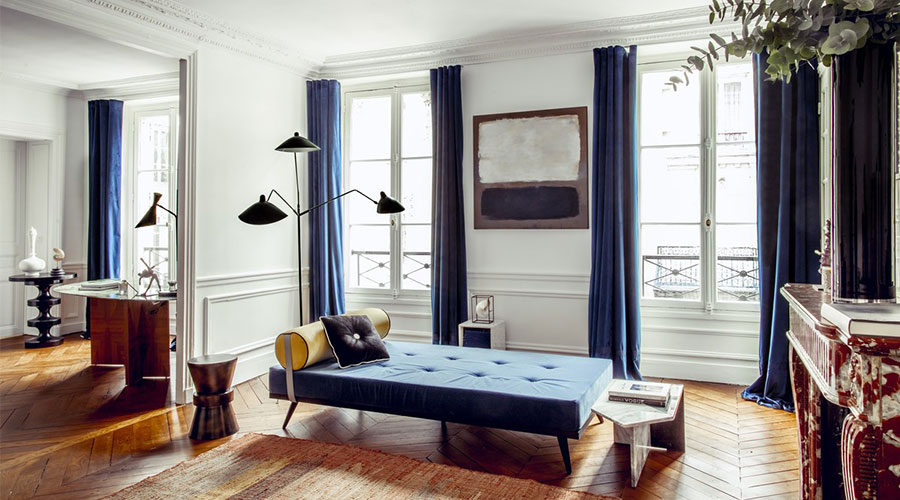 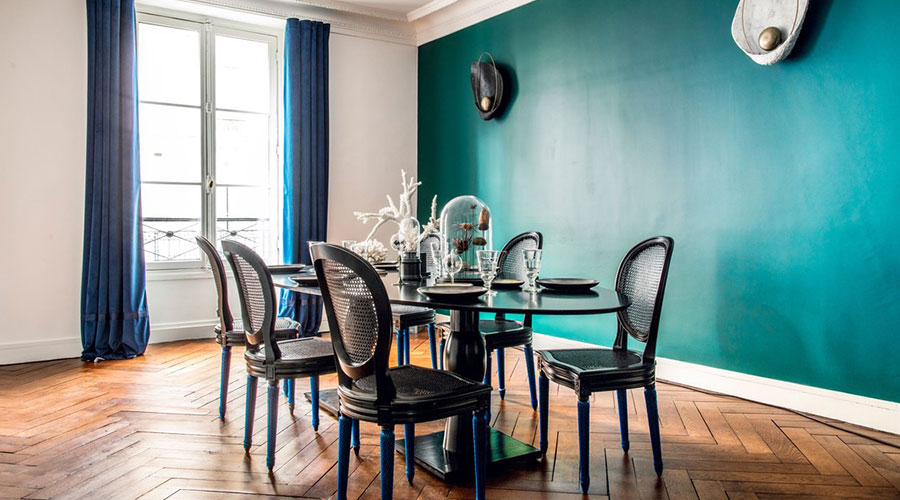 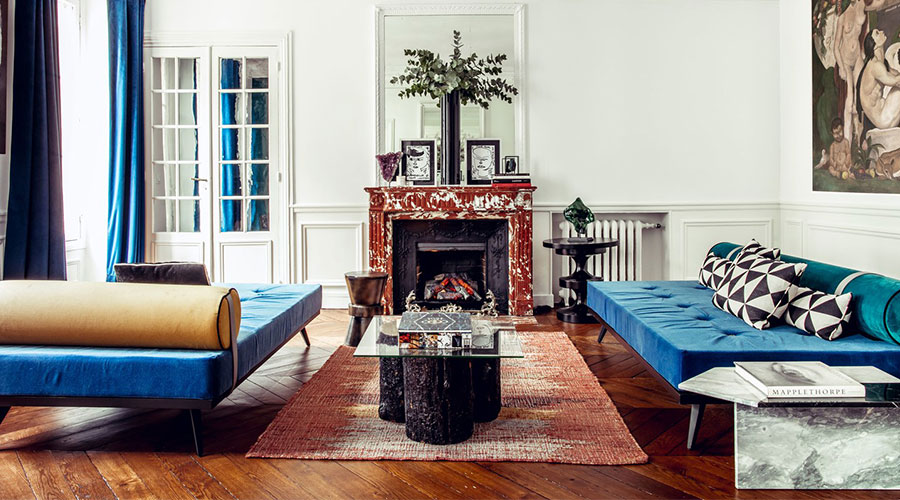 When you already have apartments in New York and London, it makes perfect sense that you would elect to have a third in Paris. After all, it is the ultimate trifecta when it comes to urban abodes. At least, we’re assuming this is the rationale of the ever-graceful movie star Hilary Swank. Clichéd as it is, it was love that first brought Swank to the City of Light. Sadly, the relationship did not endure, but her infatuation with the French capital did, resulting in her renovation of a lofty, herringbone-floored space that harks of opulent mid-century vibes.

A saturated colour palette is expressed via the creative direction of Axel Huynh, head of 150-year-old French furniture company Henryot & Cie whose hand-crafted pieces can be seen throughout. Rich royal blue chaise longues and emerald daybeds are set against an incredible red marble fireplace and eye-catching objets d’art. The only area of restrainment has to be the bedroom where muted tones are interrupted only by a bright cushion or two. If we were indeed to pass judgement, we would easily call this stunning apartment a veritable work of art.