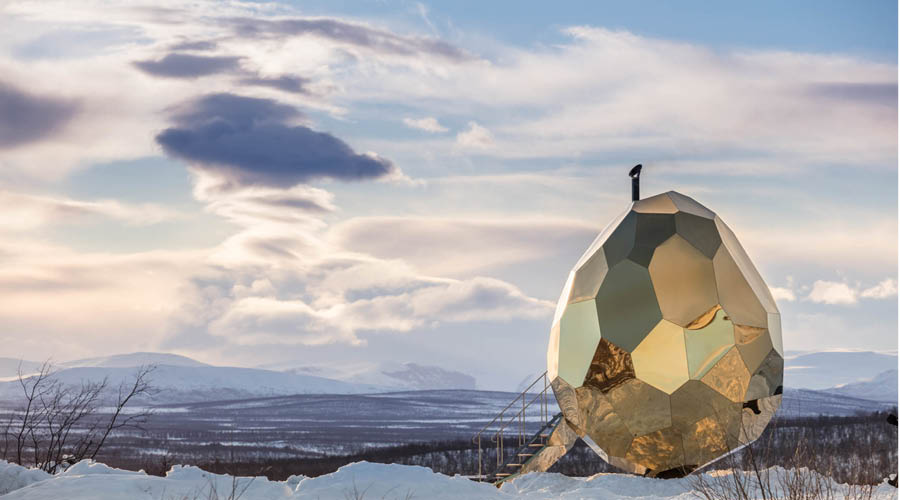 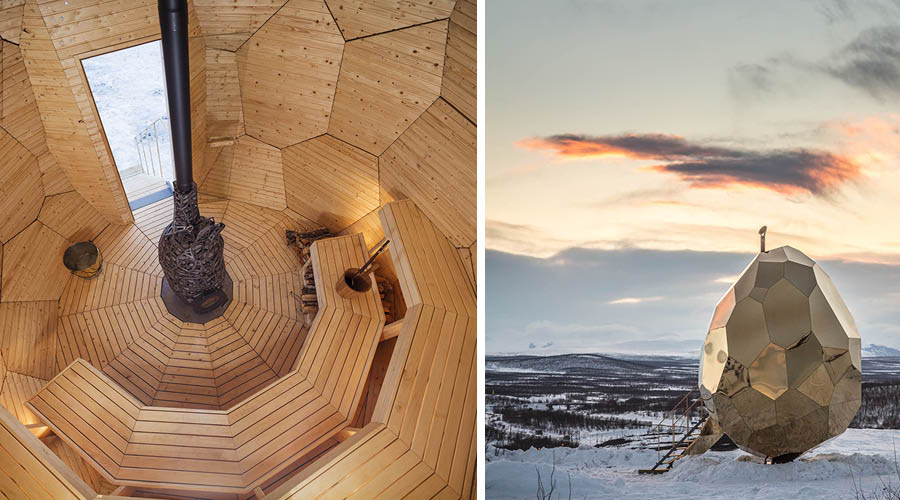 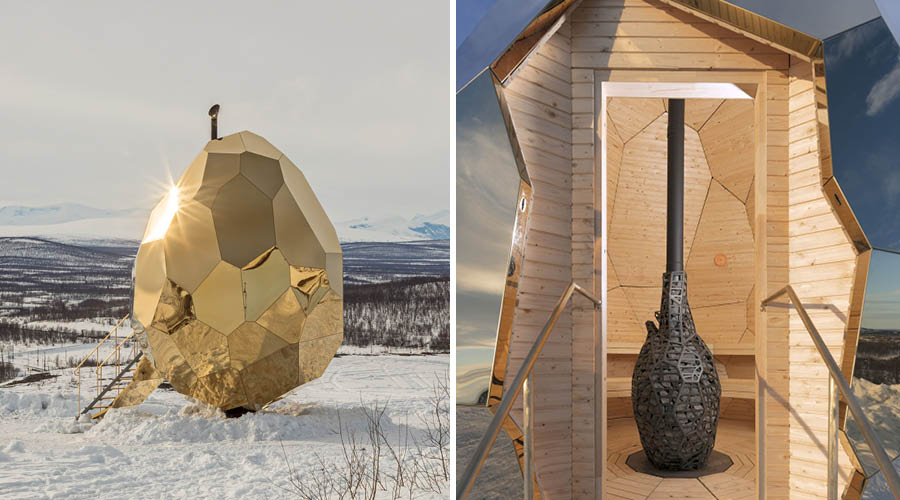 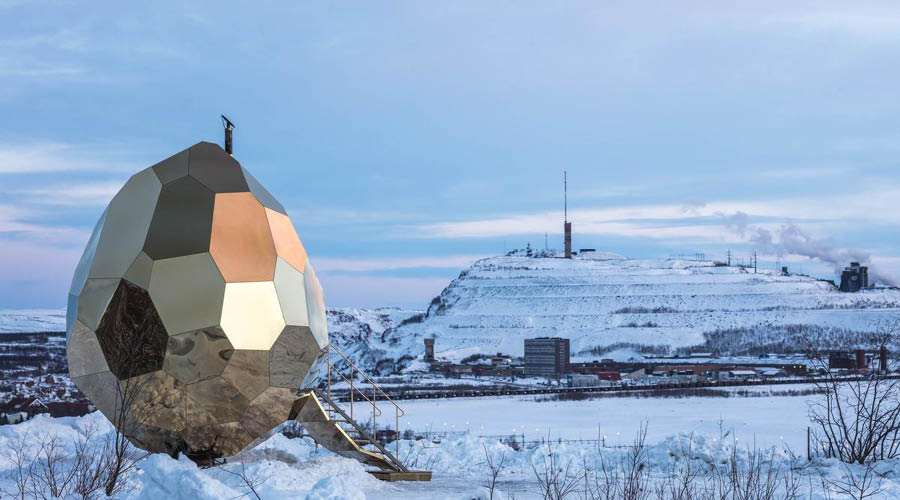 "Saunas are sacrosanct places where you can discuss all manner of things, from the big to the small."

Relocating an entire town is a large task, one that was successfully embarked upon by the people of Kiruna, Sweden, after decades of iron ore mining had caused irreparable damage to their hometown. After such a dismal undertaking, Swedish design duo Bigert & Bergström saw the need to lift the community’s spirits and set about designing a commemorative sculpture for the residents.

Located 145 kilometres north of the Arctic Circle in Swedish Lapland, the Solar Egg is a five-metre high, four-metre wide golden ovoid that houses a sauna. It’s comprised of 69 separate pieces of gold-plated stainless steel sheets, with the rugged snowy terrain reflected on the mirrored surface, intended as a reference to climate change and sustainability. With room for up to eight people, the interior is clad in pine and features a handmade wood-fired burner, encased in an iron cage and filled with large stones to conduct heat.

The masterpiece has become a meeting place for residents, the designers describing saunas as sacrosanct places where you can discuss all manner of things, from the big to the small. We often find ourselves meeting at a cafe but we can’t help but wonder what a delight it would be to have such a place to rendezvous.

Five reasons why you need cast iron cookware in your kitchen