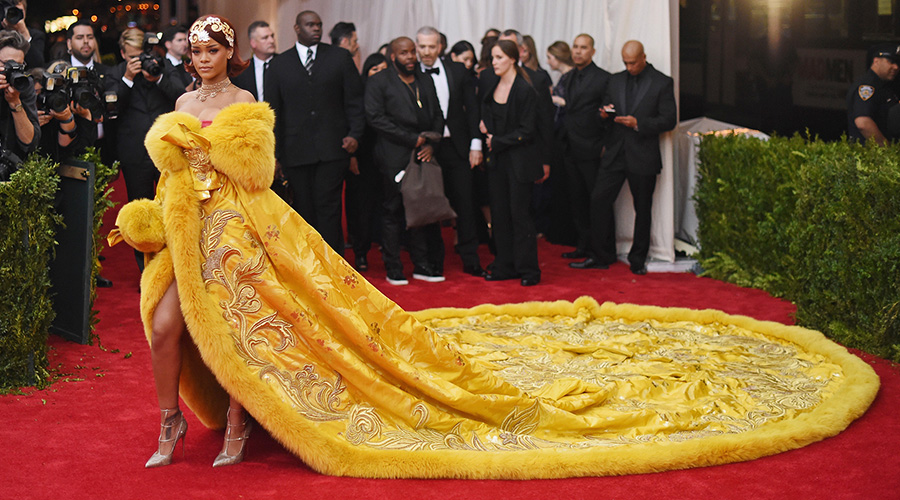 Read any article about ‘The Most Iconic Met Gala Looks of All Time’ — they are everywhere given the annual fundraising gala and its hotly awaited red carpet showcase will begin in a number of hours — and at the top of the list is sure to be Rihanna’s show-stopping yellow fur creation. The haute couture dress, made by legendary Chinese designer Guo Pei, is what spurred the new documentary Yellow is Forbidden, made by Auckland filmmaker Pietra Brettkelly.

Having become the first New Zealand film to screen in competition at New York’s prestigious Tribeca Film Festival which came to a close last week, the factual account has been garnering plenty of attention and for all the right reasons. Like any good fashion doco, it immerses us into Pei’s unrelenting dedication as she is driven to garner recognition from Paris’s Chambre Syndicale de la Haute Couture. The daughter of a communist soldier and a teacher, Pei’s life is nothing less than fascinating, articulated by her inexorable drive for acceptance.

With a client list that includes Beyonce and Rihanna, fashion lovers ought to be waiting on the edge of their seats to see this eye-opening story as told by local talent Brettkelly.

Yellow is Forbidden will premiere at the New Zealand International Film Festival in July.

An insider’s guide to award season