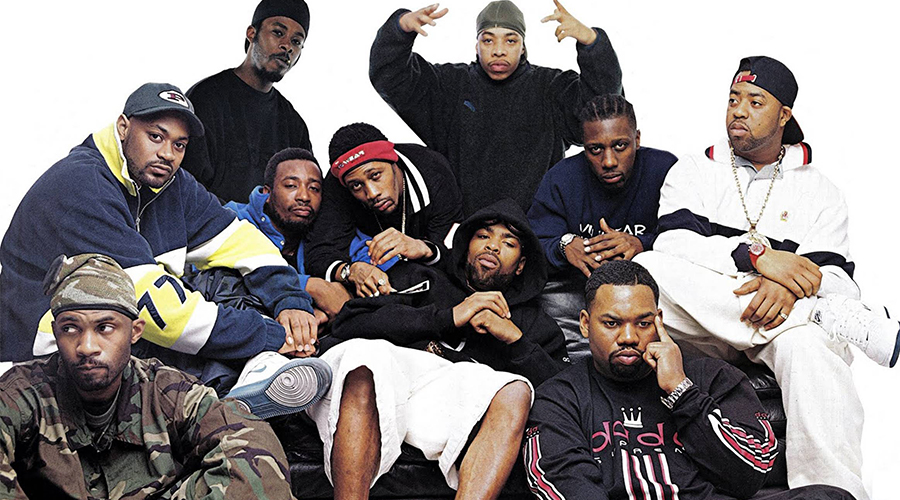 Even if you’re not the biggest hip-hop fan, it pays to verse yourself with some trivia ahead of the legendary collective’s visit to our shores this December.

Once, there were nine
Contrary to popular belief, the East Coast rap clan, which was established in 1992, had nine founding members, not 10. They were RZA, GZA, Ol’ Dirty Bastard, Method Man, Raekwon, Ghostface Killah, Inspectah Deck, U-God and Masta Killa. Longtime collaborator Cappadonna only became an official member in 2007.

Hidden meanings
The kung-fu-obsessed band’s name was adopted from the 1983 Hong Kong martial arts film Shaolin and Wu Tang but the rappers also developed several backronyms, including ‘We Usually Take All N**gas’ Garments’, ‘Witty Unpredictable Talent And Natural Game’, and ‘Wisdom of the Universe, and the Truth of Allah for the Nation of the Gods’.

First time’s a charm, eventually
While their first ever album Enter the Wu-Tang (36 Chambers) is still widely regarded as one of the greatest hip-hop editions of all time, cementing them as an influential force in defining 90s hip-hop, it was something of a slow-burner, taking two years from its original release date to finally crawl to platinum status in 1995.

Other known affiliates
Wu-Tang’s hundreds of collaborators are known as the Wu-Tang Killa Bees, and their affiliation with the group varies from person to person. Acclaimed rapper Nas was the first non-Wu-Tang affiliated MC to appear on an album. In 1998, a compilation called Killa Bees: The Swarm showcased tracks from these Wu-affiliated artists.

Famous phrases
Slang has long been a staple of the clan’s music, wherein members would blend Five Percenter terms, Kung Fu/oriental words, and comic book and street terms to create their own lexicon. They christened Staten Island as “Shaolin Land” and money as “C.R.E.A.M.”) to name a few.

Modern-day impact
Both Jay-Z and Kanye West are just some of the big-name artists who cite the Wu-Tang Clan as having deeply influenced their music through the use of soul samples and street language.

Big Screen Ambitions
Original clan member, Ol’ Dirty Bastard, aka ODB, became infamous for his erratic behaviour which included famously picking up a welfare cheque in a limousine, rushing to the during the 1998 Grammy Awards to protest Wu-Tang’s loss to Puff Daddy, and becoming a fugitive after fleeing from a court-ordered rehab clinic, resurfacing one month later to perform at a Wu-Tang album launch party. ODB died on 13th November 2004 from a drug overdose.  A biopic about his life is currently in production at Sony’s Colombia Pictures with Wu-Tang leader RZA pegged as the producer. As of yet, there is no release date.

Wu-Tang Clan will be playing at The Trusts Arena on 14th December. Purchase tickets here.

Music lovers, these are the albums you should be adding to your listening list