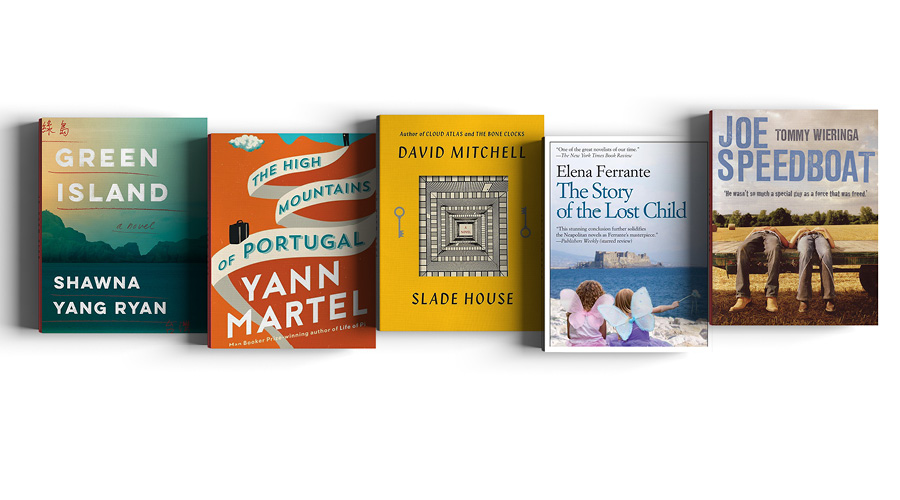 Behold the seasonally appropriate literally companions you need to have crossed off your reading list.

Lending us his literary prowess, local erudite Andrew Maben from Herne Bay’s Novel Bookshop introduces the ideal accompaniments to those long winter nights curled up by the roaring fire.

Green Island by Shawna Yang Ryan
The subject of rave reviews, this is a story of love, betrayal and family set against the backdrop of 20th-century Taiwan’s tumultuous political landscape. As thousands of people are dragged away from their everyday lives and thrown in prison by the Chinese, one such character is Dr Tsai, whose daughter is born only weeks earlier. Ten years later, Dr Tsai is released and reunited with his youngest child — the novel’s unnamed narrator — amidst the alienation and paranoia of the community. Decades down the track, his daughter is faced with similar familial difficulties in her new life in America.

The High Mountains of Portugal by Yann Martel
From the author of Life of Pi, this story loosely interweaves the fallout tales of three men, who have each lost their wives. The first sets out from Lisbon in 1904 in one of Europe’s first automobiles. His endeavour is to find an extraordinary artefact he has read about in an old journal said to have the potential to redefine history. The century that follows sees the other two men drawn into the far-flung quest that is part ghost story, part contemporary fable which delves into the sentiments of love and loss.

Slade House by David Mitchell
With The Guardian naming Mitchell one of the best writers in the English language, you can rest assured that the quality of writing here is second to none (as is to be expected from the best- selling author of Cloud Atlas). Slade House is a ‘reality-warping new vision of the haunted house story’ whereby an odd brother and sister who live in the eponymous residence extend a unique invitation to eccentric and lonely individuals. Spanning five decades leading up to the present, one is left to question what really goes on inside this home. For those who find out, it’s already too late.

The Story of the Lost Child by Elena Ferrante
Described as a dazzling saga of two women, this book — the last instalment of a four-part series — is a stunning example of women’s literary fiction. The story is based on two highly codependent women, each with very different lives and personalities, living in post-war Naples. Their lifelong friendship remains the gravitational centre of their extraordinarily contrasted lives and makes for a read that’s nigh on impossible to put down. Described as ‘addictive’ and ‘compulsive’, the increasingly popular series is drawing attention to the matter of the author’s true identity (‘Ferrante’ being a pseudonym).

Joe Speedboat by Tommy Wieringa
With a narrative anchored by Frankie, a kid partially paralysed and rendered unable to speak at the age of 14 due to a tragic accident, Dutch writer Wieringa takes us on a witty, thoughtful and surprisingly tender journey into the unfamiliar. While Frankie’s story is miraculous — he regains the use of one arm to become an arm wrestler and wooes a beautiful girl he has long lusted after — the meandering tale doesn’t deliver the feel-good ending typical of a disadvantaged protagonist. Rather, it paints the picture of how good people have the power to overturn an individual’s state of mental and physical despair.

Author to know: Explore the vast and varied literary landscape of Yiyun Li