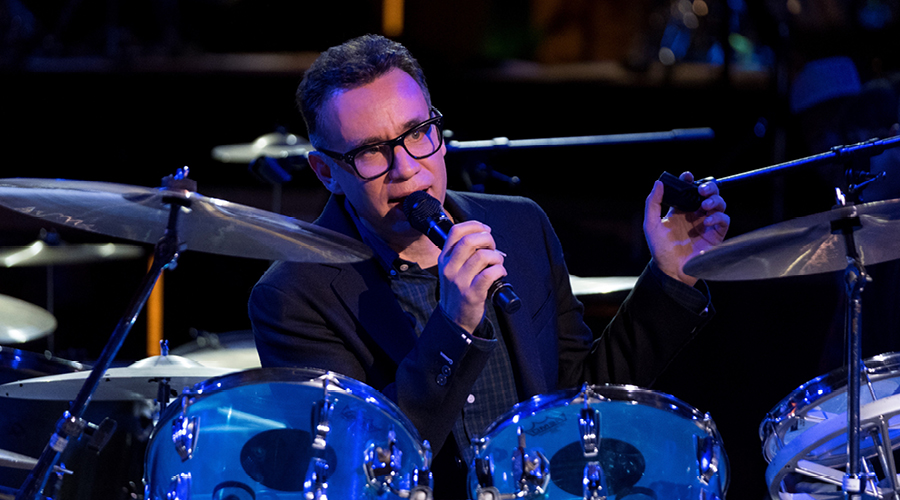 If you’re unfamiliar with Fred Armisen’s name, you’ll likely recognise his face from the numerous films and television shows he has appeared in — he was the co-star and co-writer of critically-acclaimed series Portlandia and had a longstanding tenure as a core cast member on Saturday Night Live.

A performer with unparalleled skills not only in comedy but acting, writing and music as well (his career actually started as a musician in Chicago-based punk band Trenchmouth) Armisen’s unique approach to comedy has won him and his work a series of accolades, including Peabody Awards, Emmy nominations and a Writers Guild Award. Now, the hilarious multi-hyphenate is touring New Zealand for the first time, bringing his show Comedy For Musicians But Everyone Is Welcome to SKYCITY for one night only, next Friday, 6th September.

Set to be a show carried by Armisen’s signature deadpan timing and dry, intelligent humour, Comedy For Musicians But Everyone is Welcome will be more than just an evening of entertainment. Offering the chance to experience one of the most diversely talented performers in his element, this is a night you don’t want to miss.

So, in a bid to make sure you don’t, we’re giving away a double pass for the show to one lucky Denizen. The perfect excuse for date night, grab a bite at one of SKYCITY’s delicious eateries before the show kicks off at 8pm, and prepare for a night of hilarious antics. For entry to the competition, click here.

For more information and to buy tickets to see Fred Armisen at SKYCITY, click here.

*This competition has now closed*

Need some comic relief? Check out our top picks at the NZ International Comedy Festival