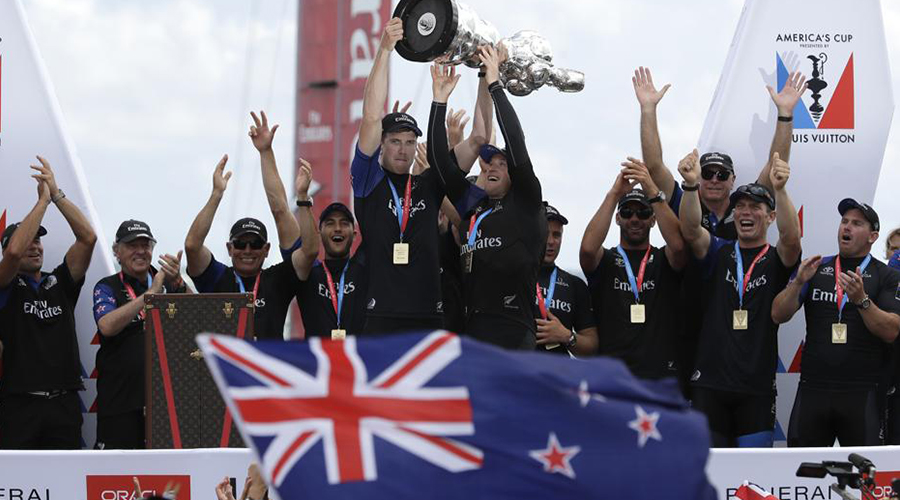 This morning, circa 5.40am, we were acutely reminded of just how potent New Zealand’s hallmark ingenuity, determination and resourcefulness can be. Paying off in the form of the hard-won Auld Mug, the America’s Cup is officially ours and here are few things we can look forward to as a result.

The end of Larry’s reign
The whole nation can breathe a sigh of relief knowing that Larry Ellison’s grand plans and despot-esque cup rulings have well and truly been put to bed. Just as Grant Dalton said, “The biggest software company in the world just got beaten by little old New Zealand software.” And it feels good.

More teams will compete
As a consequence of said person moving on. The next class of America’s Cup boat will likely return to the classic, monohull variety which, in itself, significantly lowers the barriers to entry. Did we mention that the Prada-owned Luna Rossa team presented the official challenge promptly after ETNZ crossed the finish line?

It reiterates New Zealand’s standing as a sailing nation
Move over Lord of the Rings, and the All Blacks for that matter, this year’s America’s Cup coup means we have a sterling new (or rather, ‘revived’) claim to fame that might just allow us to shake the whole Hobbiton thing — not that we don’t appreciate it, just that it’s perhaps time to move on.

There’s a 0.03% chance we’ll have new public holiday on our hands
We hear the calls. It almost happened when Australia first won the competition back in 1983, but given Prime Minister Bill English’s laid back attitude — sources suggest he watched the final match with a cup of Milo in bed this morning — we won’t be holding our breath.

New Zealand can party like it’s 1999 (again)
(Cue: Prince) Many of us can recall the revelrous atmosphere and people-packed streets of the 2000 Match based out of Auckland’s very own Viaduct Harbour. Well, you can expect that all over again in (what might be less than) four short years time. Needless to say, Auckland will be a bigger and better city for it.

America’s Cup got you lost? Brush up on the most important rules before the big race