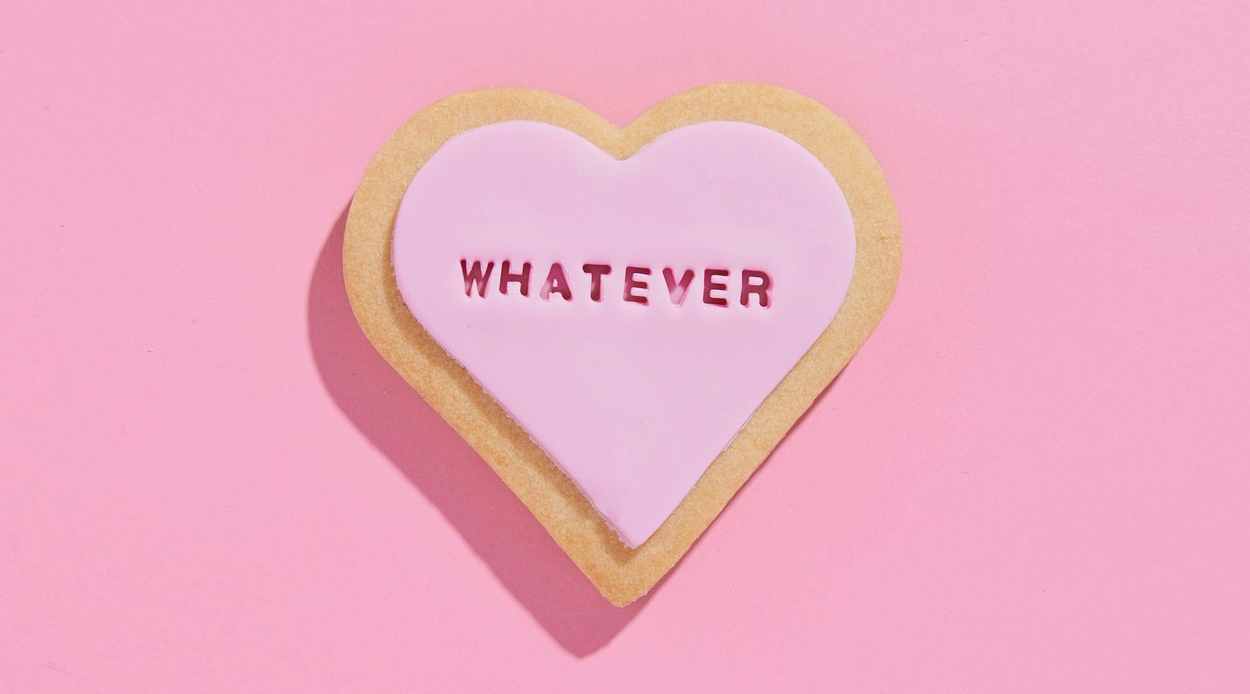 Grace Jones said it, “love is the drug for me,” and there isn’t a better day to score than today — Valentine’s Day is finally here. The one day of the year when public displays of affection will garner the least amount of resentment from the public in question. Characterised by chocolate hearts, Hallmark cards and enough flowers to send anyone with respiratory problems into a complete breakdown, it’s also the day that single people everywhere suddenly become very cynical and aloof (though most of them secretly wish they were as cringe as the rest of us).

But despite the buildup to Valentine’s Day feeling longer than an election, when it gets here, it’s just a day — filled with as much mundanity as any other. While we don’t want to begrudge you of your St Valentine’s joy (if that’s you — good for you), nor do we want you to think we’re haters (we did go to the trouble of curating a gift guide especially for the occasion), we do think it’s time we acknowledged the day and moved on. Here are some interesting things you can do today that have nothing to do with restaurant dinners or romantic movies.

1. Start a worm farm
Think of Valentine’s Day as a fresh start, of sorts. An opportunity to push lazy habits to one side and do something you’ve been thinking about for ages. Why not start a worm farm? It’s pretty easy to do, just pick up some worms and a container from a garden centre and head to Huckleberry for a compost bin to get you started. If it means you’ll be doing your bit for the environment well, all the more reason.

2. Go on a Wiki trip
Did you know that Wikipedia had a ‘random article’ button? I didn’t. But let me tell you, within 10 minutes of my blind journey into the Wikipedia web, I had been taken from the 2008 Australian Women’s Curling championship to the art of winemaking in Bordeaux, to a comprehensive list of female Formula One drivers, to the processes behind conserving and restoring lighthouses, before dipping briefly into a niche sub-culture called ‘The Christian Community’, and ending up at Bruce Simpson whose bio read: internet celebrity and activist from New Zealand best known for his long-running blog, YouTube channels and his 2003 attempt to build a missile with parts ordered from internet retailers. Fascinating.

3. Read a classic
While the list of new books coming out every month is long and varied, why not get stuck into some classic literature? A bit of Jane Austen, maybe? A foray into War and Peace or The Odyssey? If you’re feeling particularly cynical today, perhaps a bit of 1984 by George Orwell will feel more on your level.

4.Bedazzle a jacket
As an easy craft activity (and something I’ve found good for stress) simply drag an old jacket out of the wardrobe and gather together some two-dollar-shop staples. We’re talking diamantes, paints and glitter that would make My Big Fat American Gypsy Wedding blush. Assemble said items in some kind of formation on the garment and briefly consider quitting your job to open an Etsy store. Realise how little money you’d make when you look at the final product but don’t worry about it — you wouldn’t have worn the jacket again anyway.

5. Watch Abducted in Plain Sight on Netflix
This stranger-than-fiction docu-series chronicles the story of a 12-year-old girl who falls victim to her family’s sociopathic neighbour. But it’s not a typical story of creepy abduction by any means. With twists and turns that have blown the minds of audiences everywhere, this is series that everyone is talking about right now — so what better time to start?

8 subtly romantic things to do this Valentine’s Day, no soppiness required