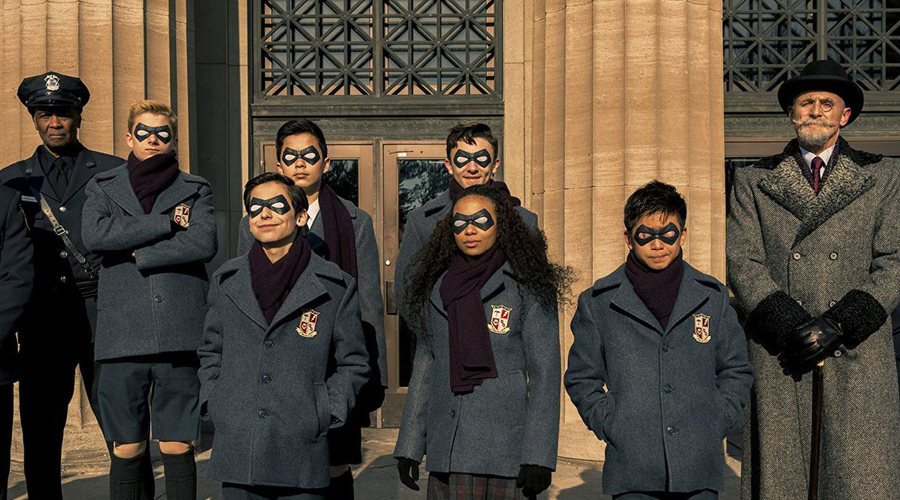 You’ve binge-watched You, you’re already nearing the end of Conversations with a Killer: The Ted Bundy Tapes, and — like everybody else — you’ve absorbed every part of Fyre Festival and gossiped about it endlessly with your coworkers/friends/anyone who will listen. You need fresh material to work with. Not to fear, fellow Netflix junkies, because the star streaming service has a cornucopia of visual treats coming up over the next few months and these are the ones you need to keep an eye out for.

Dirty John
New Series, available 14th Feb
The true crime podcast (recommended by us back in December) that had us all gripped with its neverending twists and turns is soon to be landing on Netflix as a series. Dirty John tells the chilling, true story of John Meehan, a conman and sociopath who destroys the lives of unlucky-in-love single mum Debra and her children. This might be dropping on Valentine’s Day but a romantic tale, it is not.

The Breaker-Upperers
Film, available 15th Feb
You may have watched this when it hit the cinema last year, but as a prime example of quality NZ talent, it would be rude not to enjoy the 90 minutes once again. For those who haven’t seen it, be sure to refer to our earlier intro to the film here. (NB: Fans of the film will love our interview with main actress and NZ funny-women Madeline Sami, found here.)

The Umbrella Academy
New Series, available 15th Feb
As our newfound love for sci-fi continues to gain traction, Netflix feeds our addiction with upside downs, virtual-reality-game dystopias, and now, misfit comic book heroes. The Umbrella Academy tells the story of an incongruous family (counting Robert Sheehan and Ellen Page as members) of young adults with special abilities who reunite after their adoptive father dies. And now? Why, they face a global apocalypse, of course.

Paris Is Us
Film, available 22nd Feb
This one will be worth sitting through the subtitles for, we’re sure of it. French drama feature film Paris Is Us sees Anna, a young twenty-something Parisian, escape near death in a plane crash which her boyfriend remained a passenger of. What follows is a bizarre sequence of events where Anna tries to navigate life post-near-death experience, flitting between dream and reality and past and present in a rapidly unpredictable city.

Chef’s Table
Another Season, available 22nd Feb
With more sumptuous food, interesting chefs and curious creations, fans of Chef’s Table will be chuffed to hear that the Emmy nominated series is back for another hunger-inducing season. The sixth instalment will introduce Mashama Bailey, Sean Brock, Asma Khan, and Dario Cecchini as its four main chefs, allowing you to take a deeper look into their most famous dishes.

Turn Up Charlie
New Series, available 15th March
For those that aren’t aware, (ie: everybody) award-winning actor and producer Idris Elba OBE happens to DJ in his spare time — a talent which he showcases well in this new comedy series. This eight-parter follows Elba, a bachelor-esque struggling DJ, who attempts to relaunch his career while acting as a ‘manny’ for his best friends unruly 11-year-old daughter.

Our Planet
New Series, available 5th April
Netflix’s own version of Planet Earth, directed by the one and only David Attenborough. As if you need to know any more, Our Planet takes viewers on an inspiring, unprecedented journey through some of the world’s most captivating environments, combining glorious footage of never-before-seen habitats and adorable animals in crisp, easy to view episodes.

Stranger Things
Another season, available July 4th
The upside-down sucked us in two series ago and hasn’t spat us back out since — read: we still can’t get enough of the 80s pop references, spectacular performances and eerie storylines. The third instalment, promising more of the such, lands on Netflix early July. Get your Eggo’s ready.