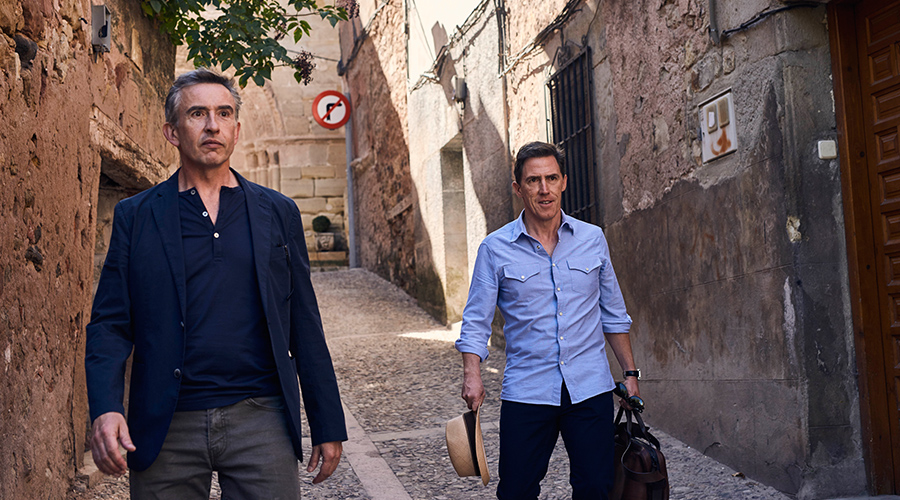 Steve Coogan is awkwardly hilarious. Often confused for his alter-ego, Alan Partridge, he has forged an illustrious career thanks to his penchant for drôle British humour. Seven years ago, he departed from Partridge to start on a new trajectory — a feature film, of which he is the main star, called The Trip. Followed up, four years later with The Trip to Italy, this year, the saga continues with the perhaps predictable Trip to Spain.

Accompanied by his mate Rob Brydon, Steve is now 50 and still chasing love. He wants to get back together with his ex-girlfriend Mischa, but she is with another man. Meanwhile, Rob’s acting career is going from strength to strength and his family life is fulfilling — he has had another child since Steve last saw him. Asked to do a set of restaurant reviews in Spain, Steve sets about doing so as Rob proceeds to write the newspaper articles.

Plodding along with their usual hubris, Steve imagines himself in the league of writers such as Orwell, Hemingway and Laurie Lee, while Rob uses Don Quixote as inspiration. Bumbling, as his films are known to do, in their ever entertaining manner, The Trip to Spain will surely delight Coogan fans.