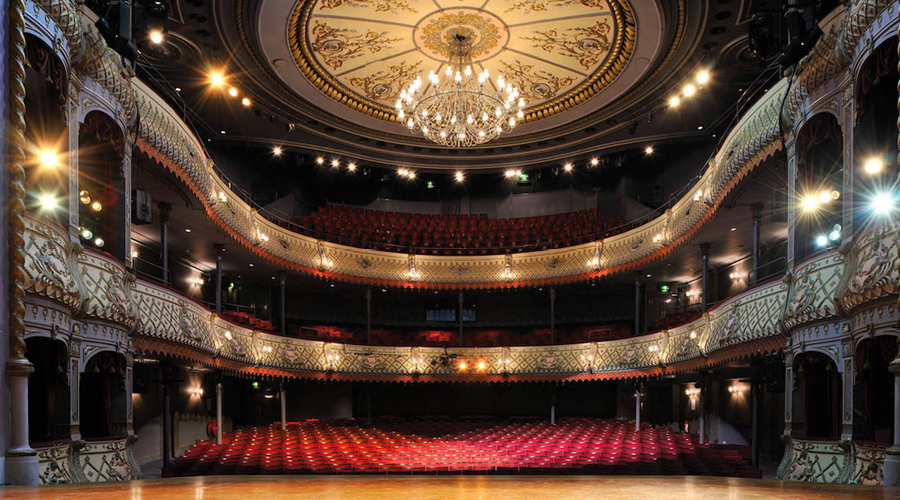 For many, a night at the theatre is a welcome reprieve from daily life. A chance to experience something visceral and engaging, watching the words of lauded playwrights like Shakespeare, Arthur Miller and Chekov come to life in real time. But there’s nothing quite like the deep cringe you feel at the ringing of a phone during a play’s pivotal monologue. Or the sense of murderous frustration at a neighbour’s incessant sniffling. An entire performance can be ruined (very quickly) by a single person who doesn’t grasp the nuanced social mores of this space. From the Ancient Greeks and Romans to the age of Shakespeare and now the hallowed stages of Broadway and the West End, the rules around how one should behave when attending a play have evolved over time yet the principles remain relatively unchanged. Covering everything from eating during performances to the most appropriate way of shuffling down a row, this is our definitive guide to ensuring the drama stays on stage.

Superstitions to know
Break a leg — Be sure to say “break a leg” instead of “good luck” to an actor about to perform. While exact origins are unclear, some stipulate that this tradition came from the belief that whatever is said before a performance, the opposite will happen. Others claim that it refers to the tall, narrow curtains that mask the wings — called legs — where “breaking” them simply means making it to the stage. Another theory dates back to Elizabethan theatre, where punters would throw money on stage for well-received performances and actors would bend down to pick it up, thus breaking their pant leg.

The Scottish play — This rule relates to William Shakespeare’s classic tragedy, Macbeth. If this play is on the cards, it is a longstanding rule that its name must never be spoken out loud inside the theatre. It was believed that Shakespeare used ‘real’ dark magic spells in his dialogue, birthing a theory that anyone who spoke the play’s name would bring a curse upon its performance. Refer to it instead as ‘The Scottish Play’. Should you inadvertently break this rule, accepted reversals include spinning around three times and spitting or reciting a line from A Midsummer Night’s Dream: “if we shadows have offended, think but this and all is mended, that you have but slumbered here, whilst these visions did appear.”

Bouquet etiquette — If you know someone in the play, do not give them flowers until after the performance. The association of flowers with graveyards and subsequently death means that you can expect looks of horror from any thespian you give a bouquet to before they go on stage, as it is believed to signify that the play itself will die (dramatic, we know). If you wait until the curtain has come down, beautiful flowers will represent the performance coming to a happy end.

Fussing over food
It’s called dinner and a show for a reason. The expectation that the two remain mutually exclusive is largely due to the distracting nature of mid-performance nibbling. Going out for dinner prior is a good place to start, preferably somewhere close to the theatre (consult our guide to dinner and a show for some guidance if you’re stuck). If you don’t have time to fill your stomach before you get there and food is available at the interval, grab something that can be wolfed down in under 10 minutes.

No phone zone
There will always be someone’s aunt in the audience who has recently joined Instagram and doesn’t understand the concept of restraint on social media. She’ll stick her big phone in the air to get a shot of the action with little care for obstructing views or distracting performers (not to mention a stubborn disregard for copyright laws). And beyond its flouting of common decency, it shows flagrant disrespect for the entire theatrical institution. I once found myself sitting next to a man who kept checking his phone at regular intervals during a play as if his text messages were more important than the time the actors had put into rehearsal and the money I’d paid to be there. The bottom line is this: phones have no place in the theatre. So turn them off or leave them at home. 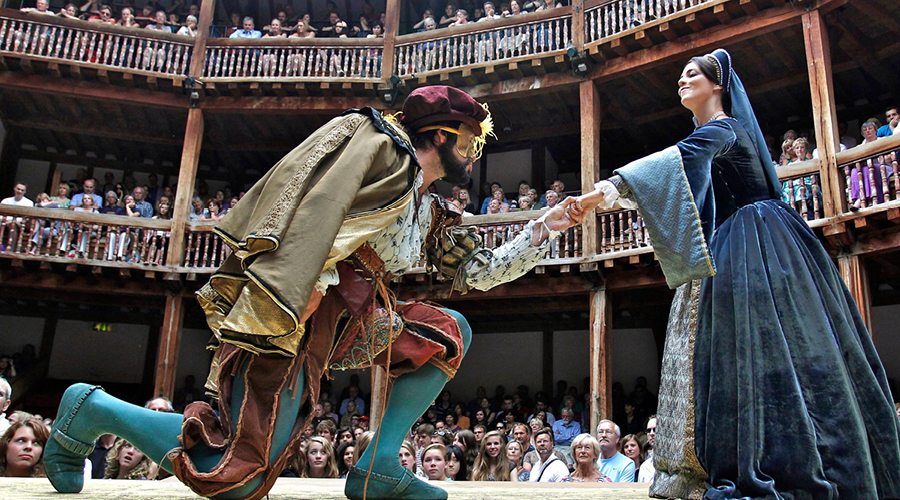 The seat shuffle
A topic of debate among regular theatregoers, the big question around the inevitable shuffle to seats in the middle of the row is: Do you face the people you’re passing? Or face the stage? I tend to think facing the person makes it easier for polite “pardons” and “thank yous” to be heard. It also avoids any unwanted bum-to-face awkwardness. If the roles are reversed and you’re the one having to make way for a latecomer, standing up is the most appropriate way to react. Tucking your feet slightly further under the chair makes literally no difference, and anything else requires much more effort from both parties.

When the lights go down
“Don’t talk in the middle of a performance” might seem like a laughably obvious suggestion, but some people still can’t get their heads around the concept. If your theatre fellow can’t follow the plot, it’s either a bad play or they’re a bad listener. Please don’t feel the need to lean over and whisper scene-by-scene explanations to them. They must find their own way back into the story — and no one else signed up for an audio tour through the second act. Gasps, giggles and guffaws are all appropriate reactions to the action on stage, bearing in mind how long the actors have spent preparing their performances, and how much they are giving of themselves on the night. The theatre lives and dies by the relationship between actor and audience, so it’s important that you give your full attention and show appreciation where necessary.
Always keep an open mind. Even if you aren’t enjoying yourself, when the lights go down, that’s it. There’s no getting up half-way through the first act (considered the height of rudeness as well as a logistical nightmare — read: ‘the seat shuffle’), once you’re in, you’re in. So you might as well try your best to find some redeeming qualities to cling to. At least until the interval.