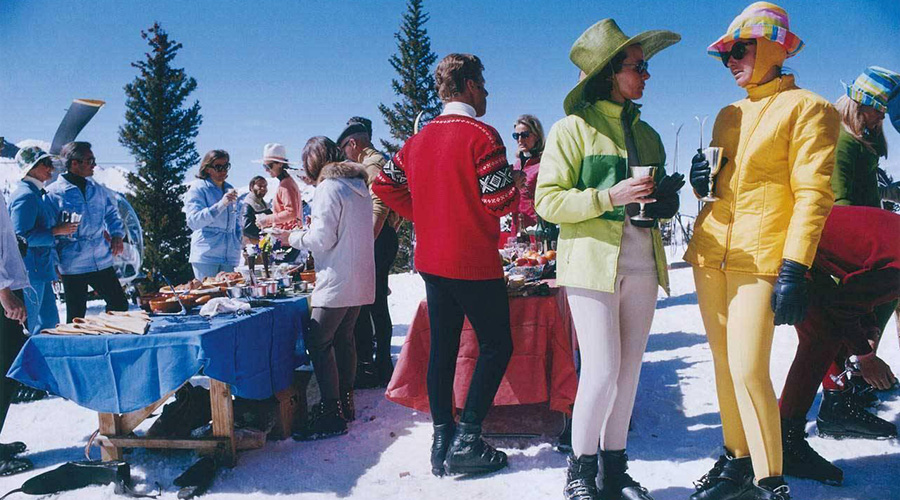 The after match function following a day on the slopes is what truly defines your winter escape.

New Zealand’s après-ski culture is stunted by our geography, our winding roads acting as the gateway which demand responsibility between population and piste. Where Europeans have a four-metre shot-ski, New Zealanders have a 40-minute drive home, and with four extra decades to evolve the culture, improve mountain access and develop facilities, it’s no wonder Aotearoa’s après-ski scene is a limp courgette in the garden of European refinement

The Venue
The general consensus is that you can ski, stroll or stumble your way to après-ski quickly and effortlessly following, or even during, your final run. The perfect venue is one which acts as a pit stop between skiers and their personal hygiene, slipping in an après-ski drink is much more important than such banal affairs as showering. The festivities built on endorphins and carefree holiday makers are all over before the winter sun begins to set (approximately 6:30pm), the bar emptying as dinner (or the Nanny) calls.

The Music
Après-ski music is more accessible than a 24-hour video store in the early 2000s. Family friendly titles from Abba and Elton are mixed with Guetta and The White Stripes as inter- generational ski groups mix like the Kardashians and rap musicians (so many selfies). No industry is doing live band covers better than après-ski, even the wedding industry is the Dacia to their Renault. You must embrace the gaiety with open arms and very merry jazz hands.

The Drinking
Any physical activity requires re-hydration, and most hard work deserves an alcoholic beverage. Après-ski is where these outcomes collide in steaming warm contrast to the cold snow. It’s the Terminator 2 steel mill of parties; you’re presented with all the tools to save the day but even the good guy is at risk of getting destroyed. At high altitude and likely dehydrated to start, care should be taken to avoid turning into an untouchable puddle of molten steel (we’ve all been there).

The Egality
With your investment/wealth-signifying equipment stacked outside and your public display of proficiency put on hold, everyone is equal at après. Après-ski allows us an escape from the reality of our aching muscles, and in some cases our aching children. The icebreaker isn’t, in fact, the mulled wine (or even the Icebreaker merino) it’s the united passion for ski and snow. You can be sure that Gerry-no-fun (only here for the kids’ sake) went home to watch Netflix at midday.

The Fashion
The expectation to continue festivities in your base-layer or ski gear is the foundation of the après-ski uniform, and the very fabric of its carefree sentiment. If you return home to change not only will you miss the fun, you’ve missed the point entirely.

How to: Winterise your G&T

Hitting the slopes this winter? These are the skiers you must avoid at all costs