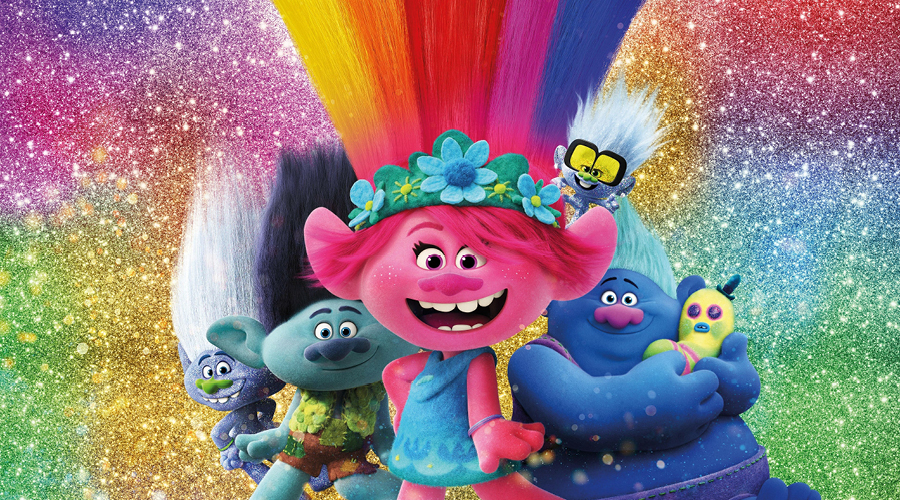 Trolls World Tour
It’s all glitter and happiness in Troll Village until Queen Poppy and Branch make a surprising discovery — there are other Troll Species beyond their own, each defined by a different genre of music; funk, country, techno, classical, pop and rock. When rockers Queen Barb and King Thrash set out to destroy the other music, Poppy and Branch embark on a daring mission to unite the trolls and save the diverse melodies from becoming extinct.

Red Shoes and the Seven Dwarfs
A South Korean produced film that is a play on the classic Brother’s Grimm fairytale, Snow White. Seven cursed dwarfs need the kiss of a beautiful woman to reverse a spell put upon them. Snow White just happens to find a pair of magical shoes that transform her into a classic, princess beauty. As their paths cross, each character discovers the true meaning of beauty. Expect a parody with a twist.

Samsam
SamSam appears to have it all: his own flying saucer, a great family and wonderful friends. But the one thing he has yet to attain are actual superpowers. The young, wannabe superhero who hasn’t yet learnt to harness his powers, goes on a quest to realise his potential and finds himself taking on a monster who tries to stop children from laughing.

Sonic the Hedgehog
The world needed a hero — it got a hedgehog. Powered with incredible speed, Sonic embraces his new home on Earth — until he accidentally knocks out the power grid, sparking the attention of uncool evil genius Dr. Robotnik. Now, it’s supervillain vs. supersonic in an all-out race across the globe to stop Robotnik from using Sonic’s unique power to achieve world domination.