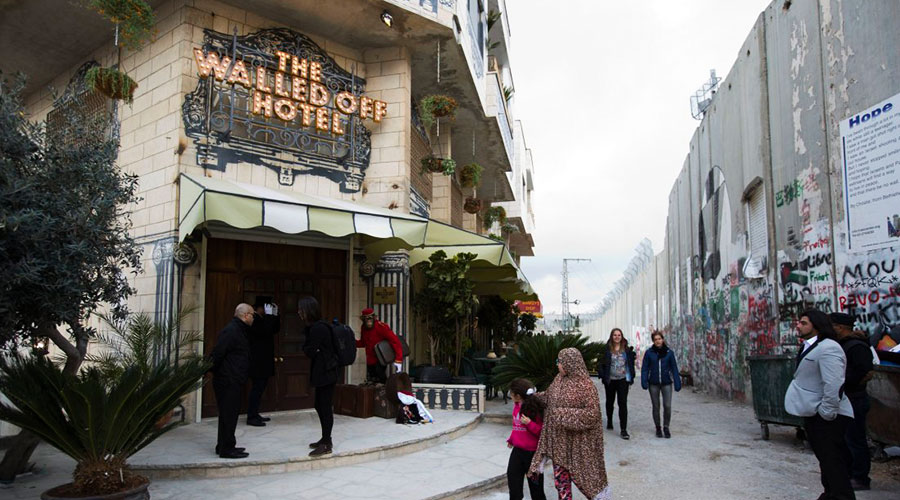 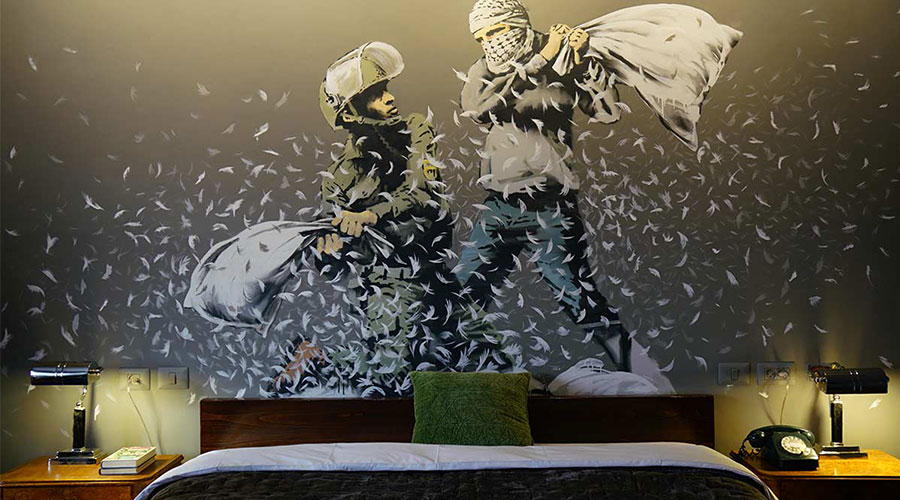 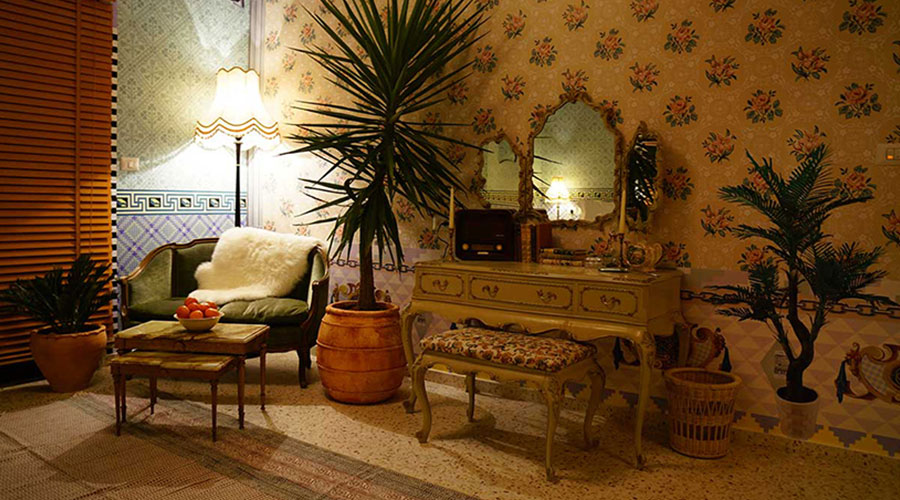 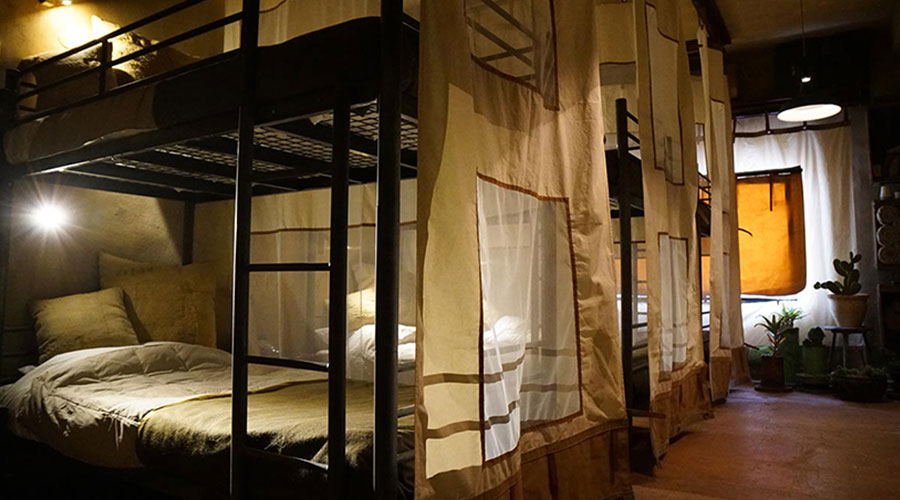 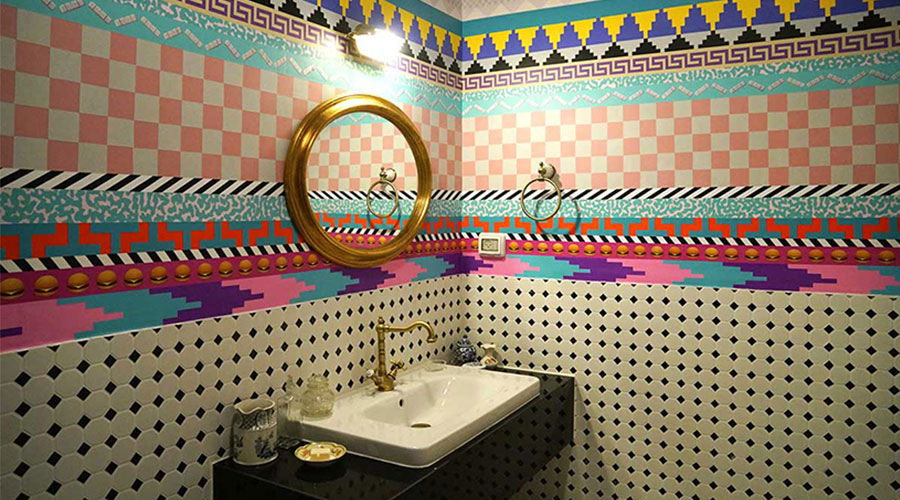 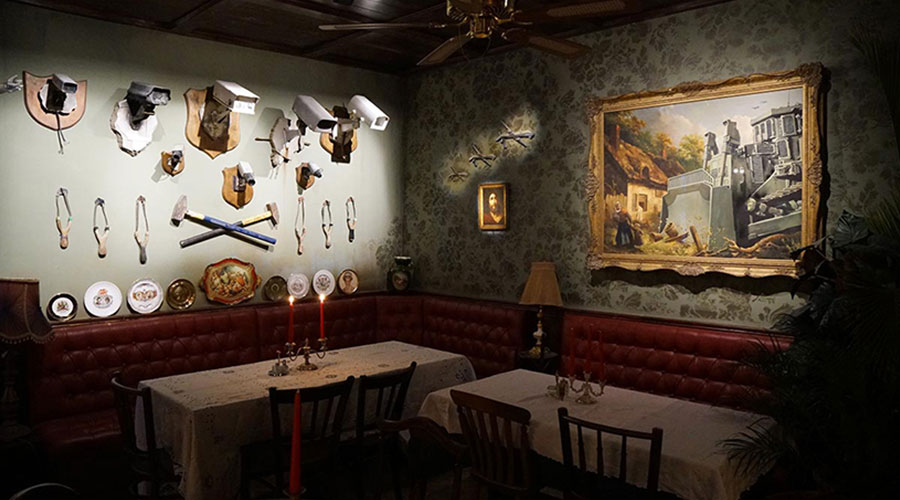 Leave it to Banksy to pull a stunt like this. Opening a 20-bedroom boutique art hotel in Bethlehem with what is being widely touted as the ‘worst view ever’ — that of Israel’s security wall. The barricade was erected 10 years ago with the objective of thwarting Palestinian terror attacks and is largely seen as oppressive by the population it guards against. Showcasing plenty of work by the famously elusive British street artist Banksy, the ingeniously entitled ‘Walled Off’ hotel offers basic accommodation starting at $30. This dormitory-style option sees rooms outfitted with surplus items from an Israeli military barracks while the more plush Presidential Suite, is equipped with a plunge bath, original artwork, library, home cinema, roof garden, tiki bar and a fountain made from a bullet-riddled water tank.

The theme, they say, is English gentlemen’s club, but the sardonic touches throughout don’t go unnoticed. ‘Scenic rooms’ are within range of the army watchtower even though the hotel is “not aligned to any political movement or pressure group” states Banksy’s website. “The aim is to tell the story of the wall from every side and give visitors the opportunity to discover it for themselves. We offer an especially warm welcome to young Israelis. Absolutely no fanaticism is permitted on the premises.” Be it, he might be sitting on the fence with this one, we’re pretty sure this is Banky’s biggest political statement yet. At the very least, it’s his most nuanced and perhaps his most complex.