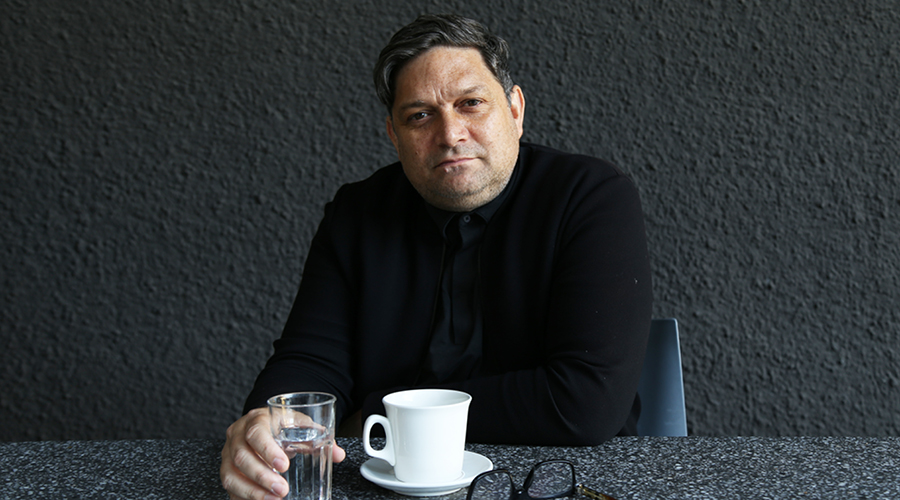 According to Sydney Festival director Wesley Enoch, our favourite Australian metropolis is always a city in flux. “Sydney has this history of military control. It came with its own ready-made police force,” he says — just read a little on the Rum Rebellion — which is why it still swings between modern-day hedonism and its early history of constant policing. “It goes backwards and forwards, succumbing to a dual relationship with its own social life.”

The sentiment he describes is one I know well, having flown across the ditch many times during the height of summer for one outdoor event or another. There’s an indulgent, paradisiacal feeling about being in the sun-drenched city teeming with beautiful people, glistening beaches, and a bountiful social scene, but there is definitely a darker, grittier side that belies it all. “It’s interesting at the moment because we’ve got all these lock-out laws that want to hold us back and control us,” Enoch says, “but the party slips out everywhere. It doesn’t take much to get 20,000 people to come for an outdoor event in Sydney and that’s what the festival is. We’re always one six-pack away from a party.”

Enoch, who has helmed the almost month-long Sydney Festival for three years now, is a theatre director and writer who ran a theatre company before being cast for his current position. With an Aboriginal father and a European mother, a lot of his work as always been about telling stories of Aboriginal Australia. “There’s a notion of having a purpose with my art; every story you tell shifts the world slightly and adds to the understanding of how the world works,” he says, as we conversationally cast the festival’s Spiegeltents and frivolities aside.

So how do you go from telling a single story on a single stage, to telling multiples stories, across a whole city? “Well, you can’t do it alone,” he begins, before digressing… “For me, Sydney Festival is really about prototyping cultural change by telling stories that people may not even know they are hearing. To give people new experiences.” That is the touchstone of Enoch’s vision.

Rather than prescribing each festival with a theme, the director prefers that motifs emerge more organically. Last year, it was naturally a conversation about #metoo. This year, he admits to a few different ideas that serve as poignant social commentary, one being the notion of home, place and safety. At this point, Enoch refers to Neneh Cherry, ‘a fantastic Swedish artist’ who, in her new album, talks about the European response to refugees. It’s a topic to which Enoch quickly adds, “And you think, Australia has been dealing with refugees really appallingly for 15 years. I mean, hats off to New Zealand […] What’s coming through is the idea of people seeking safety. It’s a big theme in the world right now — where are the safe spaces?”

Further to this, the 2019 festival will see several installations that pertain to the 50th anniversary of the moon landing, including a series of gigantic, molten-like ‘Moon Drops‘ at Darling Harbour that have been conceived by Auckland’s very own Alt Group in collaboration with the Auckland Council and Jasmax. Another event, Fly Me to The Moon, will encourage people throughout the city to get on their bikes and pedal 380,000km to go from the earth’s surface to the moon. Having sought involvement from gyms, riding groups and families, it’s a perfect example of the paradigm shift Enoch hopes to achieve through the allegory of the upcoming festival.

“The moon landing isn’t just about technological advancement. It’s about a time when there was a collective ambition. And that collectivism was channelled into a goal to achieve something. It’s almost as though we’re that missing now. Climate change, for example, is not going to be solved by the market, it’s not going to be solved by individualism. It’s going to only be solved through a collectivist, almost ‘socialist’ position (if we can use that word). I think we have to shift the way we think slightly to solve problems that the market will not solve for us.”

With each new year, Enoch has a firmer vision for where the festival stands within the city’s ever-expanding cultural offering. In his shrewd opinion, populations love change and the idea of being curious within their own community — “if you think you know what it is, you won’t go,” he says — so the idea to keep things fresh, to keep people guessing, is a pivotal one. Having perused the newly released 2019 programme, it would seem that Enoch has well and truly achieved as much.