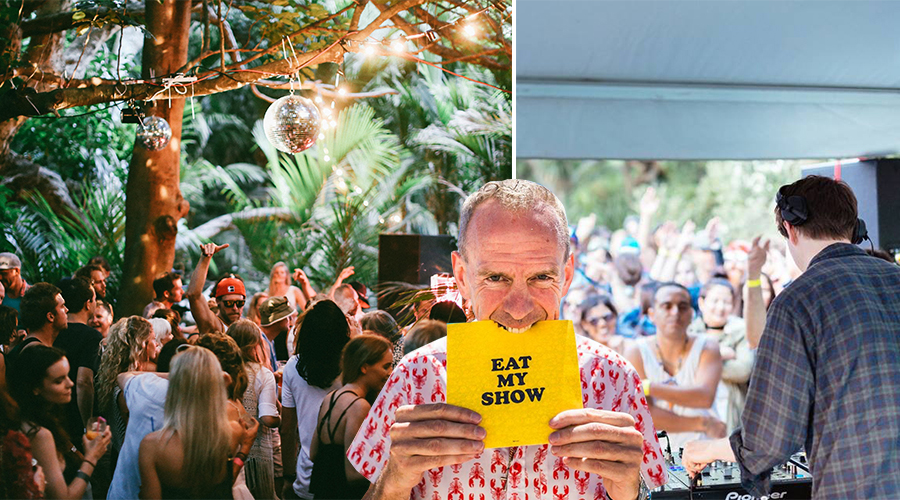 She is not summer without a few dank festivals tucked up her sleeve. With Auckland’s revolving door of international music acts busier than ever, the 2018/2019 season is looking mighty fine. Here we name a few of the most promising events worth locking into your calendar.

Flamingo Pier
When Waiheke first got a taste of Luke Walker’s high-quality event-organising abilities back in 2014, it changed things forever and for the past four years, we’ve revelled in his ability to establish an inimitably funky environment on the island’s unassuming Rangihoua Estate. This year, the magical festival will be ‘going large’ to celebrates its fifth birthday. The festivities will see Angus Muir on the light installations and the release of an EP with UK label Soundway Records. Oh yes, and did we mention the exceptional DJs (including Lord Echo)? Saturday 9th February, Rangihoua Estate, Waiheke Island

Wondergarden
In three short years, the Silo Park-based New Year’s Eve festival has become one of the season’s finest. Headlining this year’s event is English DJ and EDM composer Nightmares on Wax (aka DJ E.A.S.E) whose infectious, good-time beats have marked a new chapter in funk-infused dance music. Joining him will be the likes of American musician Dâm-Funk and homegrown post-punk act Cut Off Your Hands. NYE in the city has never looked so good. Monday 31st December, Silo Park, Auckland

Fatboy Slim
If there’s anything we’re praising like we should, it’s the news that cult English DJ and producer Fatboy Slim, aka Norman Quentin Cook, is gracing our shores this summer. With a schedule that will see him perform in Hamilton, Napier, Wellington, Christchurch, Queenstown and finally Auckland, we’ll be living by the tour’s mantra of ‘Eat. Sleep. Rave. Repeat.’ Various dates and venues.

Lauryn Hill
Marking the 20th anniversary of her game-changing album The Miseducation Of Lauryn Hill, the New Jersey-raised songstress is coming to New Zealand for a special headline concert with none other than acclaimed rapper Nas in tow. Captive crowds will be able to revel in singles like Hill’s ‘Everything is Everything’ and ‘Ex-Factor’. Saturday 16th February, Spark Arena, Auckland

Anno Domini
Kicking off with one session on 16th December and then another two in February, this annual rooftop rave series has steadily made a name for itself as the inner-city party worth going to. By choosing dates that straddle the Christmas break, Anno Domini is the perfect thing to rally your friends (who appreciate great music) both before and after you go your separate ways. Taking place on the Auckland Art Gallery rooftop for three dates this summer, we suggest you secure tickets STAT. 16th December, 3rd & 17th February, Auckland Art Gallery, Auckland.