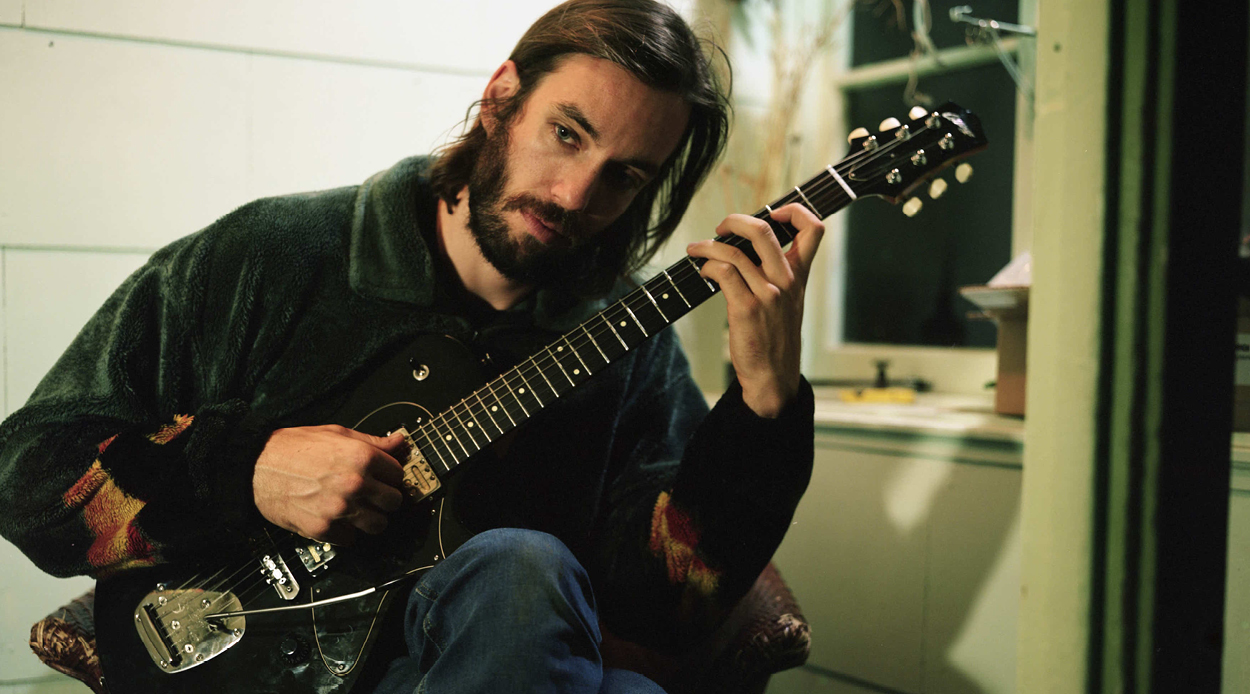 Acclaimed US folk act Sneaky Bones, a project by Seattle-based multi-instrumentalist, producer and songwriter Matthew Bean, is making his return to New Zealand this month to carry out an all-encompassing tour — it will span 14 dates across the whole country — for his latest album Strangers I’ve Already Met. To learn more about the American crooner and his upcoming tour, we pinned him down for five minutes for a quick Q&A — here’s everything you need to know before he hits our shores next week.

But that’s not all, to celebrate Sneaky Bones’ imminent arrival and all-encompassing nationwide tour, we are also giving away a double pass to his Auckland show, set to be held at the Wine Cellar on Friday 29th November. For more information and entry, click here.

For someone who hasn’t listened to Sneaky Bones’ before, how would you describe your sound?
Eclectic comes to mind for sure. I think we grab a lot of different ears because the tunes and instrumentation can run from crooner folk to country to Americana to folk-pop to proto-soul and rock. But I just call it folk music because that’s where I think it lives. Performing live we’ve been called “intricate,” “captivating,” “powerful,” “pure Americana,” and my personal favourite, “I don’t really know what that was but I couldn’t stop listening.” I don’t put a pin in any one sub-genre because the next record could be completely different. Maybe it will be a hip hop record. Who knows?

Sneaky Bones is an interesting pseudonym… where did that come from?
Interestingly enough it came from a friend getting a small bone stuck in her throat while we were getting chicken and waffles in Texas. She exclaimed, “those sneaky bones!” and it sort of stuck. Here we are. This was right when I was moving back to Portland to start a new project and the name didn’t ever leave the background noise in my head so I figured it was meant to be.

How would you describe your first foray into music?
The first foray was definitely in the bluegrass world. I used to play in bluegrass bands in San Diego and Portland and I think you can still hear a bit of that in my music these days. It is subtle but you can find the moments in certain parts of songs or instrumentations or cover choices. I’m still foraying though because I haven’t left.

How many instruments do you play?
I play the guitar, bass, mandolin, pedal steel guitar, and in a pinch double bass. I’m mostly a strings guy. Percussion is super fun to get down on and we do a lot of percussion arrangements on my records. I can squeak my way through a violin but never kept that one-up — you’ve gotta know your limits.

How do people usually react when they listen to your music?
The people that really connect with it definitely come and let me know and that is all that matters. I’ve been deep into months of tours where you are starting to feel a bit burnt out and magically, someone comes up to me after a show somewhere and just tells me how they connected with a song or [tells me] where they are at in life and how that moment of music changed their state of being for a moment. That is why I make music.

The people that don’t like my music, I’m sure they’d be just as happy to tell me but I only run into a few of those on the road, fortunately. Actually, after a show in rural California, someone came up and told me I should write better songs. She explained that there was only one song in my set (‘Amelia’ off of High as the Stars) that she actually cared enough to listen to. “Write more songs like that one,” she said. I just looked at her with a smile and said, “You know, I’ve been thinking the same thing.” I’m always trying to write better songs. People are super funny. I think she was a little shocked when I said I’d be back next time with some better songs.

Your upcoming tour is fresh off the back of your latest album, Strangers I’ve Already Met. How would you describe the album?
My favourite record yet for sure. We took two weeks to hone those 11 tunes in a giant barn in upstate New York. We would work on a single song for the entire day — eight to ten hours — chipping away at the arrangement, lyrics, instrumentation, and I just really love where those tunes landed. It’s got a little bit of everything on it.

Any key songs from it that we should be listening to?
‘When Does it Hit You’, ‘Sore Eyes’, ‘All I Need’, and ‘Carolene’ are my favourites. But there are a lot of moments on that record that hit in different directions. Those are some good starting points though.

Tell us about your upcoming tour, what can we expect?
Super stoked to be back in New Zealand! I’m bringing the band down this time — Marshall Wildman on drums and Austin Webb on bass/guitar. We do a lot of musical musical-instrument chairs which is a blast. Austin and I trade on bass and guitar and Marshall is playing some keys this tour. I think you can expect some exciting shows that offer up a diverse range of sonic textures and storytelling. We will be playing a lot of tunes off Strangers I’ve Already Met along with some older gems and a bunch of new songs that we are about to head into the studio and track.

You spent a bit of time touring in New Zealand in March of last year, what makes this upcoming tour different to the last one?
This tour we went all out. For that first run, I was solo and didn’t really have much time to promote the tour. We are really making a run at New Zealand because I love it down there and the folks I met on the last tour were awesome. So we are hitting a few more cities and will have the full live outfit for all 14 nights.

Is there anything that you’re particularly excited to do, or see, when you make your return to New Zealand?
I love exploring, surfing, skating, and just seeing the country. Hopefully, I’ll get a couple surfs in and wander the coastlines a bit. I really loved cruising around the Catlins when I was there last. I’m also stoked to play all these new cities and meet more folks and play with some awesome local bands. We just added Paper Cranes (Tauranga), Lhasa (Hamilton), and Ida Lune (Wellington) and will announce a few more in the coming weeks.

As far as your music is concerned, what are you hoping to achieve, fame? Fortune?
Longevity. I just want to keep making music and I’m not going to stop making records. Hopefully some other nice things come along for the ride but in the end, I just want to put out records and tour year in and year out.

What’s in the future for Sneaky Bones?
We are heading back into the studio this winter for a new record. I might be doing some US support dates this spring. Then we head over to Europe again for a month of shows in the summer, with hopefully a few festivals on the radar. And then probably back to New Zealand?!

Before you go, who are you listening to right now? Who would you recommend we put on our summer playlists?
While I type this I am listening to a great record called In Unison by Blank Range and I’m on my second lap through. Current song – ‘Radio’. I really like listening to entire records but here are some songs to catch some fresh ears.

Alright, that was so much fun that I made you a Sneaky Bones x The Denizen playlist on Spotify — give me your address and I’ll send you a mix cassette just like in the old days, eh?

Sneaky Bones’ 14-date, nationwide tour will begin on 13th November. He will be playing the Wine Cellar in Auckland on Friday 29th November.