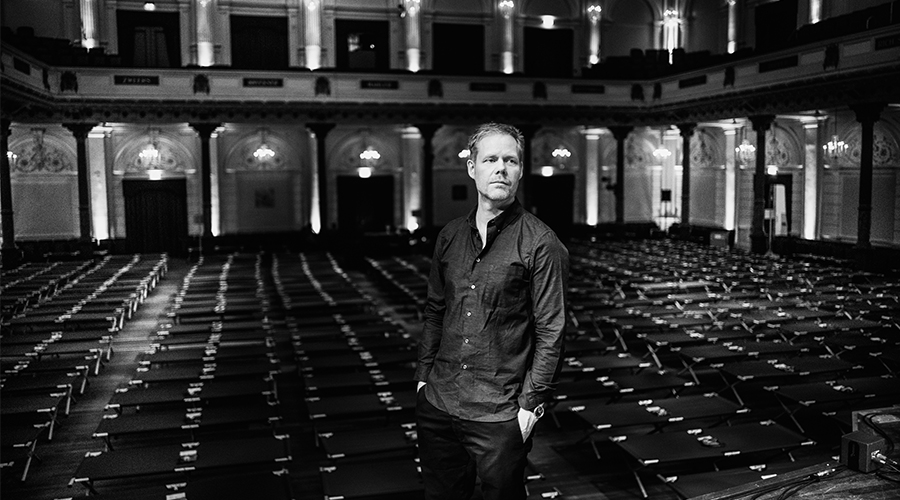 This 'antithesis of a rave' is the ideal event for those who like more than a bit of shut-eye.

The press releases have been streaming in about next year’s Auckland Arts Festival, illuminating what is set to be a stellar showcase of global talent in our very backyard. But in the mix, between Akram Khan’s Giselle and a stage adaptation of George Orwell’s 1984, is an experimental show called ‘Sleep’ that has definitely piqued our intrigue. Taking place on the eve of 16th March 2018, a date that also happens to be World Sleep Day, this ‘antithesis of a rave’ is the ideal event for those who like more than a bit of shut-eye.

The idea is to pack your pyjamas and head along to Queens Wharf’s Shed 10 where prolific British composer Max Richter will take you on a slumberous journey. Performed live over eight-hours throughout the night, the concept is to explore what this type of music does to the subconscious mind. Created in consultation with neuroscientist David Eagleman, Richter describes the music as a “personal lullaby for a frenetic world”. It is also, arguably, the longest classical music work ever recorded. Much more than music to send you to sleep — it is an experience that engulfs people’s dreams before reaching its rousing apotheosis as dawn breaks and sunlight streams into the venue (where you will be snoozing in your own private nook).

Hailed as the most influential composer of his generation, Richter defies definition as a pianist, producer, remixer and collaborator. Inspired equally by Bach, punk rock and ambient electronica, Richter’s sonic world blends a formal classical training with modern technology and his vast collaborative output encompasses concert music, operas, ballets, art and video installations, as well as multiple film, theatre and television scores. What we’re trying to say is that you really couldn’t be in better hands for lucid, musical dormancy.

Denizen’s guide to the AAF: 5 events we’re most looking forward to