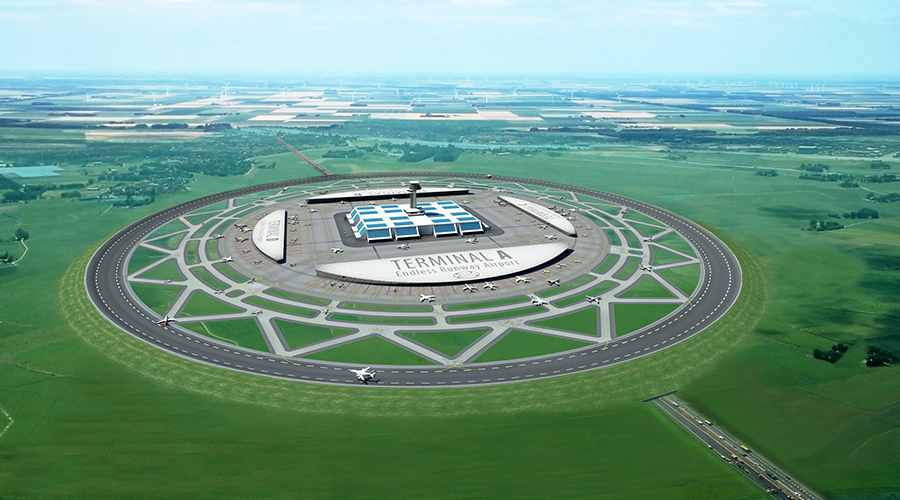 Demand for air travel is set to double over the next two decades and one of the biggest obstacles is take-off and landing capacity. In a plight to increase airport efficiency, Dutch scientist Henk Hesselink has come up with ‘The Endless Runway’ — a round runway concept that is 3.5km in diameter and anchored by a central terminal. With enough space for three planes to take off simultaneously, it would occupy a third of the space of a conventional airport while handling four times the traffic. The pièce de résistance of the novel design is the fact that there would always be a point for planes to land without a crosswind. The flat of the runway would be tilted at several degrees to help create a centrifugal force, and while there are plenty of limitations to this particular design, there is no denying this is a great solution for airports to circumvent exponential increases in traffic.

Architect to know: John Irving on curveballs, courtyards and the one thing every house should have