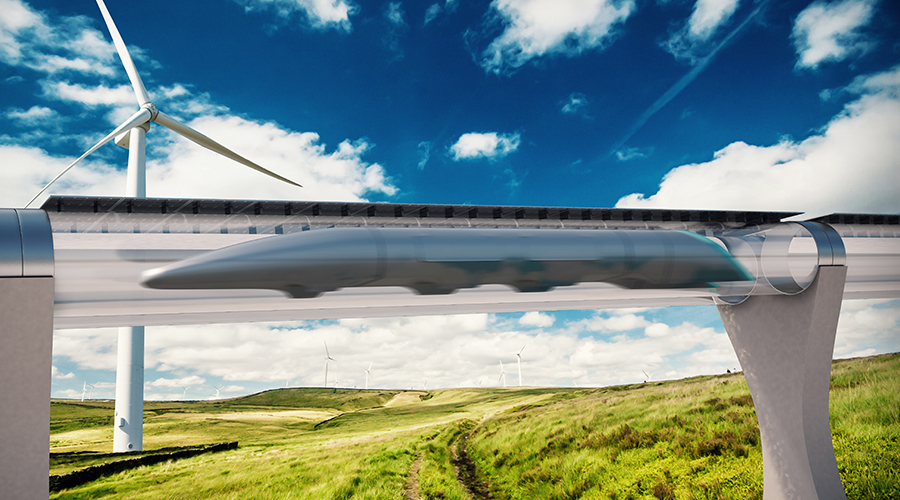 Elon Musk's Hyperloop might just be the solution to the future of transportation.

Those aware of the visionary ideas of tech billionaire and Tesla Motors CEO, Elon Musk, may also be familiar with Hyperloop Transportation Technologies (HTT). The revolutionary transport company is spearheading a futuristic replacement for bullet trains as part of a plan unveiled back in 2013. Since its inception, the Hyperloop’s development has been left in the hands of any company willing to progress with the concept in a novel approach they’ve dubbed ‘crowdstorming’.

Put simply, the technology behind the hybrid train is a combination of pneumatic tubes, like those still used in banks and factories today, and a high-speed train track. Instead of operating solely by vacuum force, however, there are several features that set it apart. The ‘people-carrying’ pods have so far been designed to hover on a cushion of air, propelled by electromagnetic motors. A compressor fan at the front of the Hyperloop is used to redirect air through to the back of the cabin for additional propulsion and air cushioning when coming to a halt. Air will also be directed through to the air bearings — paddles that levitate the capsules above the tube in order to reduce friction. Moving through tubes at the speed of sound (its top speed will be over 1200km/h) the Hyperloop promises to make a record-breaking commute, reducing the six-hour drive between Los Angeles and San Francisco to a trip no longer than 30 minutes.

Having recently broken ground on its first test track, if successful, the Hyperloop could revolutionise transportation by cutting down travel time and reducing traffic. What’s more, the tube track is designed to be immune to weather and earthquakes, as well as being self-powering and unobtrusive. With big plans to begin construction on a full-scale passenger version in California, HTT’s CEO, Dirk Ahlborn, has suggested that the successful implementation of this transport system could solve some of the most important logistical problems the world faces today.