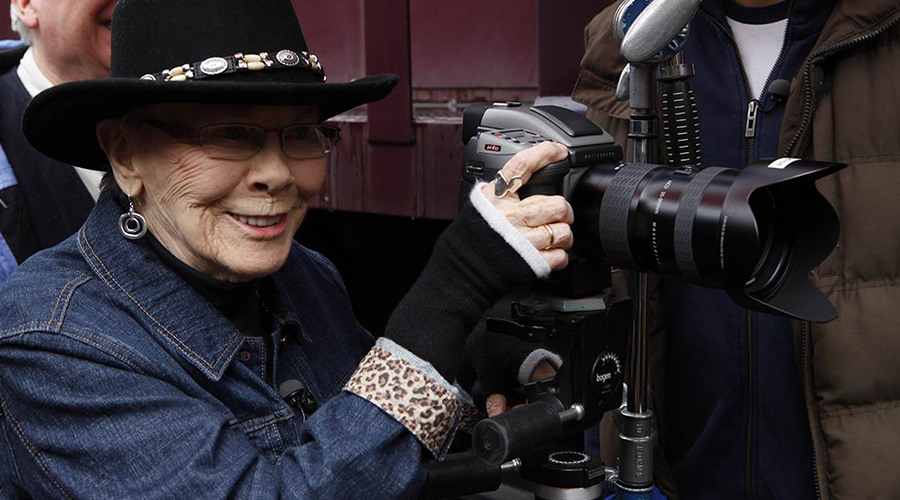 Her Aim Is True
Premiering Wed 12th April, 8:30pm
Before there was Annie Leibovitz, there was another female photographer changing the way we looked at rock stars — Jini Dellaccio. A musician, turned painter, turned photographer, Dellaccio was a trailblazer. She was self-taught, a woman in a male dominated profession, and didn’t start photographing bands until she was in her mid 40s. Working with notable artists such as Neil Young, The Rolling Stones, The Beach Boys, and The Who, independent filmmaker Karen Whitehead explores the life and career of Dellaccio through archival photos and film, and interviews many of the band members she photographed.

Mapplethorpe: Look At The Pictures
Premiering Wed 19 April, 8:30pm
This 2016 documentary from filmmakers Fenton Bailey and Randy Barbato (Inside Deep Throat) is a terrific portrait of one of the most famous and controversial photographers of the 70s and 80s, Robert Mapplethorpe. The filmmakers don’t shy away from exploring Mapplethorpe’s more provocative work, which is filled with nudity and sexually explicit moments, homoeroticism and the aesthetics of sadomasochism. But there’s more to this documentary than trying to shock us with imagery; Bailey and Barbato look at the bigger picture, taking us through Mapplethorpe’s life from a young Catholic boy in Queens, NYC, to living with Patti Smith at the Chelsea Hotel.

Get The Picture
Premiering Wed 26 April, 8:30pm
Those fascinated with photojournalism and the role of the photographer in areas of conflict will revel in this documentary about John G Morris. Revered journalist, and former picture editor of Life magazine and The New York Times, Morris is one of the last living journalists involved in the D-Day Normandy landings, and many other historic and defining moments. Aged 95, Morris is in remarkable form as he reflects on his life and career with clarity and wit. Like a living encyclopedia, Morris has been responsible for presenting a visual record of the best and worst moments of mankind over the last 70 years or so, and can still recall the circumstances that led to the photos being taken.

In April SKY customers can upgrade to Rialto Channel and get the first three months half price. T&Cs apply, find out more here.