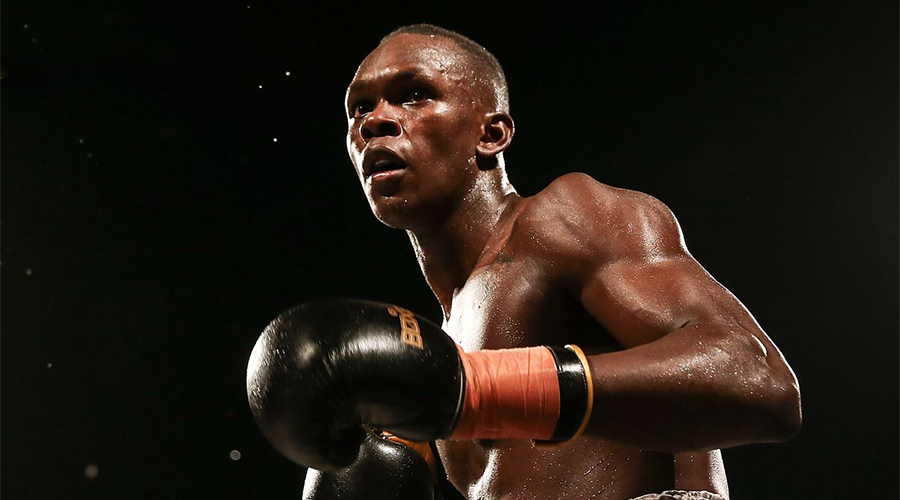 When professional UFC fighter Israel Adesanya, aka Stylebender, was selected by Karen Walker to feature in the brand’s Monumental eyewear campaign, the incongruous choice not only put a spotlight on the traditional views of gender-specific fashion, it also left us questioning: who is this handsome young athlete? In a bid to know more about the Nigerian-born, New Zealand raised weapon of mass destruction’s profession, we proceeded to ask him a few burning questions about the highly vicious sport. And if we learnt anything from his answers, it’s that mentality is everything.

When and how did you start your career?
I started fighting in 2008 in the art of Muay Thai kickboxing.

What do you love about it?
The range of attacks one can use. Muay Thai is also known as the art of eight limbs, that’s six more limbs than boxing.

Who inspires you?
I look up to cartoon characters like Aang and Toph from the Avatar series. Rock Lee and Naruto from the Naruto series. Also a friend of mine Shane Young, a fellow UFC fighter, has been influential regarding my work ethic.

How long does it take you to recover from a major fight?
Not long. Most of my injuries come from attacking, I fight smart so I stay uninjured most fights. Normally I’d have a week off before I start training again.

What’s the training schedule like?
Every day in the gym for three to six hours (broken up into sessions).

What advice would you have for others wanting to take up MMA-type sports?
Don’t do it for the money or the ‘look’… do it for the love and the fun of it.

Who would you love to get in the octagon with?
If I could clone myself, now that would be interesting.

10 questions you always wanted to ask a circus performer