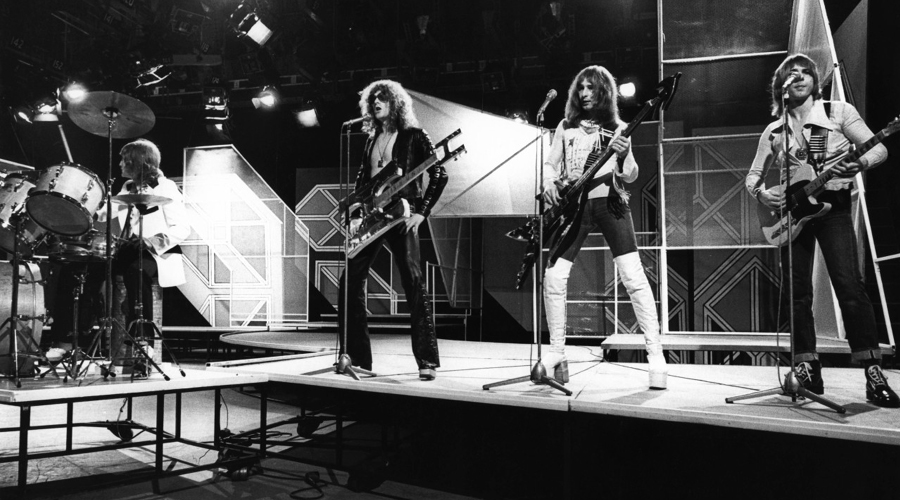 Having immersed himself in the music industry for decades, music reviewer and avid gig-attendee, Marty Duda, is a bona fide fountain of knowledge when it comes to any and all things music related. Boasting a record collection to make even the die-hard’s eyes water, his passion and support for the industry is unmatched. We sat down with him to talk about where he started, his favourite records and the newcomers we should be looking out for on the local music scene.

Where did your love of music start?
From listening to the radio in the car when I was growing up in Western Pennsylvania. My parents weren’t very arts oriented…we lived on a farm in rural Pennsylvania…but the car radio was always tuned to the local top 40 station and I got hooked on the hits of the 1960s.

When did you start reviewing music?
I didn’t start writing until quite late. I was about 40 years old and had moved to Auckland in the mid-1990s. At that point, I had done various things in music in the US…run a small indie label, been a radio DJ, produced a few records…I was desperate to find something to do music-wise in New Zealand. I had met Murray Cammick of Rip It Up magazine and he suggested that I try and write an album review. I gave it a shot and went from there.

Do you remember the first gig you went to? What was it like?
Yes, of course. It was a very corny pop group from the 1960s called Gary Puckett & The Union Gap. I saw them at The Eastman Theatre in Rochester, New York, on November 23, 1969. I was 14 years old and they were my favourite group. The Eastman Theatre was very old and ornate, a little like The Civic here in Auckland. My seats were up at the top of the theatre but I was thrilled just to be there.

What was the last gig you went to?
I just attended the Auckland City Limits Festival on Saturday. It was my first chance to see Grace Jones and she was awesome. But she should have been the final act of the night as no one could really follow her. I usually attend between 3-5 shows a week.

Who’s the best artist you’ve seen live and why?
‘Best’ is a tough one, but my favourite band is an English group called Mott The Hoople. They split up in 1974, then announced a series of reunion shows in 2009. I traveled to London to see all five shows at The Hammersmith. They were incredible! There were grown men weeping in the aisles, it was such an emotional scene. The band, for me, is the perfect combination of rock & roll elements, from 1950s Jerry Lee Lewis-style pumping piano to Dylanesque songwriting to Rolling Stones-like guitar and their songs, written by leader Ian Hunter, are wonderful.

How many albums are in your record collection — how long have you been collecting them for?
I have about 10,000 LPs and about 15,000 45s or singles. I got my first record for my 13th birthday from my parents. It was Tip-Toe Through The Tulips by Tiny Tim. I suppose I started collecting them seriously in the early 1970s.

Who’s the most interesting person you have met through doing this?
Probably a guy named Kim Fowley who was a songwriter/record producer/artist and all around hustler. He‘s the guy who formed the all-girl punk/glam band The Runaways and discovered Joan Jett, among many other things. I hired him to produce an album by a band I was managing and we became friends. He had an amazing memory and would call me in the middle of the night and talk for hours about music and discovering the next big thing.

What’s your favourite genre to listen to?
I love rock and roll. Also soul and 50s doo-wop

Whats the album or artist you’re listening to/loving at the moment?
I’m a big fan of Aldous Harding. I think she is a special talent and her second album, Party, is astounding. I can’t wait to see what she does next.

What are the biggest changes you’ve seen in the music industry over the last 10 years?
The fact that no one is willing to pay for music anymore! Artists are forced to constantly tour as they no longer can generate an income from record sales. The rise of streaming services such as Spotify is causing this. Artists make virtually no money from them, even with millions of streams. That trickles down to everyone else who works in the music biz. There are very few paying gigs for writers any more.

Where do you see the industry heading?
That’s the $25,000 question. Something has to change soon or new music will stop being made. I’ve already had artists tell me that they are reluctant to make new albums because there is no chance of recouping their costs. I wish I knew what the answer was. If I was a major recording artist, I would keep my music off streaming sites until fair payment deals were reached.

Any up and coming artists we should be listening out for?
Sure…there’s quite a few Auckland-based artists I’m liking…Wax Chattels, Miss June, The Echo Ohs and Teeks.

Music lovers, these are the albums you should be adding to your listening list