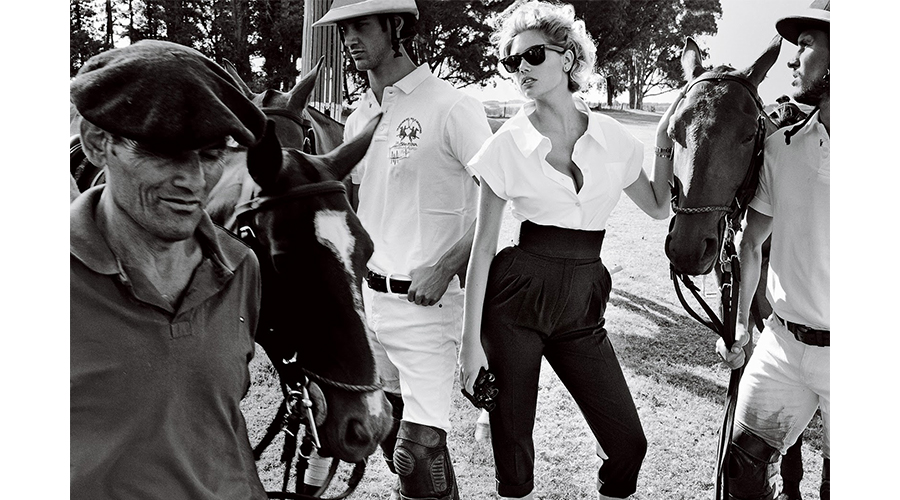 With polo season almost in full swing, we felt it pertinent to heed Everguide‘s reminder that there’s a lot more to spectating the prestigious sport than looking glam, poppin’ champagne and plain old horsing around…

1. It’s an older sport than you might think and didn’t actually originate with upper-class British chaps in chaps.
It’s the oldest team sport, used to be played in Turkey and Japan, and was spread widely by the Persians. The first recorded game of it was in 600 BC. If someone asks you how old it is exactly, nod sagely and say, “terribly old”.

2. Don’t call polo ponies ‘horses’.
All polo horses, regardless of age or size, are known as ‘ponies’. Calling them horses will give you away just like the English spy in Inglorious Basterds when he doesn’t do the ‘German three’.

3. You won’t be yelling, “get around him!” to miscellaneous muscled men running around a huge pitch.
Only four players are on the pitch at the one time on a team, so you’ll be able to see exactly who’s booting what where. Also, less “get around him” and more “jolly good shot!” we’d say. Try not to throw things at the umpire because he is on a pony too.

4. Goal: put ball through posts with mallet. Hit ball through opposite goal to side you are playing on.
It’s not too hard, really, except you can only hit the ball on the right side of your pony. Left-handers, sorry, guess you guys have to go play hockey or something.

5. You know that scene in Bend It Like Beckham with the sauce bottles? There ain’t anything half as complicated as twelve different mustards in polo.
The offside rule was removed in 1909, and now the only rule is really ‘don’t be a shit bloke’. Polo player Nacho Figueras (for real. The polo realm is a magical one) says, “I’ve been playing polo 20 years, and I still don’t understand. No, to give you an explanation: a foul is called when a dangerous play is made — or sometimes even before that dangerous play occurs.” It’s all about courtesy, and making things easier for you, dear champagning onlooker.

6. Pretend you know Ralph Lauren in the Ralph Lauren tent wearing Ralph Lauren.
Cheap knock-offs from Asia will probably pass, but it’s worth noting that Nacho is a Ralph Lauren model in his spare time, and has played with both Prince Harry and William. Ralph gets you places so get your hands on him.

7. Wedges are your friend, ladies, or even those huge platform shoes you have which make you look like Elton John.
Anything with a flat bottom – the tradition is to ‘divot stomp’ at the match’s halftime, where the players and spectators all push the turf down that’s been torn up by ponies. Apparently also used as a chance to schmooze, you don’t want to be the one girl making weak jokes about holes because your 5-inch high heel is well-implanted and stuck.

8. Refrain from your daily foot-long meatball Subway and get your head and stomach around some dainty little finger sandwiches instead.
You can have chicken if cucumber isn’t your bro and you don’t make friends with salad. Men, we know you like pies with your sporting offerings, but think of the way Jennifer Hawkins would look at you with tomato sauce all up on your nice white shirt.

10. “You are a cinema, I could watch you forever” – Benny Benassi/unofficial motto of Portsea Polo 2013.
They’re filming you. Get your game face on. Bully your friends into telling you when you have spinach in your teeth. Don’t be that girl at the end of the newsreel for Melbourne Cup day.