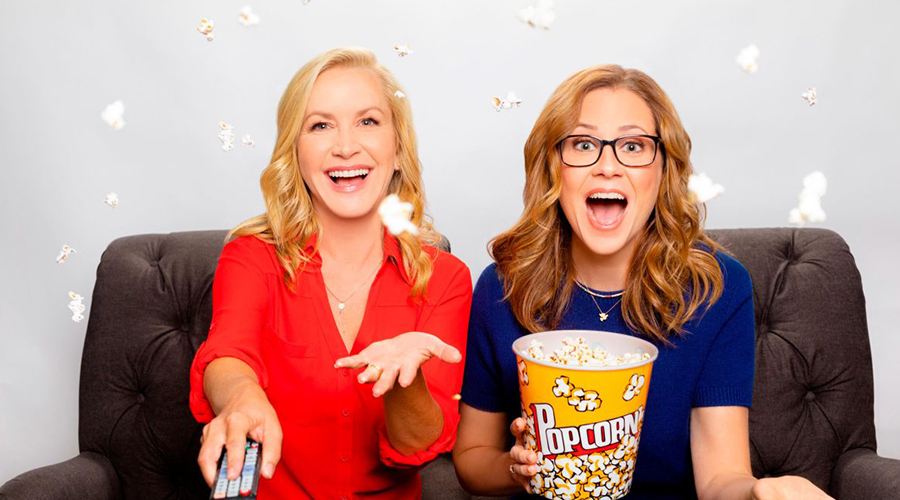 It’s the definition of a first-world problem, but running out of podcast material is pretty crushing. It makes you feel lost and uninspired and the mere thought of picking one new podcast from a sea of fresh soundbites is overwhelming. That’s where we step in. We’ve collated a list of debuts, fresh seasons, and a cherry-picked selection of older podcasts that might have slipped out from under your radar. Here are 15 of the most intriguing, informative, funny, mysterious, and downright mind-boggling podcasts that we believe you should be pressing play on.

George The Poet: Have You Hear George’s Podcast
Winner of Podcast Of The Year at the British Podcast Awards for good reason — this is spoken word poetry at its most compelling. It sees UK-based George The Poet deliver a fresh take on London life via storytelling, music and fiction.

Carrier
Over the course of seven episodes, we follow long-haul truck driver (Cynthia Erivo), who, during a night trip across rural America, discovers she’s transporting a trailer with disturbing, mysterious contents.

What Really Happened
Back for its third season, What Really Happened sees host Dwayne Johnson continue his deep dives into some of history’s most mysterious news stories and urban legends. Expect conversations on everything from the NXIVM sex cult to a set of suspicious billionaire murders.

Dolly Parton’s America
Beloved country music icon actress and philanthropist Dolly Parton reveals all about her storybook life — and what that tells us about modern-day America — in this new podcast by Radiolab’s radio host Jad Abumrad.

Work In Progress
She’s more well known for her role in One Tree Hill as she is for her conversational skills, but that’s all set to change with Sophia Bush’s new podcast Work In Progress. In it, she interviews some of her biggest inspirations — Gloria Steinem, Karamo Brown and Chelsea Handler have all featured — about how they’ve reached their goals to date, and where they think they’re heading.

Over My Dead Body
Season two of Over My Dead Body delivers an entirely different narrative to the much-applauded first season, and an incredibly unlikely one at that. ‘Joe Exotic’ is a story of a man who dedicated his life to raising and breeding the animals at his Oklahoma zoo. A messy feud between Exotic and the owner of a big cat sanctuary in Florida sees both pushed to the limits, and then beyond.

The Shrink Next Door
If you love true-crime, you’ll love this outrageous story about a neighbourly relationship between psychiatrist and patient that turns into something far darker than you could have ever imagined. It’s been pitched as the next Dirty John, FYI.

ExpediTIously
ExpediTIously is another celebrity on celebrity treat for the ears. This time around we’re subject to the opinions of loquacious rapper T.I, as he ignites eyebrow-raising dialogue on a range of social matters. Interviews with prominent names are peppered throughout, with the first episode featuring hip-hop legends Ice Cube and Ll Cool J.

The Hang
Singing sensation Gregory Porter lets us eavesdrop on the everyday conversations he has with his famous friends that include Annie Lennox, Jeff Goldblum, Amma Asante and Kamasi Washington.

Overheard at National Geographic
Have you ever wondered what it’s like to scuba dive under a pyramid? Or how an ancient Roman harbour mysteriously ended up in ruins? Or even what it would’ve been like if women were the first on the moon? National Geographic delves into all of these questions and more as it explores the most curious elements from our bizarre and beautiful world.

Dare I Say
This Harper’s Bazaar podcast, hosted by Olivia Wilde, brings together a wide range of feminist and politically active women to discuss everything from body positivity to abortion laws. It is frank and upfront, but never preachy, and delivers some great conversation-starting material.

Broken Record
Broken Record is back for its third season, bringing more of its high profile interviews and interesting in-depth narratives to the ears of music lovers everywhere. With the first two episodes featuring Jack White and Tyler The Creator, it’s safe to say we’re expecting great things.

Lend an ear: 8 podcasts to listen to for learning and personal growth

5 podcasts that the Denizen office are listening to right now

Listen: 5 podcasts that will improve your dinner table conversation