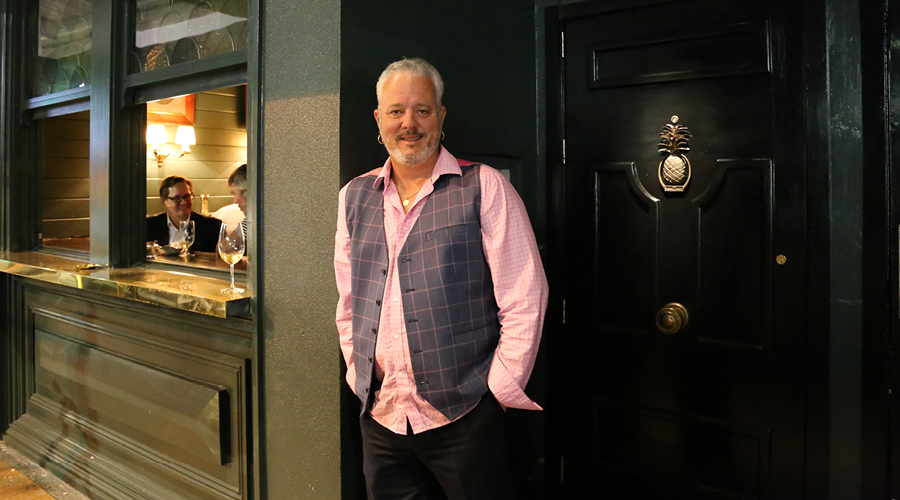 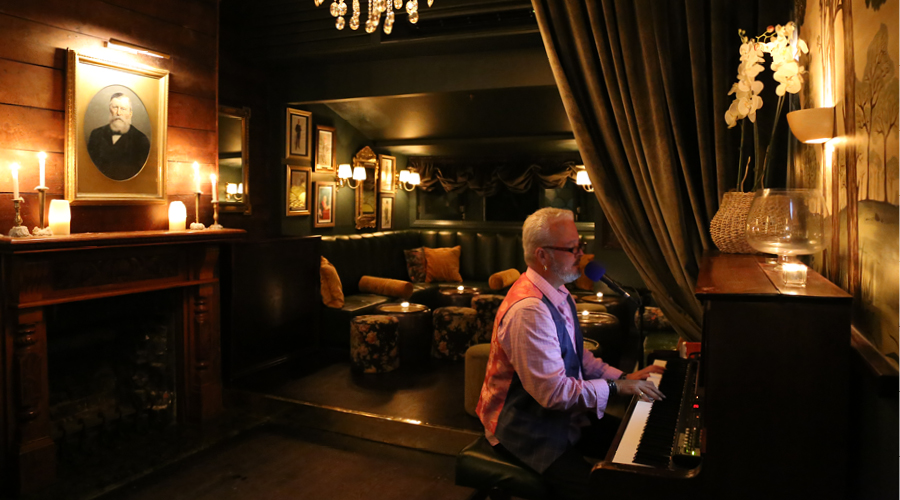 Last Wednesday evening, we made a beeline for our favourite Parnell institution, Pineapple Bar, to hunt the piano legend that is Deryn Trainer. With a permanent post on Wednesdays and Thursdays, he’s known to draw a crowd and croon away on the ivories late into the night. Having once been in charge of the duelling piano scene at the well-known Ivory Bar, as well as a 2008 Stars in their Eyes champion, we touch on his experience to date and why you should never ask him to play ‘Mustang Sally’.

How did you start out?
It was all about my mum. She and Dad bought a piano when I was four. I started doing the whole classical training thing then studied music at university etc. Mum saw a gift I was given and she encouraged it. No kid wants to sit at the piano and practice for hours, but I’m glad she persevered with me because I’m very lucky to make a living out of what I love doing rather than having to go to work.

What’s your favourite type of audience?
Well, the audience here is similar to the audience I had up at Ivory; they love to sing, they love to have a bit of a dance, they enjoy a bit of humour, they get involved. If they interact with you, they make it the most fun nights for me and hopefully I make it a fun night for them.

And what constitutes a fun night?
Lots of laughs, lots of singing. When this place is full, and everyone is singing — you’re flying. You could be playing at Wembley Stadium.

How did you get to this point in your career?
After university, I got into musical theatre but I got bored of that after a number of years and started playing in rock bands. I became Sir Howard Morrison’s Musical Director for 16 years. I’ve been singing, entertaining, writing and arranging for 33 years now.

What’s been the biggest highlight of your career to date?
I’m still looking for it. I really enjoy these smaller gigs probably because you’re more interactive with the audience. When you’re on a stage playing in front of 80,000 people, you can’t really see anyone, so having a nice intimate audience is actually a lot more fun.

How has Pineapple changed Parnell?
They’re certainly bringing the people back out; people are coming out after dinner for a drink or three, they’re kicking the nightlife back in.

Who are your piano playing idols?
There are too many. David Paich (keyboard player for Toto), Rick Wakeman from Yes, a great kiwi player called Keith Emmerson, to name a few.

Do all these guys play live as well? Do you think all pianists need to?
I think you get a bug at a certain age when you start young enough. It’s like a drug. In fact, it’s better. You’re actually taking the audience on a journey. And it doesn’t really matter whether it’s a big or a small crowd. Once you get them in the palm of your hand, that’s a great feeling.

So you don’t get sick of people requesting Elton John?
Hey, I’m entertaining them. I’m going to play what the people want.

What do people request most?
You know it’s funny, no matter what age group, the most requests I get are for Elton John or Billy Joel — they’re probably people who would never admit that they’re Elton John fans, but they know all the songs.

So what do you play to get the party started?
Billy Joel and Elton John! (Laughs) No, it depends on what people ask for. You get requests for all the classics — The Eagles, Van Morrison, Dire Straits, and I do all the classics. I am slightly selfish and have one or two songs that I just like for me and I play those to stay sane.

What are they?
It could be anything. I love doing Sting covers, like ‘Seven Days’. I love some Howard Jones and more obscure Billy and Elton songs that aren’t played on the radio.

If someone was to ask you to play any song, what would you love to play?
The only one I really hate is ‘Mustang Sally’. But in terms of songs I never get sick of, there’s ‘Africa’ by Toto and Elton John’s ‘Funeral for a Friend’. I also really love playing Dire Straits’ ‘Romeo and Juliet’, it’s something I love playing early in the night and people go ‘Ahhh, I haven’t heard that in ages’ but everybody knows it.

Do you have any crazy fans?
I used to. I don’t know if I should say in case she reads the article, but back at the Ivory Bar there was one lady who regularly came to gigs and she would bring a set of bongos and try to play along. Which was kind of lovely, but no rhythm matched anything I tried to do. It was rather off-putting but she kind of loved it, and that’s cool.

Does anyone try to hijack the piano?
Absolutely.

What do you do? Do you have to give them a stern talking to?
I’m a little more violent than that.

Denizen’s guide to the AAF: 5 events we’re most looking forward to