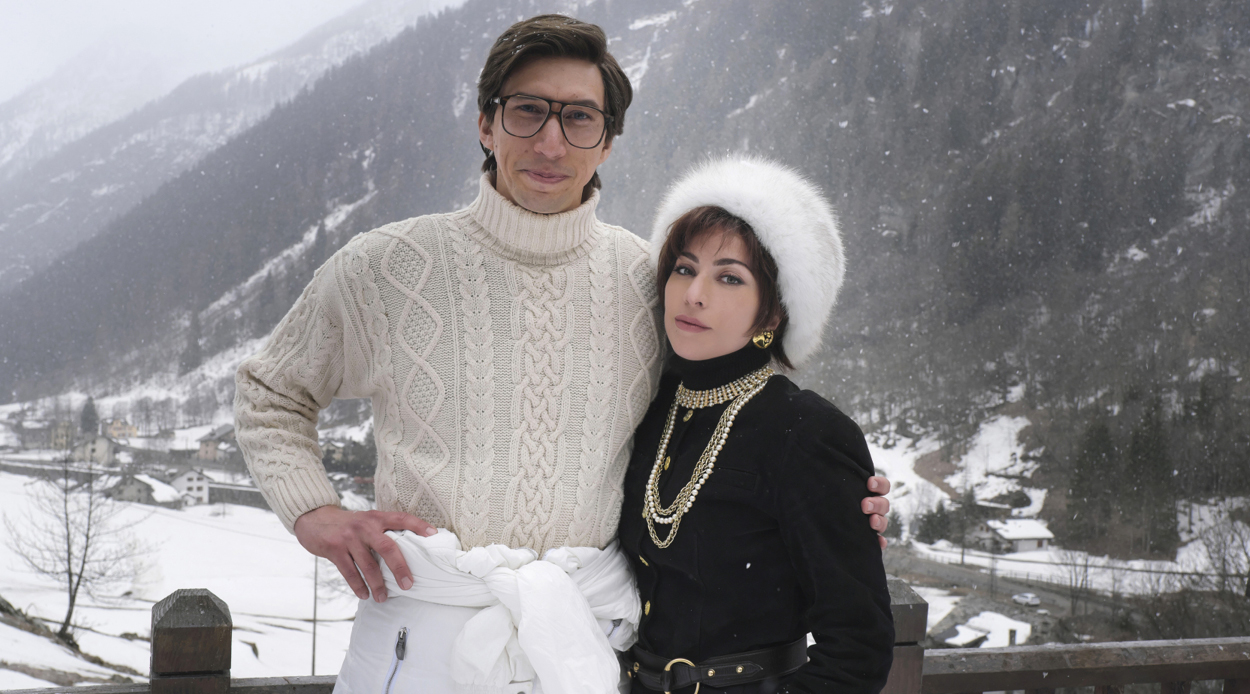 Adam Driver and Lady Gaga in 'The House of Gucci'. 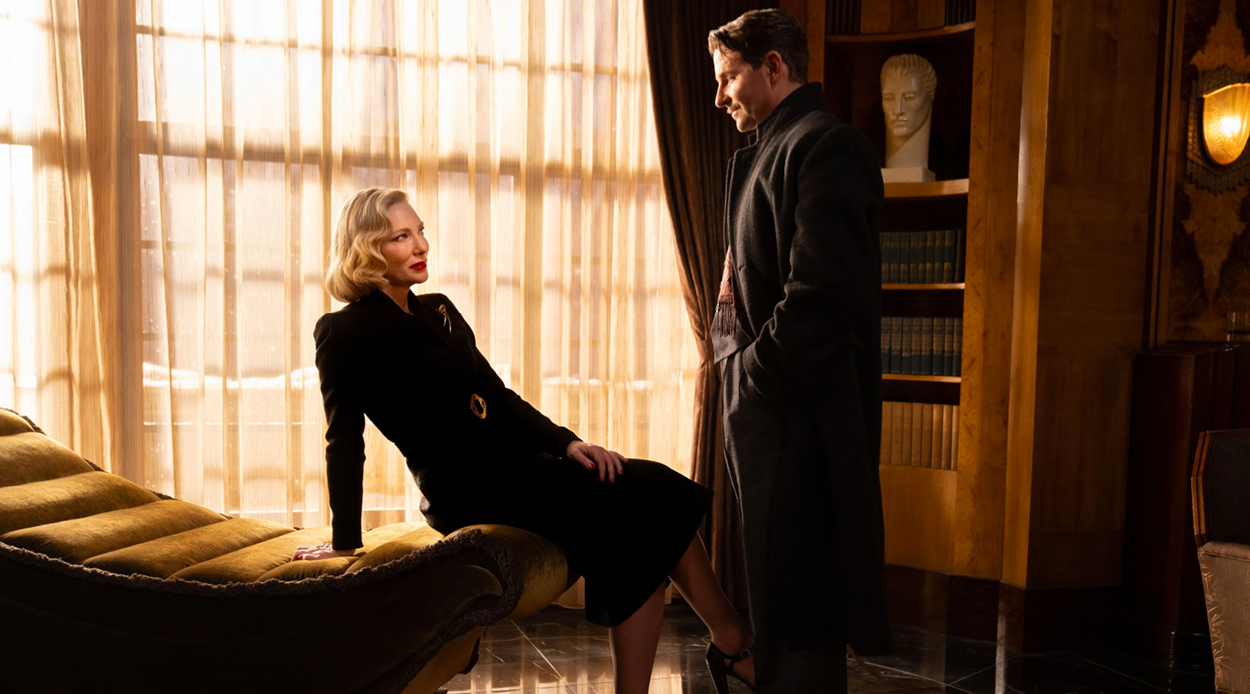 Cate Blanchett and Bradley Cooper and in 'Nightmare Alley'. 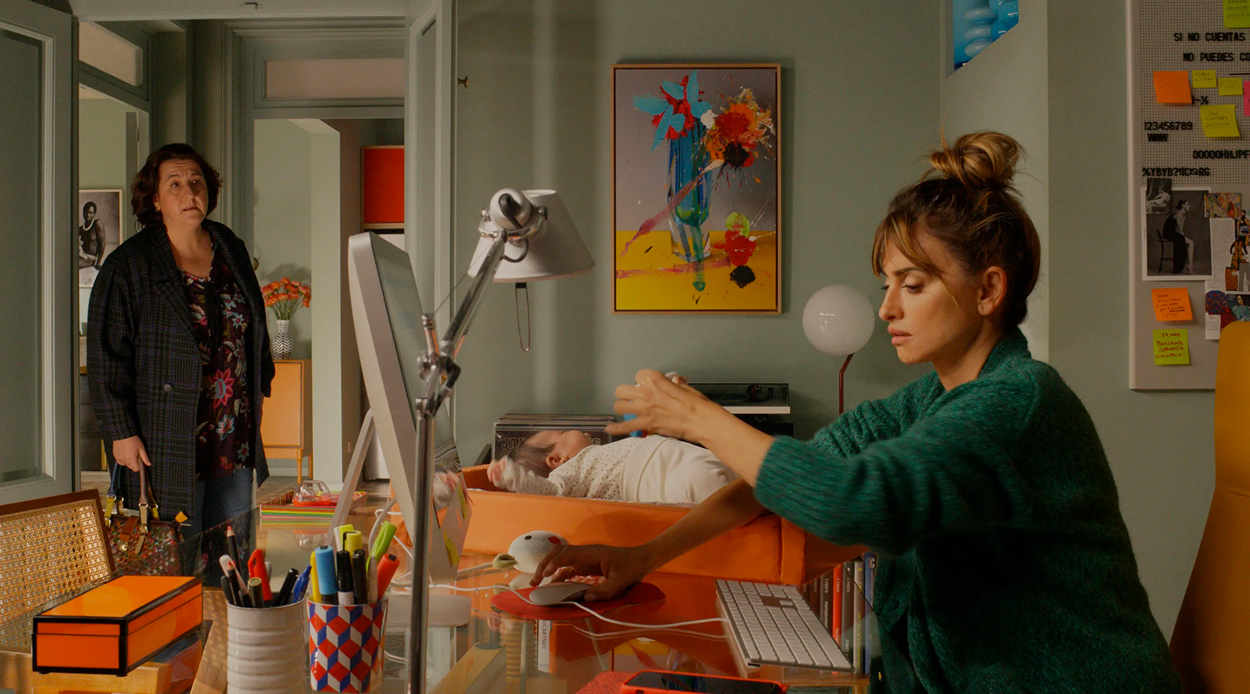 Award season is upon us, and with it comes the reminder that there are many great films we are still to watch. From the New Zealand-filmed The Power of the Dog to Joel Coen’s reimagining of The Tragedy of Macbeth, these films traverse time, place and action in the most remarkable way. In fact, the Academy Award nomination list reads as essential viewing for all film buffs.

The Worst Person in the World
The romantic comedy-drama is generating some serious buzz as ‘one of the best romantic films in recent years and is a contender to win the Best Foreign Picture at the Oscars. Despite having the role for ‘The Worst Person in the World’, the charming Norwegian actress Renate Reinsven won the Best Actress award at Cannes for her Julie, a young woman navigating relationships and a sense of purpose, which leads to some incandescent navel-gazing. In cinemas now.

The Power of the Dog
Tightening the reins on what a Western epic can be, The Power of the Dog is a masterpiece of a melodrama set in Montana. Written and directed by the critically-acclaimed Jane Campion, and filmed in atmospheric locations across Central Otago, it tells the gripping story of a staunch rancher who seems to despise his brother and his new family. Adapted from the riveting novel by Thomas Savage, there is a remarkable depth of character for the leads, Benedict Cumberbatch, Kirsten Dunst, Jesse Plemons and Kodi Smit-McPhee, while the audience is kept on tenterhooks until the final scene. Nominated for 18 Oscar categories, movie buffs are watching closely to see if The Power of the Dog has the power to make history for most wins in one night. Watch on Netflix.

Parallel Mothers
A leader of New Spanish Cinema, Pedro Almodóvar is known as much for his vibrant mise en scène as his intricate narratives. Once again working with his muse Penélope Cruz, Parallel Mothers looks at the bond built between two mothers who are in the same hospital room before they give birth, and the implications of their encounter that follows them home. In cinemas now.

Drive My Car
By contemporary Japanese filmmaker Ryusuke Hamaguchi, Drive My Car is a profound, poetic film that looks at grief and the depth of the human spirit. Based on a short story by Haruki Murakami’s best-selling collection, Men Without Women, and winner of the Best Screenplay at Cannes, this moving film has been called ‘gently momentous’ and a ‘masterpiece’ by critics. In cinemas now.

Belfast
Kenneth Branagh’s semi-autobiographical childhood drama is set at the start of the Northern Ireland ‘Troubles’ during the late 1960s, and follows its implications for a working-class family in the capital. Full of heart and a stellar cast, including Jamie Dornan, Caitriona Balfe, Judi Dench and Ciarán Hinds, it’s a captivating watch. In cinemas now.

Dune
Finally giving the Frank Herbert science-fiction novel the attention and cinematic techniques it deserves, Denis Villeneuve’s Dune is a modern masterpiece. While many will be attracted to the film by Timothée Chalamet and Oscar Isaac, Rebecca Ferguson and Jason Momoa also achieve standout performances on the desert planet, Arrakis. Dune already has a slew of BAFTA Awards to its name, and has 10 Oscar nominations to top it off. Watch on Apple TV and Neon.

CODA
In this Sundance film festival darling, Ruby (played by Emilia Jones) is the child of deaf parents (known as a CODA) who finds she has a unique talent for singing. Dealing with what it means to ‘find your voice’ while helping those who don’t have one, it’s a heartwarming film that pushes a known coming-of-age narrative to find new meaning. At the BAFTA Awards, Troy Kotsur won Best Supporting Actor, and made history as the first deaf actor to win in this category. CODA also won Best Film at the Producers Guild Award, often seen as a barometer for Academy Award wins. Watch on Apple TV.

Tick, Tick… Boom!
Directed by Lin-Manuel Miranda (who also has Encanto nominated this year), Tick, Tick…Boom! is the true story of Jonathan Larson and his genre-defying musical Rent. Played by Andrew Garfield, Larson feels the ticking of time as he reaches his 30th birthday and tries to finish the aforementioned musical — something that becomes even more poignant as the credits roll.

Spencer
If you’re looking for a sympathetic portrait of the royals, this is not it — but that doesn’t mean it shouldn’t be added to the top of your watch-list. Directed by Pablo Larrain (who also directed Jackie), Spencer stars Kristen Stewart who offers a deft portrayal of Diana, Princess of Wales. It takes place at the Queen’s Sandringham Estate during three days over the Christmas period, and is an imagining of what could have happened throughout that time. Diana’s marriage to Prince Charles has well and truly fallen apart, and she must try to make merry with the in-laws while she desperately tries to get to her childhood home on the same grounds. Watch on Prime Video.

King Richard
His daughters are sporting legends, and now the father of Venus and Serena Williams gets his turn on the podium in this emotive biopic starring Will Smith. King Richard focuses on the drive and tenacity of Richard Williams, who was undeterred in his mission to raise two tennis greats. Watch on Apple TV.

House of Gucci
One of the most anticipated films of the past year, Ridley Scott’s The House of Gucci assembles Al Pacino, Adam Driver, Lady Gaga, Jared Leto and Salma Hayek in the stranger-than-fiction story of the Gucci fashion family. Based on the book The House of Gucci: A Sensational Story of Murder, Madness, Glamour, and Greed by Sara Gay Forden, this cinematic drama is beautiful to watch, even if it has the making of a tragedy. Watch on Apple TV and Neon.

Licorice Pizza
Paul Thomas’s Licorice Pizza is a charming coming-of-age film following a romance between a successful child actor, played by Cooper Hoffman, and his high school bitter-sweet-heart, played by Alana Haim (of the sister band Haim). Set in the San Fernando Valley of the 1970s, and also starring Bradley Cooper (as Hollywood hairdresser and producer), the film has been met with controversy for some of its scenes that show dated behaviours of the past, but it is still generating Oscar buzz. In cinemas now.

The Lost Daughter
With an electrifying cast of Olivia Colman, Dakota Johnson and Paul Mescal, The Lost Daughter takes us on a terrible vacation, as a woman’s encounter with a brash young family makes her question the difficult decisions she made during her own early motherhood. An adaptation of the eponymous novel by Elena Ferrante, and the directorial debut of Maggie Gyllenhaal, this movie is menacing yet moving. Watch on Netflix.

The Tragedy of Macbeth
Something wicked(ly good) this way comes, The Tragedy of Macbeth. Bringing together fellow Academy Award-winners, and one of the greatest plays of all time, Joel Coen directs Denzel Washington and Frances McDormand for a new take on Shakespeare’s classic tragedy. The tale of a Scottish lord who becomes obsessed with a prophecy is filmed in bone-chilling black and white scenes. Watch on Apple TV.

Nightmare Alley
Renowned filmmaker Guillermo del Toro has assembled a cast of award season icons — Bradley Cooper, Cate Blanchett, Rooney Mara, Toni Collette and more — for a crime-drama of epic proportions. Based on the novel by William Lindsay Gresham, and already adapted for screen in 1947 (by director Edmund Goulding), this neo-noir is set in 1940s New York and sees a carnival worker contort himself to become a high society mentalist, where he meets a dangerous psychologist and dabbles in spook shows. Watch on Apple TV and Disney+.

Being the Ricardos
One thing we’ve noticed over the Oscars years is that the entertainment industry sure likes to see itself reflected back on the screen. Based on true events, Being the Ricardos follows the stars of the 1950s sitcom I Love Lucy. Lucille Ball and Desi Arnaz are played by Nicole Kidman and Javier Bardem, respectively, under the masterful filmmaking eye of Aaron Sorkin. Set during only one week of production, it shows the famous couple (who have also been given the documentary treatment in Lucy and Desi by Amy Poehler, recently) facing a crisis that could end their careers, and their marriage. Watch on Prime Video.

No Time To Die
If you haven’t seen the new 007 film yet, you’re likely living under a rock — perhaps in a subterranean stronghold of a Bond villain. If, for any other reason, you haven’t seen the latest instalment from the Ian Fleming franchise, now is the time to get up to date as No Time to Die has been nominated for best music, sound and visual effects. The final outing for Daniel Craig as Bond, No Time to Die is thoroughly contemporary, even with the quips, and the most compelling yet. Watch on Apple TV, Prime Video and Neon.

Cruella
Disney’s most chic villain has her own live-action re-make, starring Emma Stone in the titular role. Set in the punk-rock era of 1970s London, this stylised reimagining of the classic story paints Cruella as Estella, a young, creative grifter, determined to make a name for herself in the world of haute couture, before a series of events sees her transform into Cruella de Vil. We do love a misunderstood femme fatale. Watch on Disney+.

In the Eyes of Tammy Faye
Two of the original televangelists, Tammy Faye and Jim Bakker, get their close-up in this biographical drama. In the leading roles, respectively, Jessica Chastain and Andrew Garfield also get quite the makeover as they chart the rise and fall of the world’s largest religious broadcasting network, and Tammy’s eventual redemption. Watch on Disney+ and Apple TV.

West Side Story
Bringing a modern cinematic beauty to a Broadway classic, Steven Spielberg’s West Side Story is a tragic allegory of young love and fierce rivalries in 1950s New York. Starring Ansel Elgort as Tony and Rachel Zegler as Maria, it’s time to be swept away by this monumental musical. Watch on Disney+.